The new NVIDIA GeForce GTX 750 Ti and GTX 750 GPUs showcase the ability of this first-generation Maxwell architecture to do more with less.

A GeForce GTX 750 Ti running at 1080p resolution doubles the performance and uses half the power of the GTX 550 Ti, which was built with the Fermi architecture, and is one of the most used NVIDIA GPUs, according to the Steam Hardware Survey.

The GTX 750 Ti also approximates the performance of the GeForce GTX 480 — a $499 flagship product also based on the Fermi architecture — while consuming only one-fourth the power, or 60 watts.

“We know that to advance performance, we must advance performance per watt, because every system we design for has a power limit — from supercomputers to PCs to smartphones,” said Scott Herkelman, general manager of the GeForce business unit at NVIDIA. “That’s why we architected Maxwell to be the most efficient GPU architecture ever built.”

The GTX 750 Ti GPU’s small physical design — at only 5.7-inches long — doesn’t require an internal power connector. Thus, gamers with PCs equipped with integrated graphics or other small form-factor designs can switch over for a great gaming experience at 1080p, without needing to upgrade their power supply or deal with increased energy costs.

Because the GTX 750 Ti consumes so little power, it runs extremely quietly and generates very little heat, making it perfect for use in home theater PCs, as well.

The GTX 750 Ti and 750 GPUs also include support for NVIDIA’s breakthrough GameWorks program and unique gaming technologies, including:

“NVIDIA understands that delivering a next-gen gaming experience means a lot more than cranking up the clocks, heat and noise just to eke out a few extra frames per second,” said Tony Tamasi, senior vice president of content and technology at NVIDIA. “Our GameWorks technologies, combined with the performance, power efficiency and cool and quiet operation of the GTX 750 Ti and 750, dramatically change the way gamers can play.” 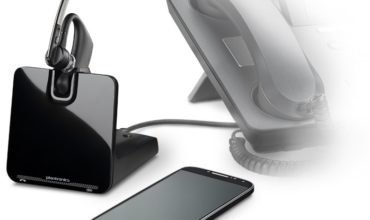