Gigabyte, the components specialist, sent us the G1.Sniper 5 Motherboard a couple of days ago for review. This one comes packed with almost everything you’ll ever need to build a high-performance gaming PC. The motherboard is based on Intel’s latest Z87 chipset and comes packed with a set of new and improved features to take full advantage the Intel 4th Gen Core processor in an LGA 1150 package.

What’s more, the Gigabyte G1.Sniper 5 Motherboard is an industry first that allows you to customise the onboard operational amplifier. It also comes loaded with dual networking, maxed out multi-card gaming support, advanced cooling, and cool looks – so on paper it seems like a match for serious gamers. Let’s see how it performs in real works tests.

First things first – the G1. Sniper 5 has some killer looks and good feature-sets. It has a bigger footprint than standard ATX motherboard – since it is 0.8-inch wider,  the motherboard easily gets into the XL-ATX category. Hence, the motherboard may not fit into smaller ATX cases. The G1. Sniper 5 also comes with a selection of software applications such as the “Killer” NPU Software Stack for the includes Qualcomm Atheros ‘Killer’ E2205 network processing unit, Sound Blaster Pro Studio for the included Creative Core3D audio chipset and its associated controller, Gigabyte App Center, the @BIOS program which lets you flash the BIOS, and a USB Blocker program that lets anyone with administrator rights the ability to pick and choose what types of USB devices can be seen by the OS. In addition, Gigabyte also bundles an EZ Setup that gives users a simple way to quickly and easily switch between IDE, RAID and AHCI disk modes from within Windows without having to modify or re-install the OS.

The G1. Sniper 5 allows you to add up to four graphics cards and 10 storage devices – so it is imperative you have a huge PC enclosure to accompany all of that configuration. The motherboard also supports quad CrossFire and SLI configs – this is quite impressive because usually most Z87 boards are limited to two-card setups that split the CPU’s 16 PCIe Gen3 lanes evenly between a pair of x16 slots.

The rear cluster of the motherboard includes pretty much everything you would ever need in terms of connectivity. There’s one DisplayPort out, six USB 3.0 ports, and pairs of HDMI, S/PDIF audio, Gigabit Ethernet, and USB 2.0 ports. There’s even a combo PS/2 jack for conncting a keyboard.

We used a Windows 8 based test bench for this review that included an Intel Core i5-4670K processor running at 3.40-GHZ. The processor was provided by Gigabyte for this review. The test bench also included 2 X 8GB DDR3 SDRAM, a 256 GB SSD, and an 800 W PSU. As mentioned earlier, we used Microsoft Windows 8 Enterprise 64 bit operating system for the real world tests.

Most motherboards today have little impact on overall system performance. The CPU and GPU generally dictate application and gaming performance, while the storage subsystem—specifically, whether there’s an SSD installed—can influence load times and general responsiveness. We ran a couple of motherboard benchmark suites to assess the overall performance and power consumption.

Gigabytes’s G1 series of motherboards are commendable and are one of the most highly regarded on the market. The G1.Sniper 5 does offer a lot more features and add-ons that its predecessors, in a well implemented gamer-focused design. Thus, the G1. Sniper 5 is truly the best G1 motherboard Gigabyte has ever produced and arguably one of the best LGA 1150 gaming orientated motherboard’s available on the market today. 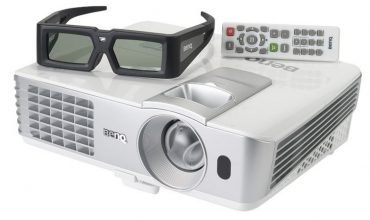 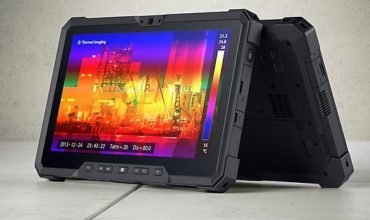