ASUS Republic of Gamers (ROG)  announced the launch of Poseidon GTX 980 with DirectCU H2O, a new graphics card with a hybrid thermal solution that enables efficient cooling by either air or water. GTX 980 is for gamers that want superlative performance without compromise.

The new graphic card is fitted with exclusive DirectCU H2O technology, which employs a combined air and water channel to provide complete flexibility for the user.

A custom vapor chamber is in direct contact with the card’s GPU for faster heat dispersal, while copper heat-pipes and extended cooling fins further transfer heat out and away from the card to keep it running cool. With water cooling, the ROG Poseidon GTX 980 achieves up to 27°C-lower running temperatures than reference designs — translating to gaming performance that’s up to 10% faster in Watch Dogs and 7% faster in Battlefield 4.

With standard G¼-inch threaded fittings, GTX 980 easily accommodates existing cooling equipment, so users can get going with water cooling right away. It also features dust-proof fans that are both quiet and help keep the card free of particulates, reducing the need for routine cleaning or maintenance. 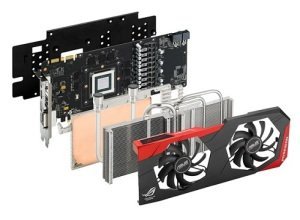 ROG Poseidon GTX 980 features LED lighting that glows red and pulsates when the card is active, making it ideal for showcasing in an enthusiast PC build.

ASUS GPU Tweak software is also a part of the ROG Poseidon 980’s repertoire, an exclusive tuning tool that allows quick, simple and safe control over video-memory clock speeds, cooling-fan speeds and power-consumption thresholds — allowing the GPU to be pushed to its limits.

The GPU Tweak Streaming tool lets users share on-screen action over the internet in real time, so others can watch live as games are played. It’s even possible to add a title to the streaming window along with scrolling text, pictures and webcam images. 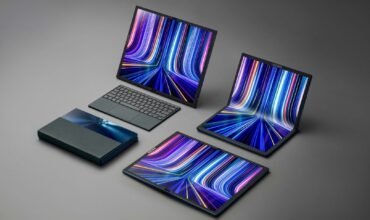 For ASUS, gaming market is a major focus area