Tech startup Soluqi recently launched its seamless online website builder, empowering business owners, entrepreneurs, and individuals to create custom branded websites in either Arabic or English. Soluqi breaks both language and cost barriers by allowing users to quickly create a website in Arabic for free, without any formatting or coding.

“The Arabic web is currently growing at four times slower than the global average. Having a system that enables non-English speakers to build affordable and easy Arabic websites is vital to preserving the language in the online realm. Out of 430 million native Arabic speakers, over 80 million do not speak English, making the need for Soluqi that much greater,” said the company in a statement.

Soluqi was created with a simple mission: to empower people of all languages to promote their own voice, brand, and business online without the hassles of coding, translations, or formatting. With a few simple keystrokes, Soluqi’s platform now puts the power to create websites in the hands of Arabic speakers throughout the world as it enables both Arabic (right-to-left) and English (left-to-right) websites to be published online without the need for any technical skills.

“Being online is critical for growing a small business. The lack of tools available, in addition to cost, time, and communication hurdles have made the process of working with web design agencies daunting for entrepreneurs in the region. This in part explains the lack of growth in the Arabic web,” added the company.

Soluqi aims to empower both local and regional companies with an easy to use website and offers a multitude of Arabic features which have not been previously available locally such as Arabic User Interfaces, Arabic Websites, Arabic Educational Material, 24/7 Arabic Customer Service, and more. Aware of the high mobile penetration in the region, all Soluqi websites are created in a mobile-friendly format, allowing users to have optimal performance directly from their smart phones.

“Soluqi’s software has the opportunity for bridging cultures and languages. The company aims to continue growing into key international markets such as Iran and Pakistan, and execute a strategic localization strategy, with the hopes of enabling Farsi and Urdu capabilities in the near future,” the company said.

Soluqi’s Founder, Benjamin Balazs, commented, “After many years of research and development, I am thrilled to finally launch Soluqi’s web development platform in the region. We look forward to expanding our existing offering into a multitude of languages in order to make utilizing, designing and marketing both business and individual projects as easy and cost effective as possible, not only for our valued users in the GCC but around the world. The Soluqi is a dog native to the Middle East, known throughout the region for its lightning fast speed and superior intelligence. It’s only fitting that Soluqi is named after the highly efficient animal, as it aims to provide extremely quick and intelligent web design for users worldwide.”

Users can create a free profile with a Soluqi domain or purchase a Premium profile for just $99 per year ($19 per month).

Twitter Rolls Out a New Look With Fresh Updates 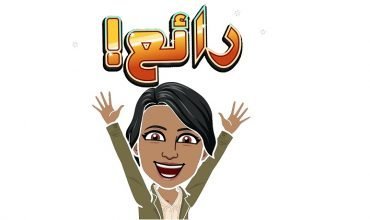