Apple is expected to launch its new iPhones in September, based on its usual timetable. Today, there’s more reason to believe this because people who have knowledge on the Cupertino giant’s plans have leaked the date of its launch event for the 10th anniversary iPhone and its other products. According to Wall Street Journal, insiders have disclosed that Apple set the date for its big launch event to be on Sept. 12. The product-announcement event will be the venue for the introduction of three new iPhones, a new smartwatch and an upgraded digital media player. The leaked date reinforces the belief that the tech giant has, per usual, planned to release its new products ahead of the holiday shopping season.

This new revelation has certainly quashed rumors and speculations that Apple has opted to delay the launch of its upcoming flagship phone, the iPhone 8. Previously, it was reported that Samsung’s biggest rival opted to launch the handset either in October or November due to some development and production setbacks such as the company’s failed attempt at embedding the fingerprint sensor into the device’s display.

While the iPhone 7s and iPhone 7s Plus are expected to be minor upgrades from last year’s models, the iPhone 8 is presumed to be a major update to the iPhone series. It is even reportedly arriving in extremely limited quantities and a very expensive price tag due to the advanced technologies and features it would be packing. For instance, there’s the border-less OLED display that’s going to give the iPhone 8 its distinction from its predecessors and other flagships on the market.

Apart from the three new iPhones, Apple is also hard at work at preparing for the introduction of its new Apple Watch Series 3 and improved Apple TV. Apple’s next smartwatch and digital media player are reportedly minor upgrades, but their new features would be more than enough to lure consumers into buying them. For instance, the new smartwatch will come with cellular connectivity, improved battery and possibly a front-facing FaceTime camera. On the other hand, the next-generation Apple TV will reportedly have support for 4K ultra-high resolution content and HDR for better colors and contrast when streaming content.

Apple Ties up with Vive to Support VR on Macs 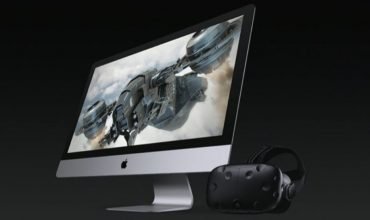 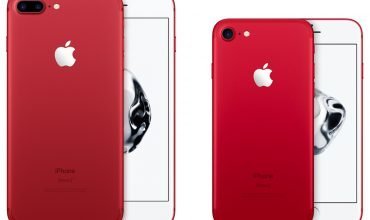