2017 was somewhat a hit or miss in terms of movies that came out of Bollywood. While many movies by B-Town biggies failed to entice the movie-going crowd, many new-comers managed to mark their presence. Thus, 2018 will be a challenging year for the Bollywood film fraternity to come out with new and exciting movies to keep the audience glued to their seats.

Having said all of that, let’s look at the biggest movies coming this year… 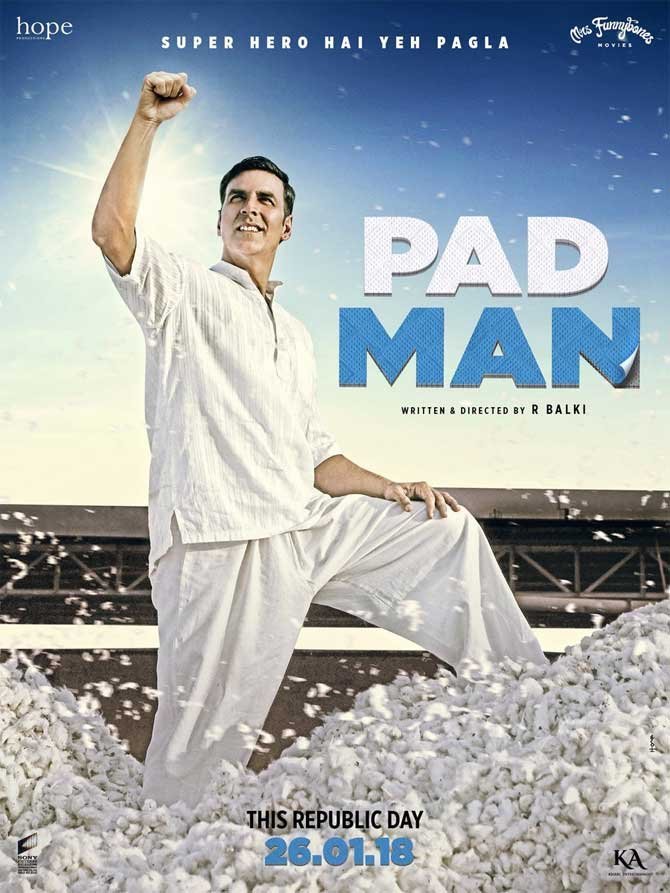 Pad Man is a fictionalized account of Padmashri Arunachalam Muruganatham, the man who revolutionized the manufacture of the low cost sanitary napkin in India. Lakshmi is a newly married, humble welder from a rural village in the heart of India. Lakshmi’s incredible journey starts when he is shocked to discover that his wife uses an unhygienic cloth during her periods. Unable to afford a branded pad, he decides to make a sanitary pad himself. His journey to make India a 100% pad using country goes on – even today. 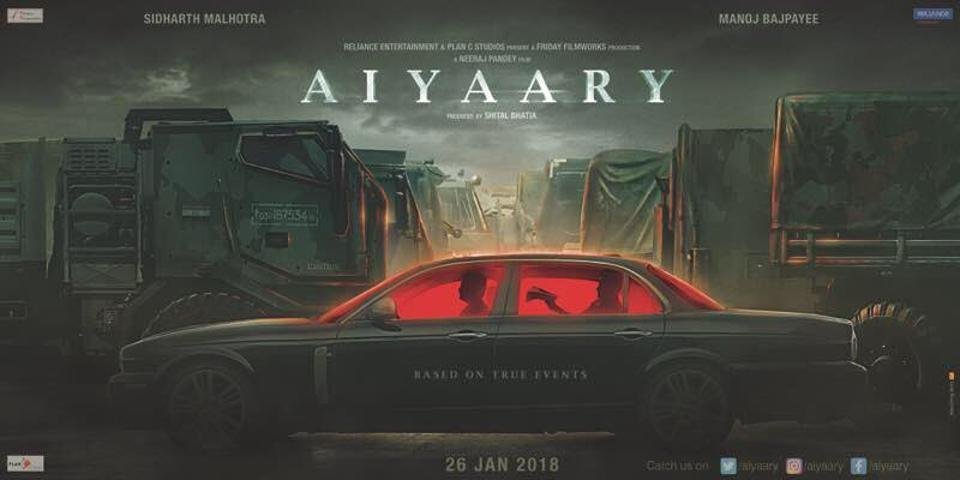 Hichki (English: Hiccup) is an upcoming Indian Bollywood drama film, directed by Sidharth P Malhotra and produced by Maneesh Sharma under the banner of Yash Raj Films. The film is an adaptation of Hollywood film Front of the Class (2008), which itself was based on the book, Front of the Class: How Tourette Syndrome Made Me the Teacher I Never Had by Brad Cohen, of which Yash Raj Films acquired the rights. The film stars Rani Mukerji in the lead role of a teacher having Tourette syndrome.

Parmanu: The Story of Pokhran 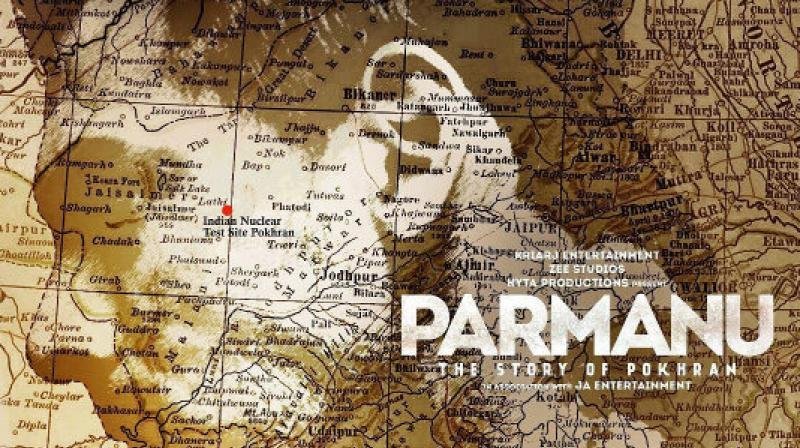 Parmanu: The Story Of Pokhran is an upcoming Indian Hindi film, Directed by Abhishek Sharma and produced by Zee Studio, JA Entertainment and KriArj Entertainment and written by Saiwyn Quadras, Sanyuktha Chawla Sheikh and Abhishek Sharma. The film is based on the nuclear bomb test explosions conducted by the Indian Army at Pokhran in 1998. It features John Abraham and Diana Penty in lead role. 2.0 is an upcoming Indian science fiction film written and directed by S. Shankar, co-written by B. Jeyamohan, and produced by Subaskaran Allirajah, founder of Lyca Productions. This is first Indian film that is directly shot in 3D. The movie serves as a sequel to the 2010 Tamil film Enthiran, and features Rajinikanth reprising the roles of Dr. Vaseegaran and Chitti, alongside Akshay Kumar and Amy Jackson.

Manikarnika: The Queen of Jhansi 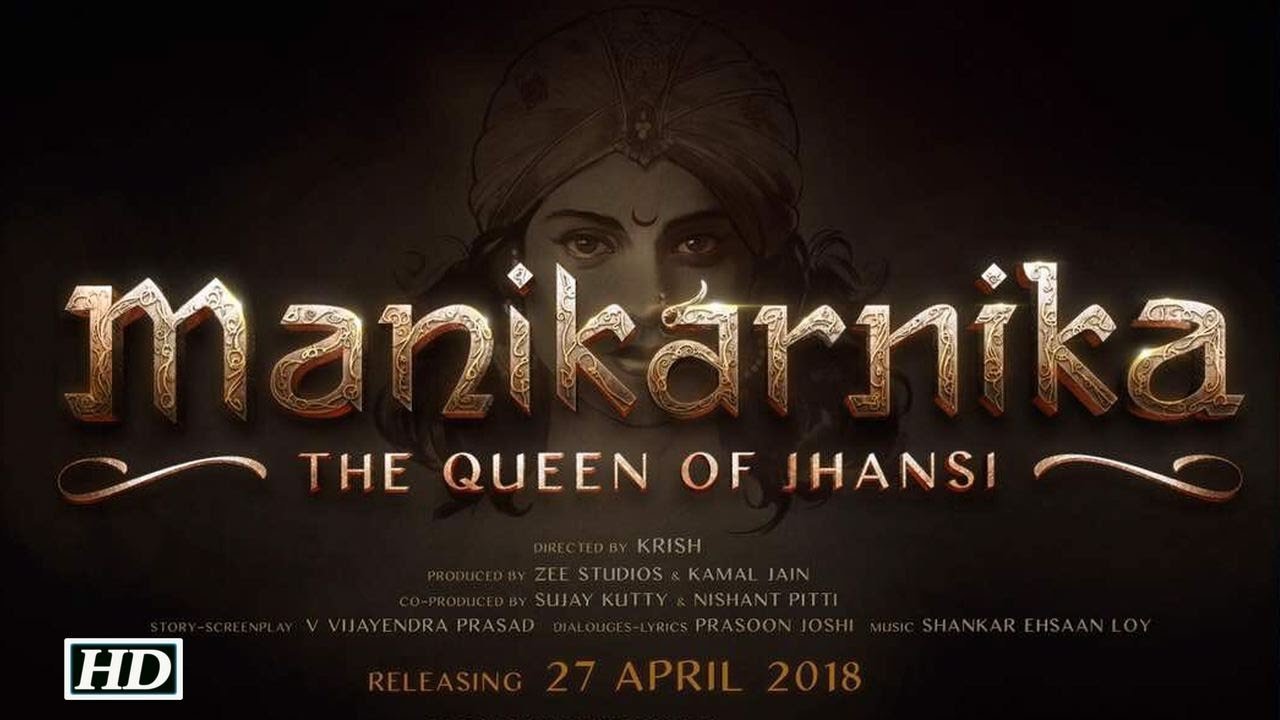 Manikarnika: The Queen of Jhansi is an upcoming Indian epic biographical film about the life of Rani Laxmibai of Jhansi. It is being directed by National Award Winning Director Krish and produced by Zee Studios in association with Kamal Jain Co-Produced by Nishant Pitti of EaseMyTrip. Kangana Ranaut plays the title role of Rani Laxmibai. Raazi (English: Agree) is an upcoming Indian period thriller film directed by Meghna Gulzar and produced by Karan Johar. It features Alia Bhatt and Vicky Kaushal in lead roles. The film is an adaptation of Harinder Sikka’s novel Calling Sehmat, about a Kashmiri spy married to a Pakistani man during the Indo-Pakistani War of 1971. 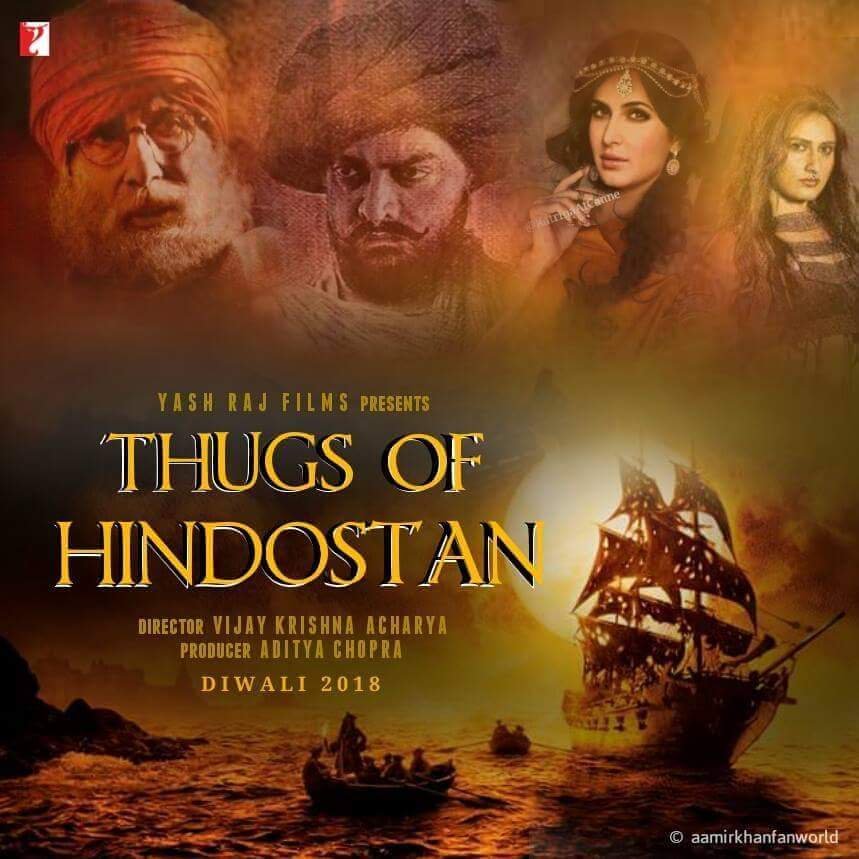 Thugs of Hindostan is an upcoming Indian Hindi-language epic period action adventure film written and directed by Vijay Krishna Acharya. The film stars Amitabh Bachchan, Aamir Khan, Katrina Kaif and Fatima Sana Shaikh. The film is based on Philip Meadows Taylor’s 1839 novel Confessions of a Thug, about a Thug called Ameer Ali, whose gang of Thugs posed a serious challenge to the British Empire in India (then known as Hindustan or Hindostan) during the early 19th century. 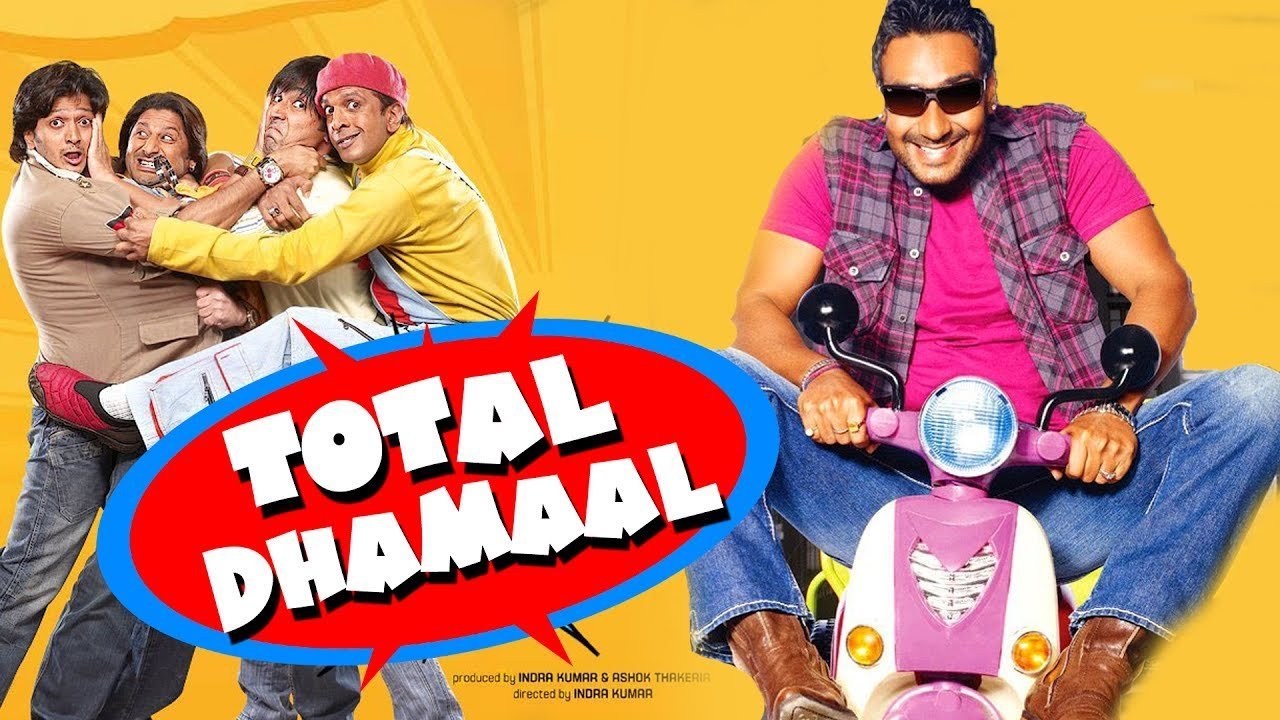 Total Dhamaal is an upcoming Indian comedy film, directed by Indra Kumar. It is the sequel to film Double Dhamaal (2011) and the third installment of the Dhamaal film series. Riteish Deshmukh, Arshad Warsi and Jaaved Jaaferi reprise their roles from the previous films. Anil Kapoor, Madhuri Dixit, Ajay Devgn, Boman Irani and Sanjai Mishra are the new addition to the film’s cast. 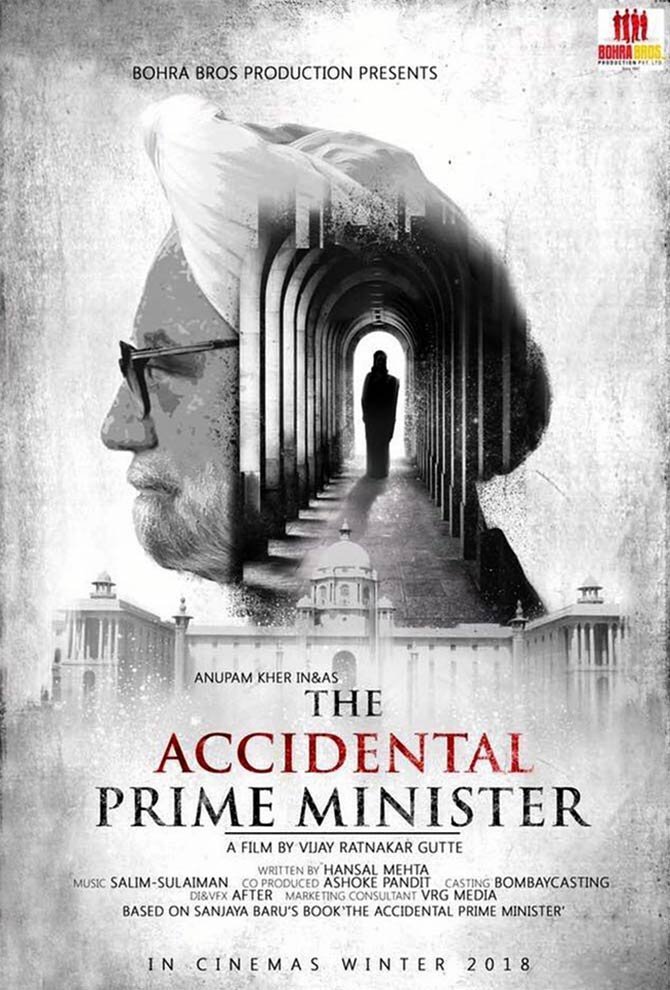 The Accidental Prime Minister is an upcoming Indian biographical political film written by Hansal Mehta. The film stars Anupam Kher as Manmohan Singh, the economist and politician who served as the Prime Minister of India from 2004 to 2014 under the United Progressive Alliance. It is directed by Vijay Gutte. The film is based on the 2014 memoir of the same name by Sanjaya Baru. 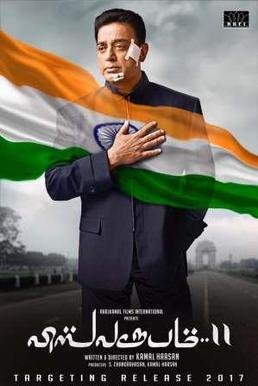 Vishwaroopam II (titled Vishwaroop II in Hindi) is an upcoming Indian spy thriller film simultaneously being made in Tamil and Hindi language. Written and directed by Kamal Haasan, it is the sequel to Vishwaroopam (2013) and features himself alongside Rahul Bose, Pooja Kumar and Andrea Jeremiah, reprising their roles. While the first film was set in the United States, Vishwaroopam II is set to take place in India.

Think we missed a movie? Sound off in the comments section below! 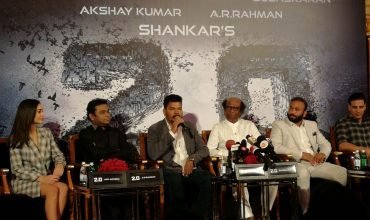 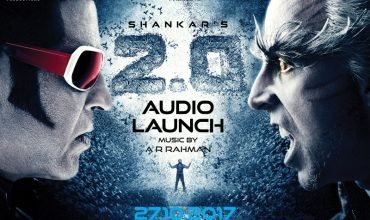