When Jeff Bezos, the world’s richest man and Amazon’s CEO, went public with his accusations of blackmail against the National Enquirer, he was hailed by many for his courage. However, if a similar story would have happened to a not-so-famous and influential person, all this situation may have looked a bit different.

Privacy and security experts warn that with the rise of social media and other online tools cyberbullying is on the rise. There are many forms of cyberbullying, starting with seemingly innocent fraping to hurtful cyberstalking or catfishing. Sometimes, cyberbullying is a just digital extension of traditional types of bullying or might even extend to traditional media.

“The privacy paradox shows that even though people express privacy concerns and fear identity theft, they still tend to reveal their personal details online for the sake of creating their online persona,” says Daniel Markuson, a digital privacy expert at NordVPN. “Many studies reveal, that people tend to send nude photos, share intimate feelings or leave webcams open.”

According to NordVPN’s digital privacy expert, each person can do small steps to stay as safe online as possible:

2. Realize that everything you post online will stay online. Tweets or photos that one posts as a college student will still be there when they are a company director down the road. Same rules apply to the photos you send your friends, as those people might be not your friends in the future. Therefore, online privacy might have a different value to the same person after some years. To stay protected, don’t share anything now that you might regret later. To avoid blackmail or extortion, don’t share personal or embarrassing photos with anyone.

3. Don’t overshare feelings, not only data. According to one study, people who share their feelings or other vulnerable information on social media often get bullied, while others look on and allow harassment to happen. It’s more advisable to share personal feelings in close and friendly circles than publicly.

4. Protect your passwords and understand public Wi-Fi dangers. Some forms of cyberbullying include targeted hacking, and identity theft, which means securing your data is of utmost importance. Exercise caution and, among other things, secure your passwords. By the way, cafes, shops, and even school cafeteria offer unsecured Wi-Fi networks. Users need to be especially cautious when connecting to these networks — as they can easily be monitored. One of the best ways to safely use public Wi-Fi is by installing a VPN, like NordVPN.

5. Educate children and teens about cyberbullying. 42 percent of teens with access to the internet say they have been victims of cyberbullying. Besides teens, who are more vulnerable to personal attacks and prone to hurting themselves, should be taught basic tactics of dealing with a cyberbully. The tactics include not responding to bullying messages, blocking the bully and reporting the incident. Schools should have systems in place that allow easy and efficient cyberbullying reporting.

Cyberbullying is a huge problem for anyone using the internet – and that includes teens, children, adults, all countries and all professions. Unfortunately, it cannot be avoided, because cyberbullying is not caused by technology – its source is human behavior, and technology only enhances it. The best way to protect oneself is to stay as private online as possible.

How to clean up your digital history and stay safe online 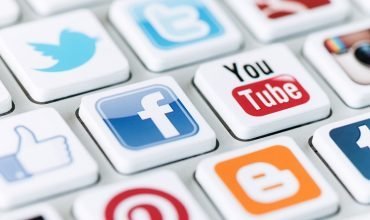 UAE is the 3rd most vulnerable country to cybercrime