With electrification and automation emerging as the core of all discussions taking place at this year’s edition of the Dubai International Motor Show, battery-powered cars are taking the motoring industry by storm.

The increased pressure on reducing emissions and using clean energy reaffirms the importance of Electric Vehicles (EVs) as the future solution, a key focus area that exhibitors are championing at the 15th edition of the Dubai International Motor Show, in addition to the significant role that EVs will play in future cities.

Manufacturers are keen to show that going electric doesn’t just mean eliminating an internal combustion engine. The design, form and functionality of an electrical-based model gets a makeover too. Staying ahead of the global innovation in electrification, brands at the Dubai International Motor Show have been showcasing their sleek EVs. Leading the electric revolution, manufacturers, including Mercedes with the EQC, BMW with the i3, Jaguar with the I-PACE, General Motors (GM) with the Chevrolet Bolt, and Mitsubishi with the PHEV Outlander, announced that they would launch new or next generation model electric cars in the Middle East region in the next year. Also debuting in the Middle East for the very first time are GAC Motor’s new electric vehicles – the AionS, and the GE3.

GM’s President John Roth reinforced the company’s commitment to zero emissions, zero congestion and zero crashes with the roll out of the next generation Chevy Bolt and its Onstar connected car platform.

Bruce Robertson, Managing Director at Jaguar Land Rover Middle East and North Africa commented on Dubai and the region’s solid commitment to helping reduce carbon emissions by 16 per cent by 2021, aligned with its Jaguar I-PACE which is set to redefine the electric vehicle space. Live demonstrations of how energy can be used are also being showcased across the show floor. Nissan is offering visitors a chance to get a hands-on experience on what the future of energy-sharing looks like through the use of vehicle-to-grid (V2G) solutions which can be seen at the brand’s stand. Visitors are encouraged to produce energy for the Nissan LEAF that powers a barista station for a freshly brewed cup of cappuccino.

Thierry Sabbagh, Managing Director of Nissan Middle East, said “Nissan has been a pioneer in EV technology for decades. In 2010 we introduced the world’s first mass-market EV, Nissan LEAF, that today is the world’s best-selling electric car surpassing 560,000 unit sales, solidifying the model’s role in the global shift toward sustainable mobility. This year, through our ‘Energy Sharing Corner’, we showcased how we can potentially revolutionise the way in which we generate and utilise energy. We want customers to see that future living involves using their electric cars for much more than just driving – they can be used in nearly every aspect of their lives.”

Also debuting at the show is the record-breaking Aspark OWL, an all-electric Japanese hypercar powered by 1,150 horsepower and capable of going from 0-100kmph in less than two seconds. The fastest electric car ever made, the OWL – currently in production in Osaka – is promising buyers a top speed of 280kmph, with 300 kilometres of range on a full charge. With electrification at the heart of the Dubai International Motor Show this year, and the UAE’s efforts in making the country greener, one thing is certain – customers in region will have a number of electric vehicles to choose from, whether for long-distance driving or adrenaline-packed experiences.

A show for the whole family, the 2019 edition also features driving thrills, exciting games and fun for all ages. Visitors will also enjoy an array of activities, while getting up close and personal with classic cars, and smart car technologies including autonomous mobility, virtual reality test drives and augmented reality experiences. 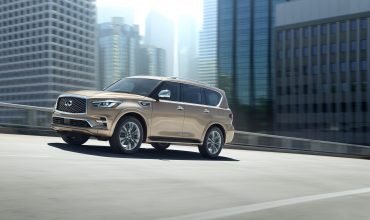 ECS will be present at the 2019 Computex Taipei 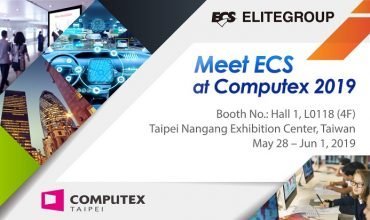