The new LUMIX G100 packs an assortment of attributes that is just right for vlogging into a remarkably compact and lightweight body. Combining assured photo quality as a camera and high sound quality, the LUMIX G100 dramatically enhances your video quality and experience with easy operation.

The 5-Axis Hybrid I.S. (Image Stabilizer) in the LUMIX G100 provides effective shake suppression under wide-ranging situations such as recording while walking or riding on a moving vehicle for stable, easy-to-see video.

The new Video Selfie Mode easily captures the videographer and the background, both in crisp focus without needing adjustments of aperture depending on the lens each time. The REC Frame Indicator displays an eye-catching red frame so that videographers can recognize whether the camera is recording or not at a glance. 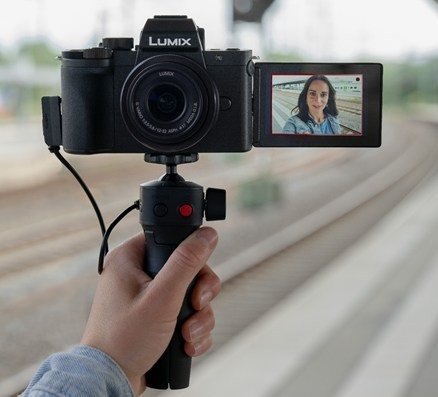 The LUMIX G100 integrates OZO Audio by Nokia for the first time in a Digital Single Lens Mirrorless camera. The OZO Audio enables users to capture and edit the full richness of sonic life with vibrant accuracy and precision. Combining Panasonic and Nokia OZO Audio technologies, it also provides a Tracking mode that keeps tracking the voice of the target subject. Auto mode automatically switches the Tracking mode and Surround mode. You do not need to invest in a separate external microphone.

The new camera integrates a 20.3MP MOS Sensor without Low Pass Filter, which features not only higher resolution but also a larger size than that of smartphones. Realizing maximum ISO 25600 high sensitivity, images can be captured clearly even at night or dimly-lit indoors. The large sensor also enables beautiful defocusing in the background. The Venus Engine, dedicated for image processing, assures high-speed, high-performance image processing.

With a 3,680K-dot equivalent center-aligned viewfinder, the new LUMIX G100 also excels in the performance and functions for photo shooting. Taking advantage of 4K technology, users can enjoy 4K PHOTO shots. It is easy to save spur-of-the-moment shots by just selecting the frame out of a burst file sequence. 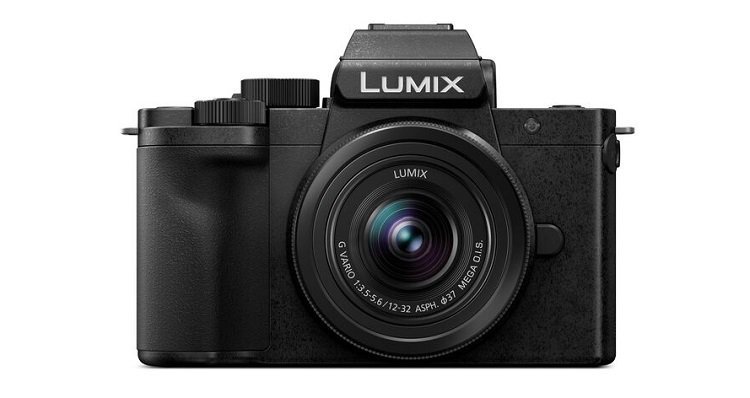 You can also use your smartphone as a remote controller for remote video recording and photo shooting. Compatibility with Bluetooth 4.2 enables the camera to activate by simply using a smartphone/tablet or to add GPS geotag on the photos automatically.

The LUMIX G100 is capable of video output over HDMI. It can be used as a webcam that provides exceptional image quality with rich depth of field and high quality sound for streaming if a HDMI video capture device is used.

Despite its high performance and functions, the LUMIX G100 is compact and weighs only 412 g even with the LUMIX G VARIO 12-32mm / F3.5-5.6 ASPH. / MEGA O.I.S.(H-FS12032) lens. It is easy to carry around even with a lens. A new Tripod Grip DMW-SHGR1 makes it even easier to hold the camera while it also works as a compact tripod.

Connecting with the camera via USB, it is possible to start/stop video recording, release the shutter and enable/disable Sleep mode. The camera’s battery can be recharged either via AC or USB according to the users’ convenience. 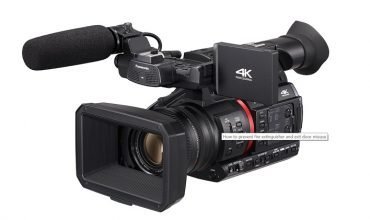 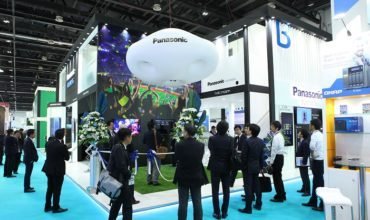