While Samsung plans to unveil the latest Galaxy Note 20 series soon, new leaked renders have surfaced online and the images were accidentally posted by Samsung Russia. The new renders were spotted by Max Weinbach, a famous TV host, and writer at XDA Developers.

Max Weinbach managed to grab two images of the Samsung Galaxy Note 20 Ultra smartphone and the colour of this particular model is called Mystic Bronze. While there aren’t any images yet on the front portion, we get a good look at its rear and side angles, including the camera module that is vertically aligned. As you can see, the camera module houses three main camera shooters. The renders also reveal the next-generation S-Pen. The new design appears to have a radical change over the previous Note series of devices, especially the camera module which protrudes out on the rear side.

Rumours indicate that the Galaxy Note 20+ series is expected to feature 50x zoom for its camera system, along with a laser autofocus module and a dedicated ultra-wide shooter. According to reports, the Galaxy Note 20 Ultra will feature its own periscope-type camera and tied with a 13MP ISOCELL Slim 3M5 1/3 image sensor with support for wide dynamic range. This new combination helps for a maximum hybrid zoom of 50x. The new sensor with 1.0um pixels is capable of phase-detection AF, smart WDR, 120fps video recordings, and can generate RAW10 images. The Galaxy Note 20 Ultra is also expected to feature the ISOCELL Bright HM1108MP sensor, which is the same unit used on the current Galaxy S20 Ultra smartphone. Rumours indicate that this camera will not have the support of a ToF sensor as there are chances the company will not include the feature on the Galaxy Note 20 series.

Instead, Samsung will be using a laser focus system in place of the ToF sensor. The third image sensor is expected to be the ultra-wide 12MP ISOCELL Fast 2L3 1/2.55 sensor with 1.4um pixels. The sensor also has support for Dual Pixel PDAF and smart WDR, along with the capability to record slow-motion videos at 1440p and is cropped at 720p resolution. The shooter is capable of generating images at RAW10 and RAW8 formats. There aren’t any details yet on the chipset but it’s expected that the Galaxy Note 20 series will feature 5G connectivity. Stay tuned for more news and rumours for upcoming Samsung smartphones. 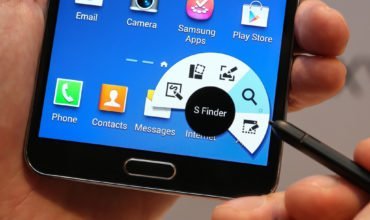