Amer Owaida, Security Writer at ESET discusses how (over)sharing your children’s triumphs and antics with the world may impact their immediate and distant future and how to reduce the risks of ‘sharenting.’

Most people like to share glimpses of their personal lives on social media, ranging from sports activities and delicious food to achievements and special moments. These are usually shared with their network of family, friends, and sometimes followers. The reason behind it usually, is strengthening bonds, since your family and friendship circle can be dispersed all around the globe.

Those who are also parents often post photos of their children from a very early age, sometimes even in the form of ultrasounds. Strictly speaking, that means their children have a digital presence before they’re even born. And the sharing doesn’t stop there: teething, first steps, potty training, and a wide assortment of other achievements that some parents like to share well into their children’s teenage years.

The phenomenon of (over)sharing content involving one’s kids on social media has even earned its own name – sharenting. If you run a quick web search, you’ll find numerous articles about it. It’s all right to feel the need to document your children growing up, but it’s not OK to share their every waking moment on social media for everyone to see. Here are some reasons why.

Ultimately, it’s not your information
Although most parents obviously have the best interests of their children at heart, they also tend to be the biggest violators of their children’s privacy. Case in point: infringing on their privacy to keep them safe or to share their triumphs and funny moments. According to a recent report from the Children’s Commissioner of England, parents post an average 1,300 photos and videos of their children by the age of 13.

While parents share various aspects of their children’s lives with the best intentions, they should thoroughly think about what impact the sharing of this information could have for their children in the future. As their progeny grow up, some of the photos and details they have shared may have far-reaching consequences, which they are unaware of at the moment.

For example, they may share pictures of their kids sporting T-shirts showing support for a political party or cause, with which their children might not want to be affiliated or even agree with when they grow up. Furthermore, it could prove difficult for them to shed the reputation their parents may have unintentionally cultivated for them by inappropriate sharenting.

While sharing the images of children is at the discretion of the parents when they are too young to understand or care, there comes a point where you have to have a discussion on posting about them on social media. You should make a set of rules on what content is acceptable and respect their opinions on the matter, including in what actually gets posted.

If you think the idea is novel, you’d be mistaken. Gwyneth Paltrow was called out by her daughter Apple Martin for not asking for her consent when the actress shared a mom-daughter photo. “Mom we have discussed this. You may not post anything without my consent,” wrote Apple, who was 14 at the time.

What am I sharing? And with whom?
Data on the internet is, by design, usually searchable, shareable, and long-lasting. Or in other words “what goes on the internet, usually stays there”. An important tidbit of internet etiquette that is frequently repeated is that you should think twice about what you’re sharing, something that should apply tenfold if you’re sharing someone else’s information, like your child’s.

Nonetheless, people tend to forget that something as banal as sharing a public photo of a child’s birthday party could cause a lot of harm if the photo made its way into the wrong hands. Let’s break down how much information one such post can include. At the very least, it could include:

Piecing such information together, we have the child’s name, birth date, and address, which could be then used, for example, for identity theft.

Stacey Steinberg, associate director for the Center on Children and Families, also touched upon the perils of sharenting in her paper, Sharenting: Children’s privacy in the age of social media. One of the examples mentioned is of a mother who posted pictures of her twins’ toilet training. She later found out that strangers accessed these pictures, downloaded and altered them, and then shared those on a website used by pedophiles.

This and other of Steinberg’s examples demonstrate that people are sometimes woefully unaware of how easy it is for other people to download and store images shared on social media, or of how much information they contain. Which brings us to the second question the subhead – who are you sharing these photos with?

The audience of your posts depends on where and with whom you choose to share them. If your social media profile is public, then literally anyone who stumbles upon your profile can see the content. However, if you keep it private, only those you have “friended” or allowed to follow you can see it. How many of them do you really know? When was the last time you conducted an audit of your friend or follower list?

Facebook, for example, allows you to choose an audience for each of your posts, so you can restrict them to specific family members and selected friends. But that presents its own set of problems. Can you trust them not to repost it? Do you believe that they adhere to proper cybersecurity and privacy practices and have everything locked down tighter than Fort Knox? These are questions parents probably don’t really ask themselves all that often when posting something, although they should.

How to be a responsible “sharent”?
The best and safest advice is, “don’t post anything relating to your children on social media”, but most modern parents would be hard-pressed to comply. Flicking through physical photo albums is from a bygone era and hauling them around to share with family and friends is a tad impractical. However, there are ways to share photos that mitigate the risks we outlined earlier.

Everybody understands the need of recording memories and sharing them with those close to you, but you need to do it in a safer and responsible way. Hopefully, this article shed some light on the risks associated with over sharenting and the impact it may have on your children’s future. Your kids will eventually join social media, so you can start by leading by example. That way, they’ll have a stable foundation before you start a conversation with your children about the perils of social media.

To learn more about more dangers faced by children online as well as about how not only technology can help, head over to Safer Kids Online. 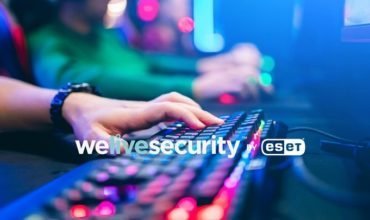 Worst passwords of the year 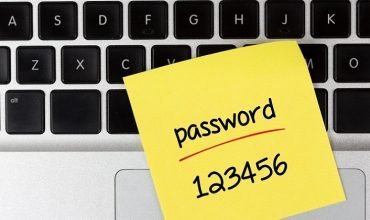