After a long wait of rumours and speculations, Sony has finally announced the latest iteration of its high-sensitivity based full-frame mirrorless camera called the Sony A7SIII. It’s the third iteration of the A7 S series line-up of professional mirrorless cameras and comes with a host of new features not present in other Sony cameras.

While the Sony A7SIII features similar megapixels as its predecessor, the camera packs a brand-new 12.1MP back-illuminated Exmor R CMOS full-frame sensor that features high-sensitivity range and is well optimized for light gathering, along with an amazing 15-stops of wide dynamic range support, reduced rolling shutter and focal-plane phase detection autofocus. To back the image processing power, Sony has included the all-new BIONZ XR image processor that is claimed to be up to eight times more powerful than the previous BIONZ X chip. This is indeed truly a first and we can expect Sony to use the new chip on the upcoming Sony professional cameras in the future. Sony also claims the new BIONZ XR brings improvements in colour reproduction, natural tonal graduation and more. 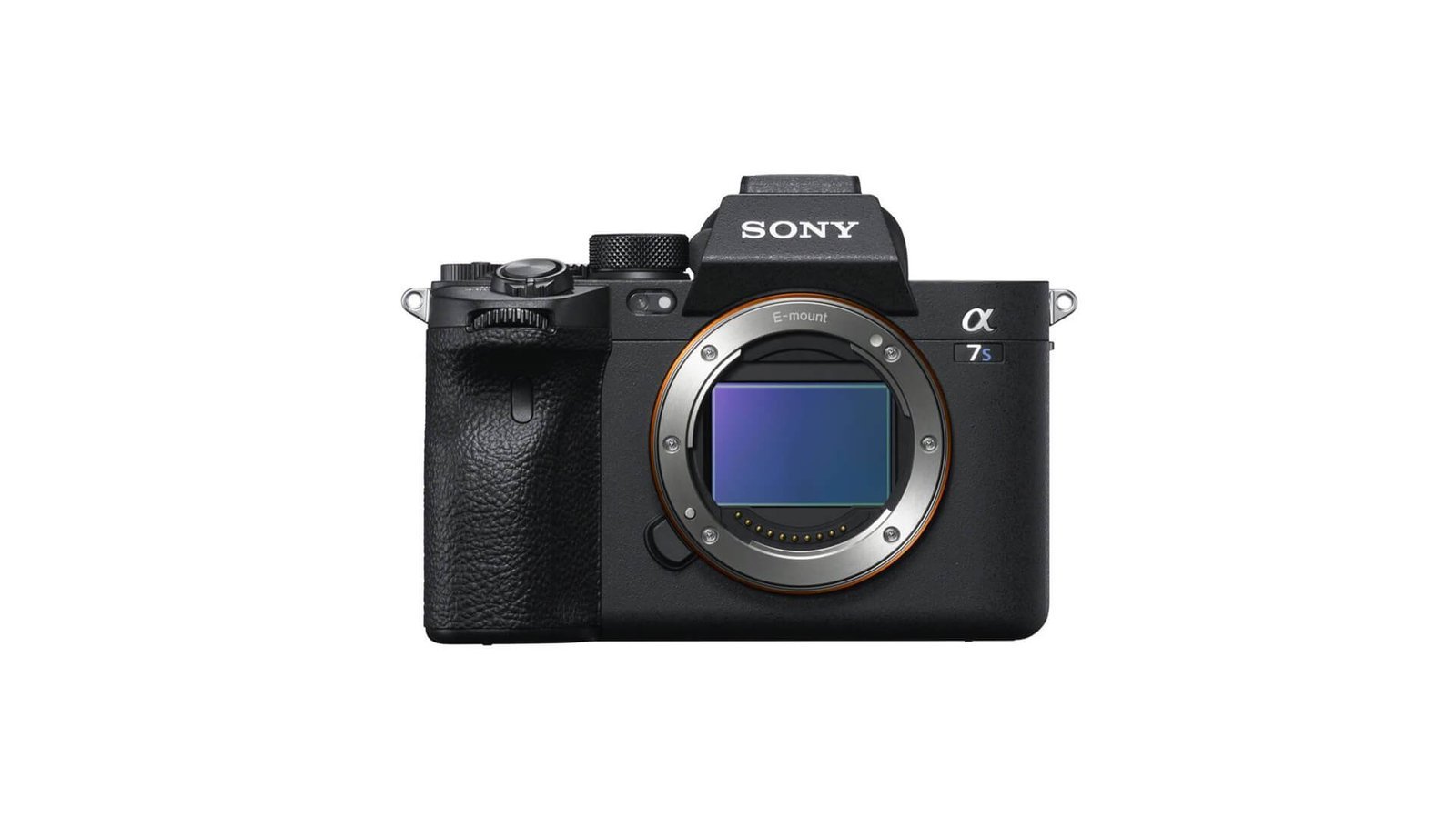 As a first in the Sony A7 line-up, Sony has finally included 4K video recording at 120p for slow-motion and 60p framerates for smooth videos, something that has been long-awaited by professionals. The feature set doesn’t end there as Sony has also included 4K video recording at 10-bit 4:2:2 colour sampling. This enables the camera to record at high richness of colours with image grading, post-processing, and composting. 4K videos are recorded without any binning and without any time limit until the battery dies out. There is the All-Intra encoding feature that encodes every frame of the video independently up to 600 Mbps, thus allowing for efficient editing and workflows. The camera is also capable of recording with the new XAVC HS that uses HEVC/H.265 encoding for getting two times the compression and better image quality at smaller sized files.

As the camera is designed with sensitivity and low-light capability in mind, the Sony A7SIII can delivery ISO performances up to a massive 409600 as an extended range from 80 ISO. The standard range is from 80-102400 ISO. This enables the camera to capture images and video in near-dark situations. Other features include S-Log 3 gamma, S-Gamut 3.Cine colour gamut, HLG (Hybrid Log-Gamma), 16-bit RAW HDMI output to external recorders and more.

The Sony A7SIII features an advanced AF system that consists of 759 focal-plane phase-detection AF points and 425 contrast-detection AF points. The camera has a continuous shooting capability of up to 10fps. As a first, the Sony A7SIII features two CFexpress Type-A compatible memory card slots that are also compatible with SDXC UHS-II cards, along with support for parallel and relay video recording capability at 4K 60p. Sony says with the new CFexpress cards, you will be able to capture over 1000 frames of uncompressed RAW files while shooting decisive moments in continuous bursts. It’s a matter of time we will see this feature on the future A9III and A7R5 full-frame cameras. Sony also includes the HEIF format images that offer better image quality and more efficient compression than JPEGs. 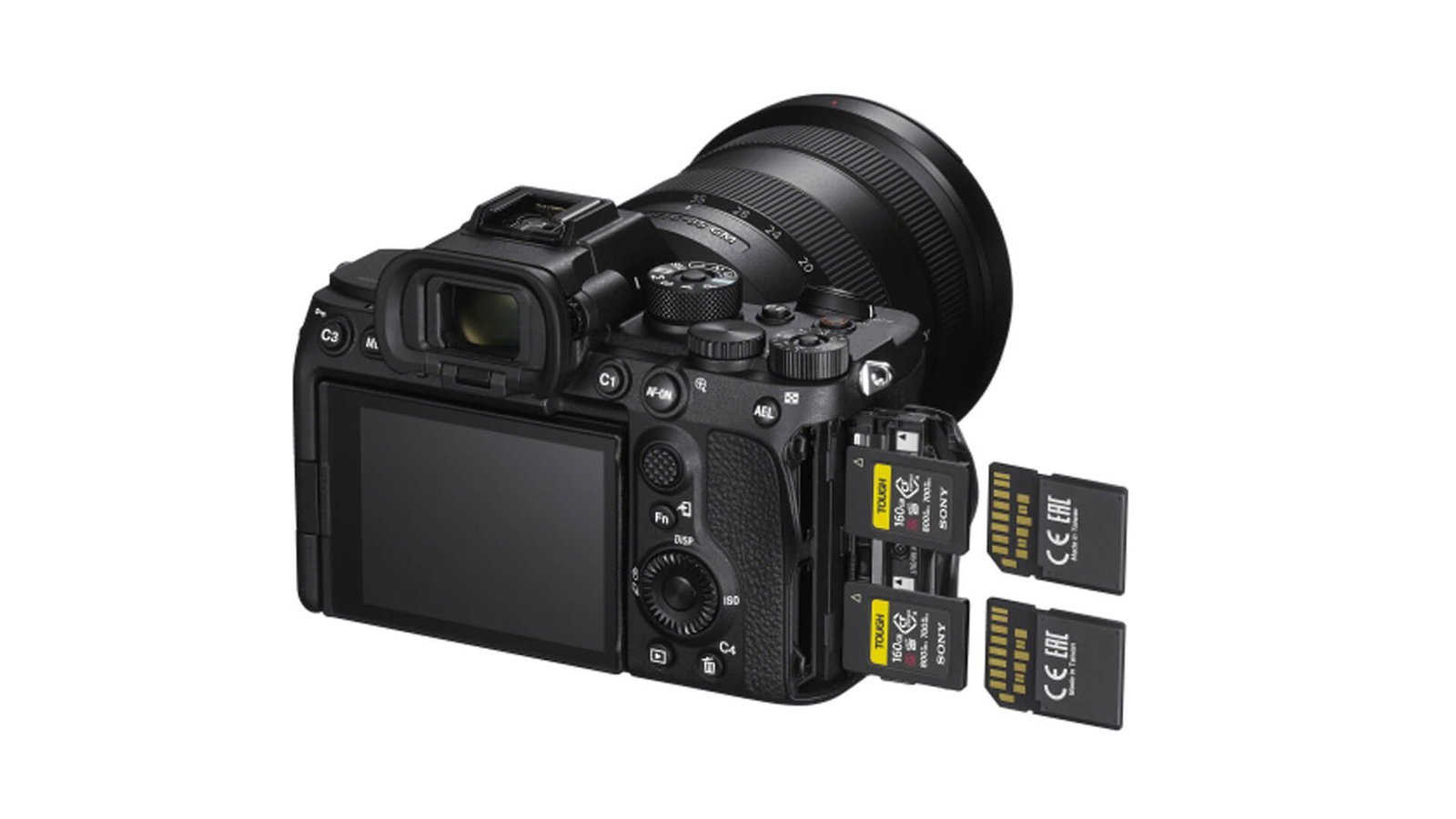 Another first in the A7 lineup is the introduction of a 3.0-inch vari-angle LCD monitor that features 1.44 million dot resolution along with touch screen support. The EVF of the A7SIII features 9.44 million dot resolution with a 41-degree field of view and 25mm eyepoint. Sony has also upgraded the camera with a brand new menu system that has been long overdue, along with a pinch-to-zoom feature for captured images in the gallery. 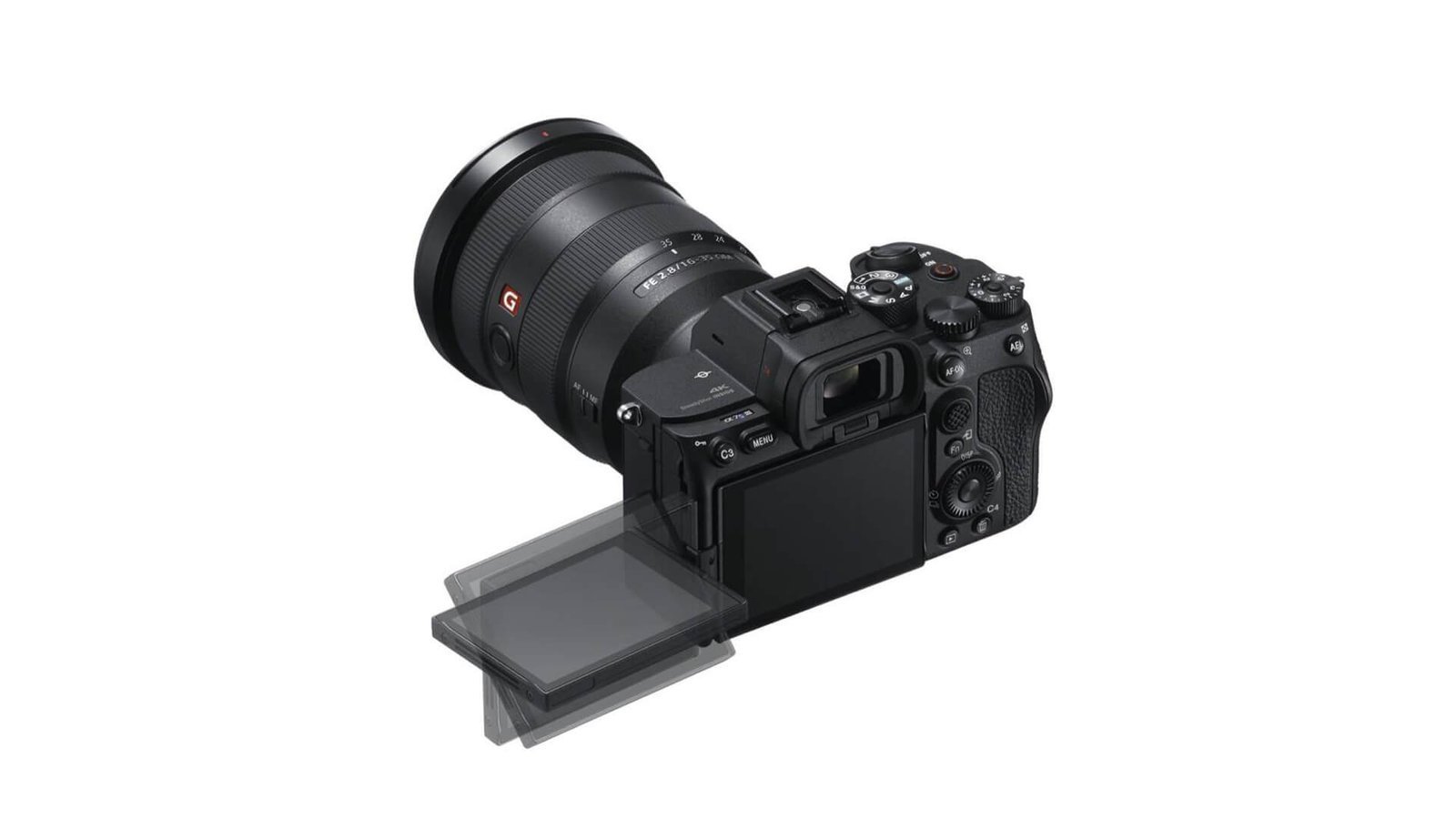 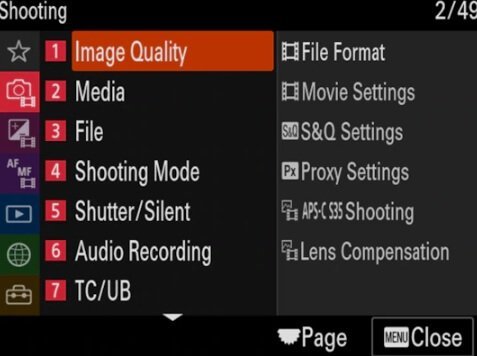 Sony has also relocated the video recording button near the shutter button. The camera features 5-axis in body image stabilization and active mode for handheld shooting that enables the BIONZ XR to compensate shakes and produce videos with fewer shakes while recording in handheld mode. Sony has also included a brand-new heat-dissipating technique that includes a sigma shaped heatsink. 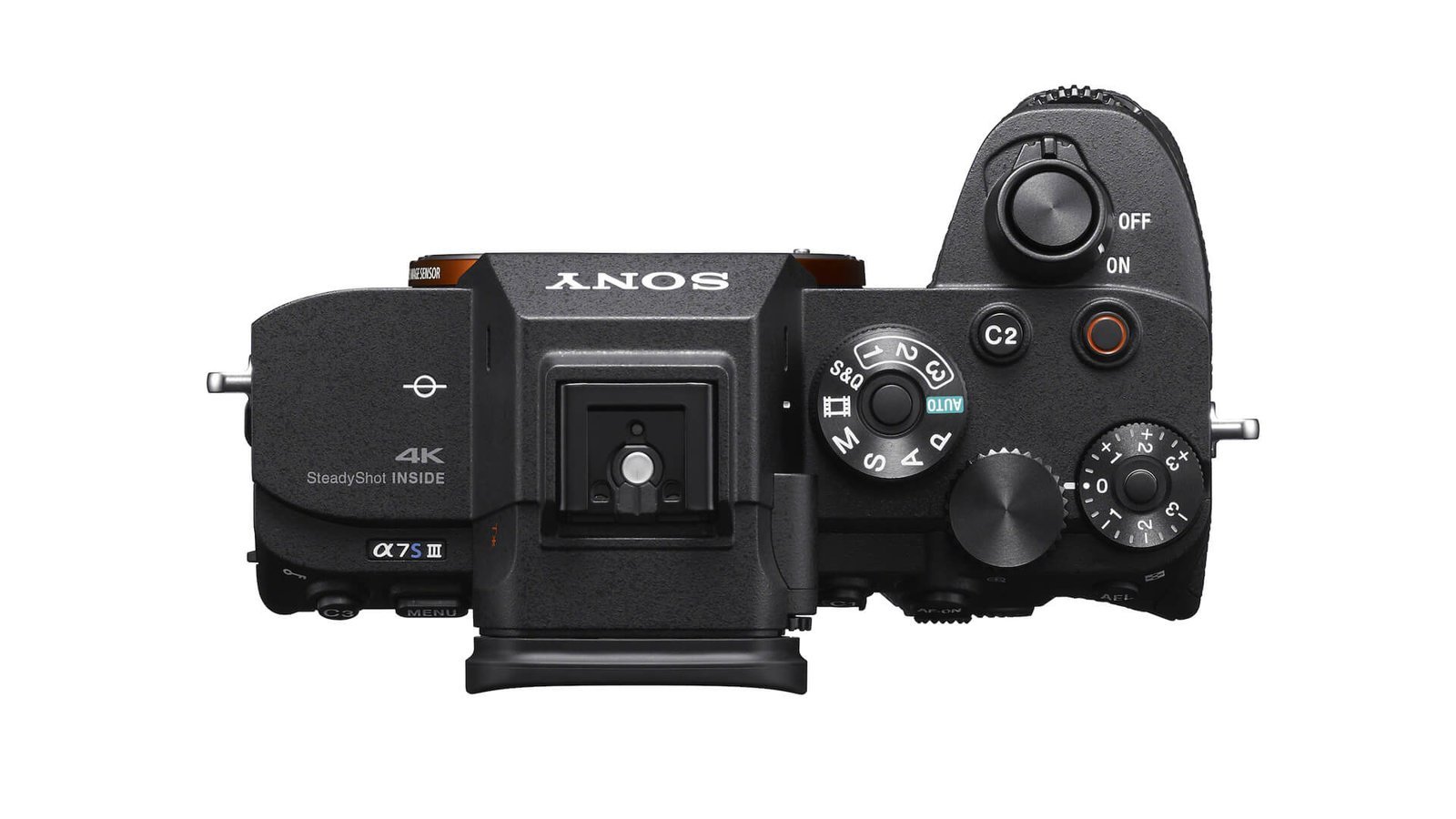 The new cooling solution is capable of dissipating heat much better than previous solutions. The camera features 2.4 GHz and 5 GHz WiFi connectivity, wired LAN connectivity, and remote preview capability. The camera features the FZ100 battery that allows around 510 image shots with viewfinder and 600 by using the LCD screen. While the camera has unlimited video recording, the camera’s battery can go on up to 130mins of continuous video recording. The Sony A7SIII weighs 699g with the included battery. The body is also dust and moisture resistant.

The Sony A7SIII body only is priced at 3499 dollars (approx..12851 AED). Stay tuned for the official launch of the Sony A7SIII in the UAE. 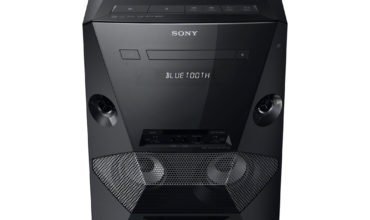 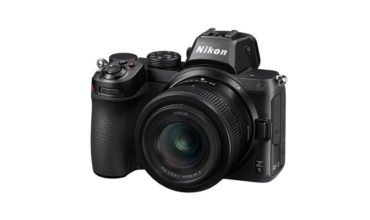