While we are more than a month away from witnessing the full reveal of the RDNA 2 graphics cards, AMD has amplified the hype by officially unveiling the design of the next-generation Radeon RX 6000 series graphics cards in all its glory.

AMD decided to post a tweet on their Radeon Twitter page, unveiling the design of the red card. The card appears to have a similar chassis with the new “Radeon” branding, that was teased many months ago by AMD. While the previous image teased months ago did feature a dual-fan system, the graphics card unveiled here comes with a triple-fan configuration. According to a report from VideoCardz, it’s possible that the card presented here is the Radeon RX 6900XT, the rumored flagship RDNA 2 card that is set to take on the NVIDIA RTX 3080 graphics card. While the RX 6000 series is already confirmed by AMD, there is still no information on the official naming of the cards. So it’s quite possible that AMD could call this card by a different name.

That said, from what we can learn from the image, the graphics card showcased does feature dual 8-pin power connectors. Although AMD has not revealed other images of the card, the company actually did unveil the virtual coordinates (8651-9841-1639) to find more renders of the graphics card in Fortnite AMD Creative Island. Gamer @NateOrb did share some of the new graphics cards renders that he had found, and from the looks of it, the device features two DisplayPorts, one HDMI port, and a USB Type-C port. We can guess that the HDMI port could be version 2.1 if AMD considers this card to offer amazing 4K gaming performances.

I took a couple screenshots for anyone interested. The code in the post brought me to a matchmaking hub that had 5877-8461-8283 on the wall pic.twitter.com/pdysKfK7rc

AMD has yet to officially disclose more information on the card that was showcased on their Radeon Twitter page. Of course, this is just the reference Radeon card design and AIBs will be releasing their own on chassis design. From what we know so far, AMD did confirm that their top-of-the-line RDNA 2 cards will offer steller 4K gaming performances. The RDNA 2 architecture will be able to provide 50% better gaming performances as compared to the previous RDNA 1 cards. It was also confirmed the new Radeon RX 6000 cards would bring support for ray-tracing. As per rumors, the flagship Big Navi GPU, or Navi 21 chip is said to feature 80 compute units.

The design of the graphics card may not look as cool as the NVIDIA RTX 3080/3070 and the RTX 3090, but it is rumored that the new RX 6000 cards will be more power-efficient (thanks to the 7nm fab). We still love the new design and the look of the RX6000 cards and we hope that this card packs a punch to bring similar performances as the new NVIDIA Ampere cards. AMD is all set to unveil the new Radeon RX6000 cards on the 28th of October, 2020. 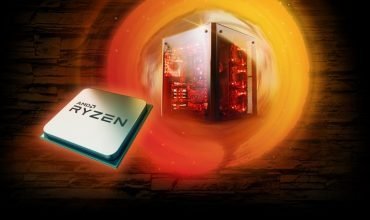 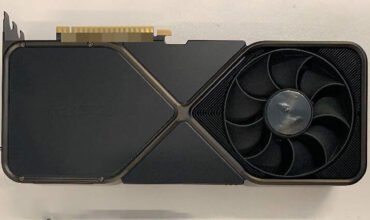