While Microsoft gets ready to release the next-generation Xbox Series S and the Xbox Series X, the Redmond company has officially sealed a deal to acquire Bethesda Softworks and its mother company, ZeniMax Media for 7.5 billion dollars. With the completion of the acquisition, Microsoft will be in control of major games series such as DOOM, Wolfenstein, Fallout, The Elder Scrolls, Starfield, Prey, Dishonored, and more. The deal is said to be completed by the end of June 2021.

Today is a special day… We are THRILLED to welcome the talented teams and beloved game franchises of @Bethesda to Team Xbox!

This is a major development since both Microsoft and Sony are on the verge of releasing the next-generation Xbox and PlayStation 5 consoles, respectively. The deal will also mean that Microsoft will now own all the gaming development teams of ZeniMax Media. This includes Bethesda Softworks, Bethesda Game Studios, id Software, ZeniMax Online Studios, Arkane, MachineGames, Tango Gameworks, Alpha Dog, and Roundhouse Studios. These are the teams that had created some of the major franchises that we had mentioned above.

For those who are wondering about the recently announced timed-exclusives such as Deathloop and Ghostwire: Tokyo for the Sony PlayStation 5, Phil Spencer had confirmed with Bloomberg that the new time-exclusive deals will be honored. However, future games will be released on PC, Xbox, and the Microsoft Game Pass service. Phill also mentioned that they will consider other consoles “on a case-by-case basis”. Does this mean the PlayStation 5 may or may not receive any future releases of DOOM, Fallout, Prey, and more? Only time will tell.

Microsoft believes that teams like Bethesda are filled with talented and creative people and the latest acquisition will further help them to innovate and grow. The company ZeniMax was initially founded back in 1999 by Weaver and Robert Altman as the parent company of Bethesda. The company had later acquired famous franchises such as Fallout, DOOM, Quake, and more. With the new acquisition, Microsoft will have a total of 23 creative studio teams from the 15 teams it initially had owned. It’s interesting to note that apart from Halo, Microsoft now owns multiple first-person shooter games, such as DOOM, Fallout, Wolfenstein, and more. Speaking of which, Halo: Infinite, the most awaited Xbox and PC exclusive is delayed and will not be a launch title for the Xbox Series S/X. Take a look below at what Phill Spenser had said about their acquisition of ZeniMax Media and Bethesda.

Today is a special day, as we welcome some of the most accomplished studios in the games industry to Xbox. We are thrilled to announce Microsoft has entered into an agreement to acquire ZeniMax Media, the parent company of Bethesda Softworks.

As one of the largest, most critically acclaimed, privately-held game developers and publishers in the world, Bethesda is an incredibly talented group of 2,300 people worldwide who make up some of the most accomplished creative studios in our industry across Bethesda Softworks, Bethesda Game Studios, id Software, ZeniMax Online Studios, Arkane, MachineGames, Tango Gameworks, Alpha Dog, and Roundhouse Studios. These are the teams responsible for franchises like The Elder Scrolls, Fallout, Wolfenstein, DOOM, Dishonored, Prey, Quake, Starfield, and many more.

Bethesda’s games have always had a special place on Xbox and in the hearts of millions of gamers around the world. Our teams have a close and storied history working together, from the amazing first DOOM, and its id Tech engine, innovating games on PCs to Bethesda bringing their first console game to the original Xbox, the groundbreaking The Elder Scrolls III: Morrowind. Over the years I’ve had many deep conversations with the creative leaders at Bethesda on the future of gaming and we’ve long shared similar visions for the opportunities for creators and their games to reach more players in more ways.

Just as they took the bold first steps to bring The Elder Scrolls franchise to the original Xbox, Bethesda were early supporters of Xbox Game Pass, bringing their games to new audiences across devices and have been actively investing in new gaming technology like cloud streaming of games. We will be adding Bethesda’s iconic franchises to Xbox Game Pass for console and PC. One of the things that have me most excited is seeing the roadmap with Bethesda’s future games, some announced and many unannounced, to Xbox console and PC including Starfield, the highly anticipated, new space epic currently in development by Bethesda Game Studios.

Like us, Bethesda are passionate believers in building a diverse array of creative experiences, exploring new game franchises, and in telling stories in bold ways. All of their great work will, of course, continue and grow and we look forward to empowering them with the resources and support of Microsoft to scale their creative visions to more players in new ways for you.

All of our work, and the foundation of our relationship with you, start with a commitment to deliver a breadth of amazing games to discover and play on Xbox.  Over the last few weeks, we’ve been excited to share more detail on important elements of a plan we’ve been building towards for years. A plan that is the fulfillment of a promise, to you the Xbox player, to deliver the most performant, immersive, and compatible next-generation gaming experiences, and the freedom to play blockbuster games with your friends, anytime, anywhere. Today is a landmark step in our journey together and I’m incredibly energized by what this step means for Xbox. 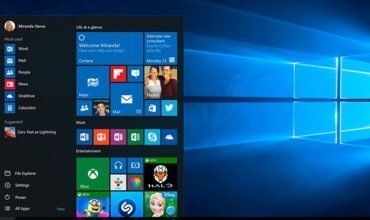 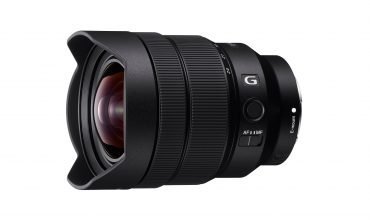