As the name scheming goes by, AMD decides to skip the Ryzen 4000 naming for its desktop processors, since it was already released as laptop processors. The new Ryzen 5000 series Vermeer processors are the direct successors of the AMD Ryzen 3000 series processors. With respect to performance, the new Zen 3 architecture delivers an impressive 19% improvement in IPC over the previous Zen 2 architecture. On the contrary, the Zen 2 had a 15% IPC uplift over the original Zen architecture. AMD also improved the performance-per-watt up to 24% higher when compared to the previous Zen 2 architecture. AMD manages to deliver these new changes while keeping the 7nm fabrication process. 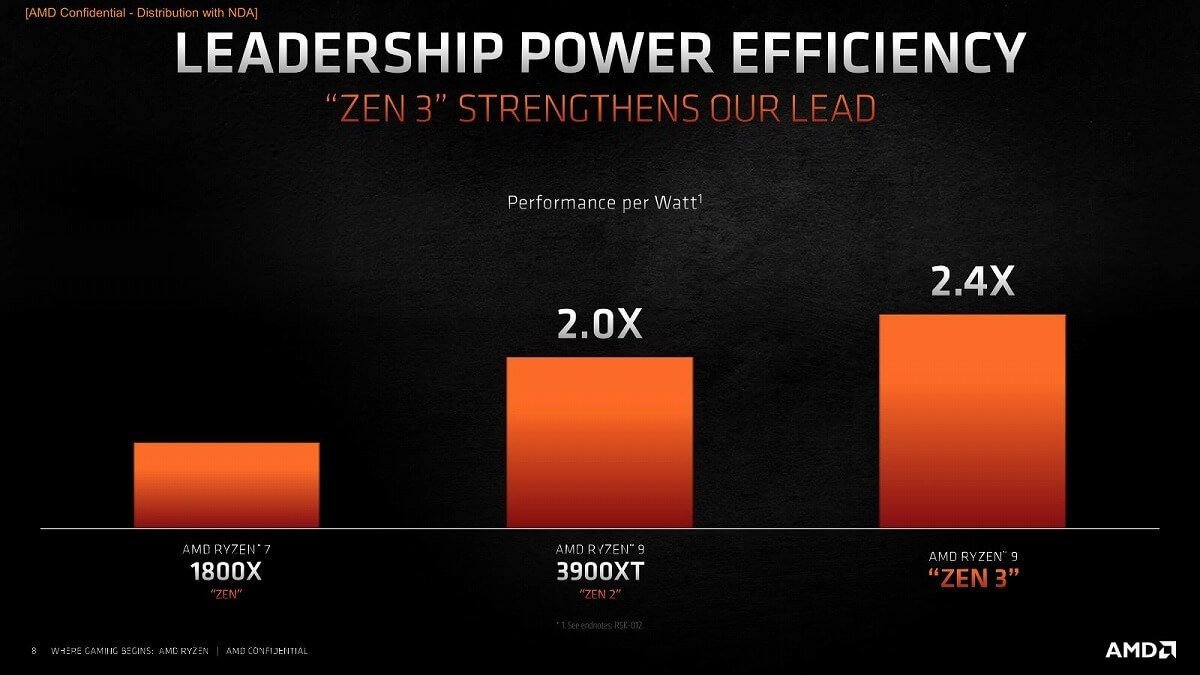 AMD mentions that the new Zen 3 architecture is redesigned from the ground up, featuring a new unified CCX wit 8 cores for each CCD. The previous Zen 2 had two CCX’s for each CCD and each core complexes had four cores. The L3 cache, which was 16MB for each CCX on the Zen 2 layout, is now unified and totals to 32MB L3 cache on a single CCX of the Zen 3 layout.  AMD says the unification of the memory and core complexes reduces the latency and boosts the communication between the cores and cache memory. The 2x L3 cache is also directly accessible and is shared for each core. The new CCX modules can run on the single-threaded mode (1T) or two-thread SMT mode (2T) and with up to 16 threads/complex. 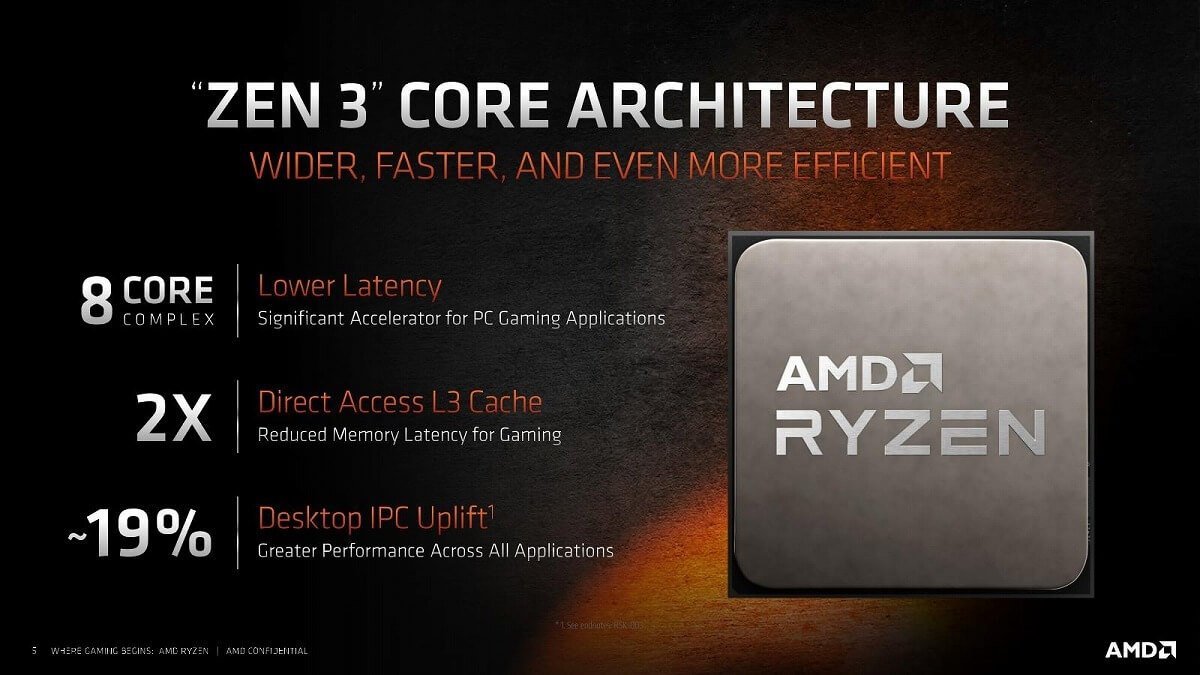 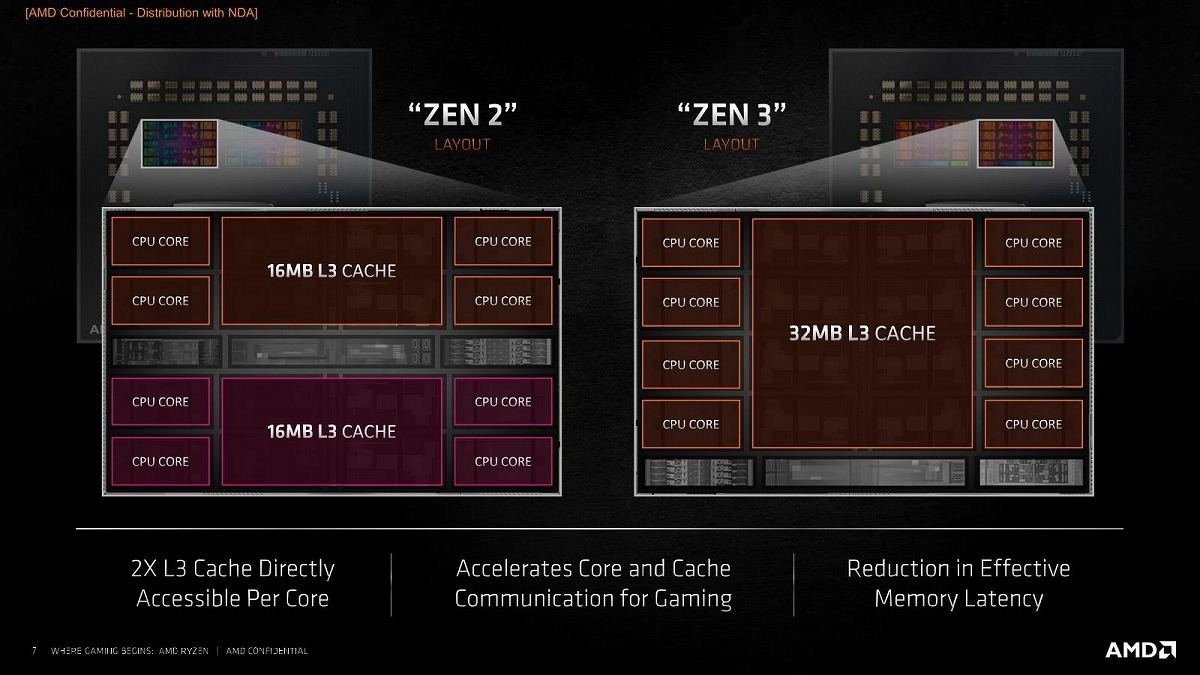 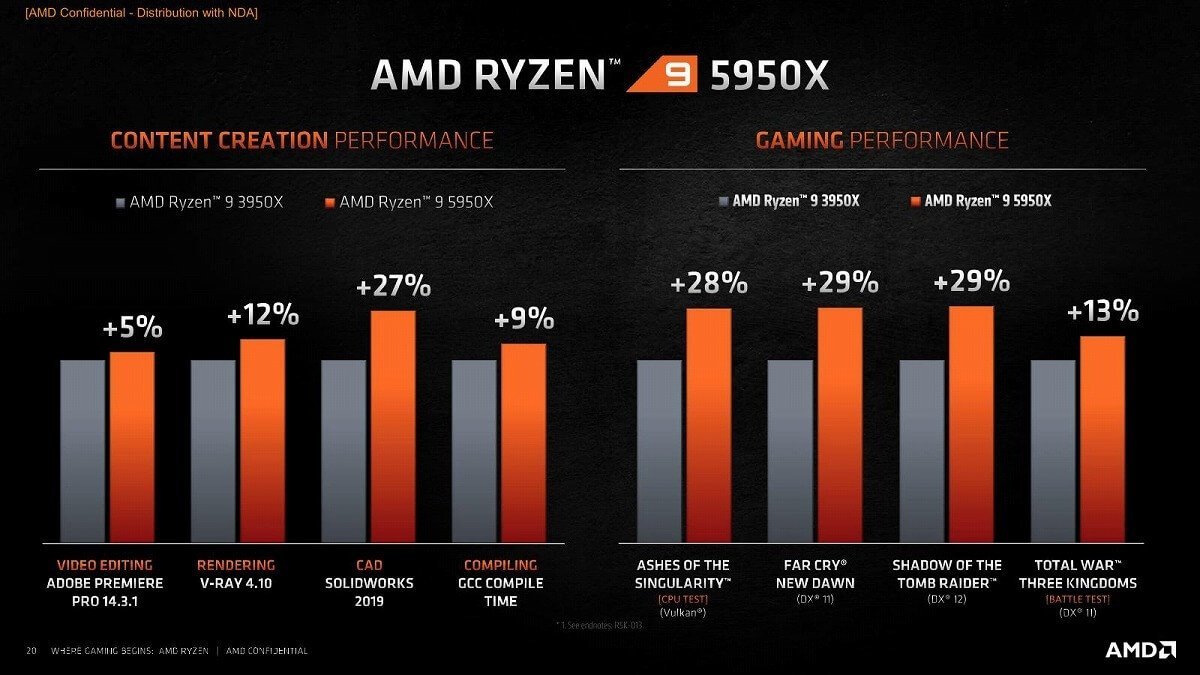 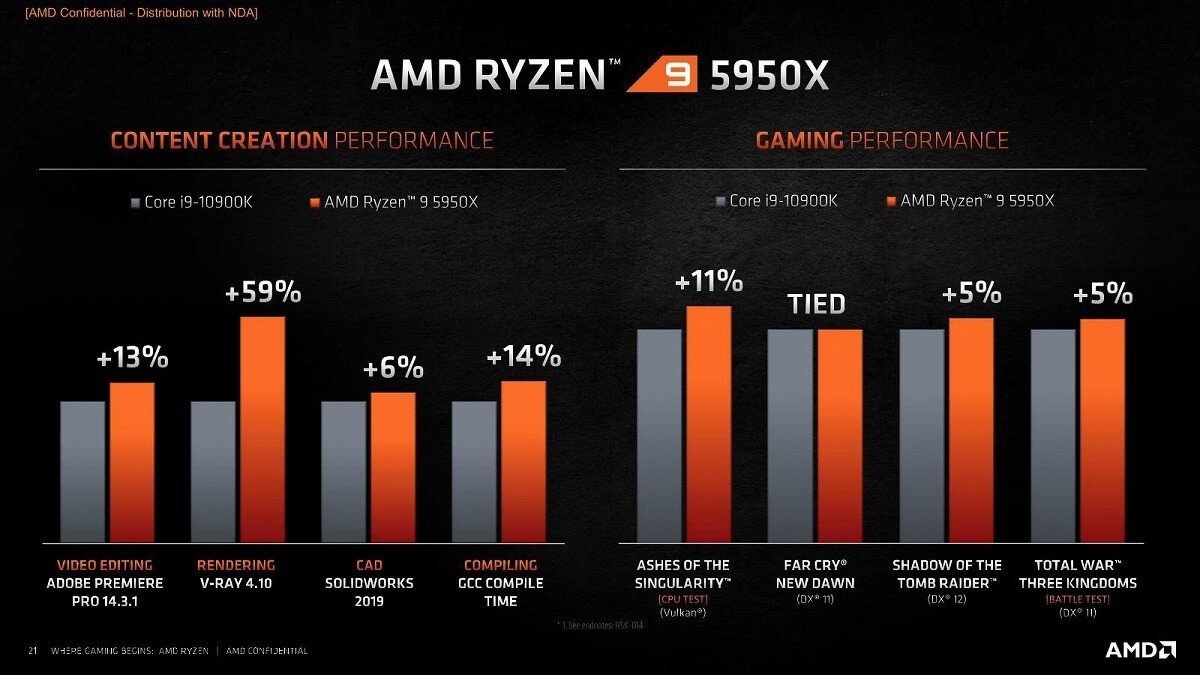 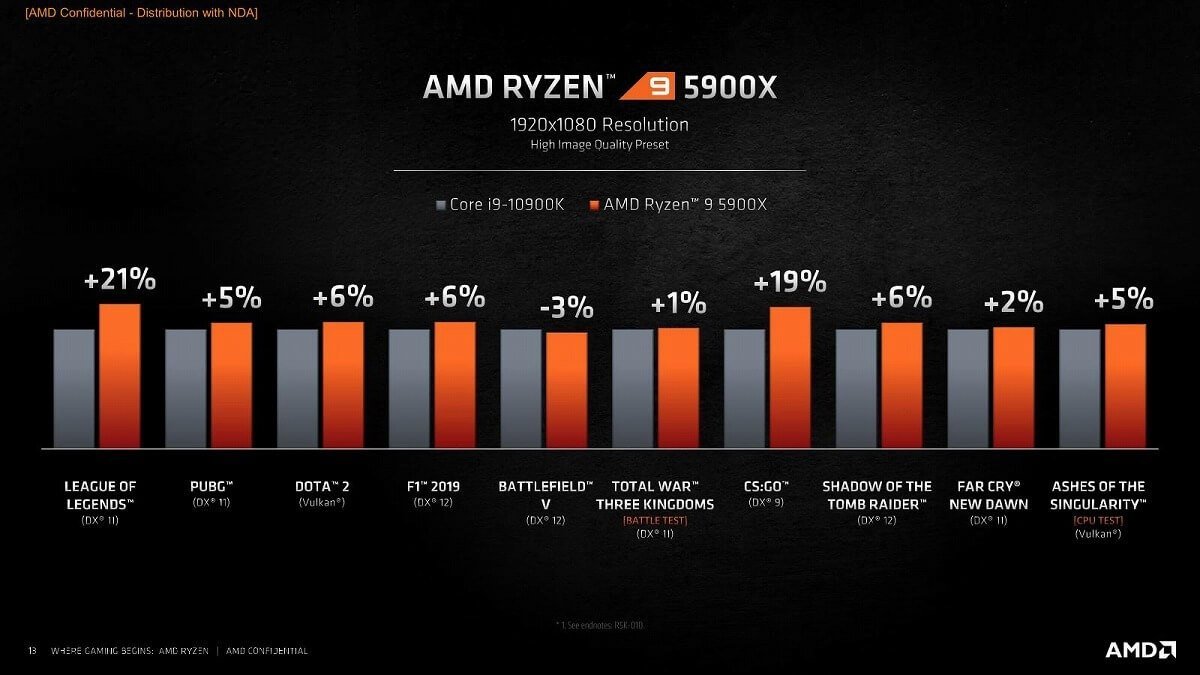 AMD also unveiled the Ryzen 7 5800X processor, featuring a total of 8 cores and 16 threads. The clock speeds are tuned at 3.8 GHz for base performance and boost clocks up to 4.7 GHz. The previous model could top up only up to 4.5 GHz boost speeds and had a 3.9 GHz base clock speeds. AMD claims that the new Ryzen 7 5800X brings in single-core performance-per-dollar improvements up to 9% and multi-core improvements up to 11% when compared to the Intel i7-10700K processor. 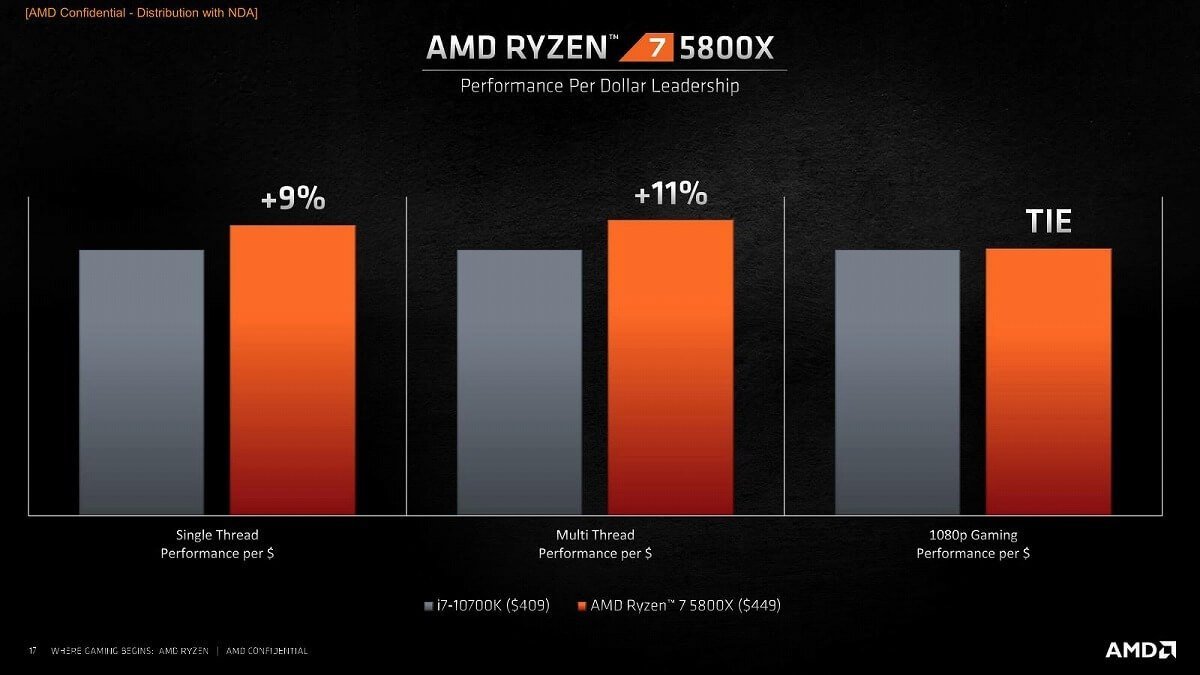 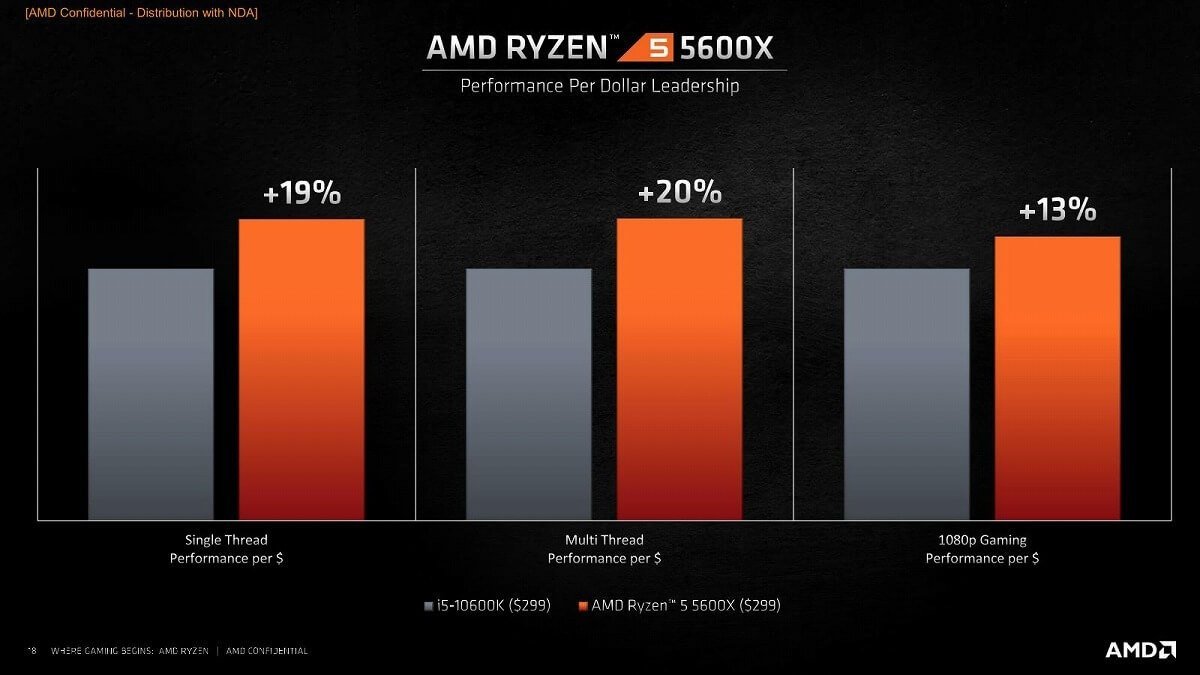 AMD also mentions that the new Zen 3 processors will be compatible with all AMD 500 series chipset motherboards. However, users will need to ensure that the BIOS of these AM4 motherboards should be at least AGESA 1.0.8.0 or higher for POST and boot. AMD claims that users should upgrade to AGESA 1.1.0.0 for the best experience. As for those who own AMD 400 series AM4 motherboards, AMD mentioned that they are working with motherboard partners to develop the new BIOS, and the new beta releases should roll out from January 2021. It’s interesting to note that AMD did not announce a Ryzen 7 5700X processor, which could have been the successor of the Ryzen 7 3700X. 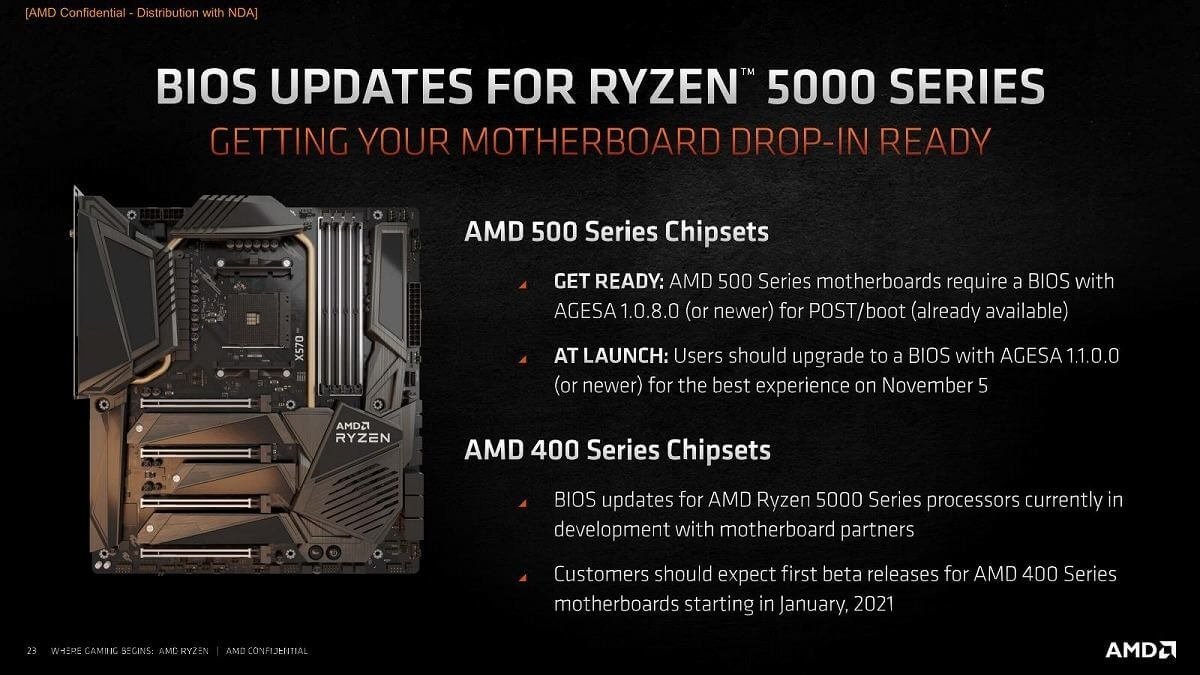 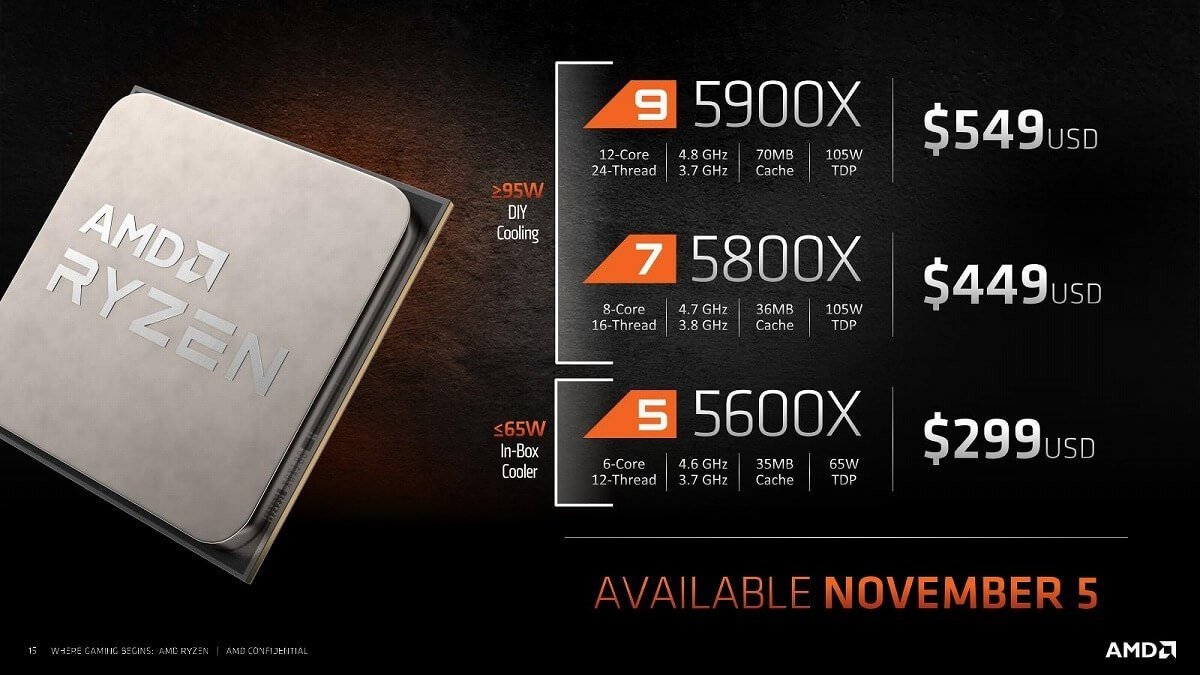 With extensive improvements throughout the core including a unified 8-core complex with direct access to 32MB L3 cache, the new AMD “Zen 3” core architecture delivers a 19% generational increase in instructions per cycle (IPC), the largest since the introduction of “Zen” processors in 2017.

“Our commitment with each generation of our Ryzen processors has been to build the best PC processors in the world. The new AMD Ryzen 5000 Series Desktop Processors extend our leadership from IPC, power efficiency to single-core, multi-core performance and gaming,” said Saeid Moshkelani, senior vice president and general manager, client business unit, AMD. 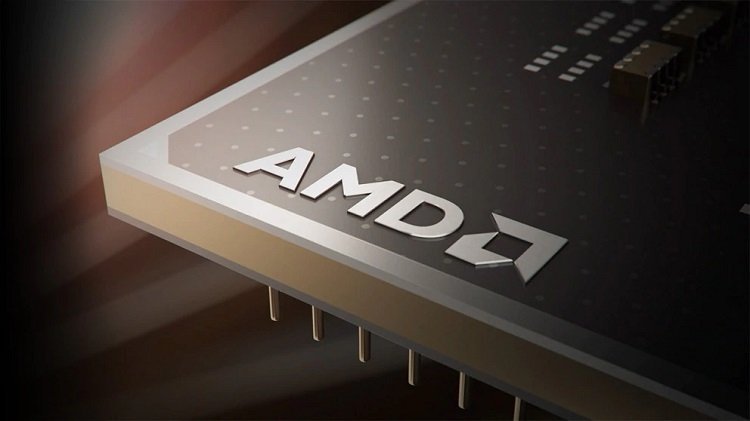 “Today, we are extremely proud to deliver what our community and customers have come to expect from Ryzen processors – dominant multi-core and single-core performance and true gaming leadership – all within a broad ecosystem of motherboards and chipsets that are drop-in ready for AMD Ryzen 5000 Series Desktop Processors,” Moshkelani added.

AMD Ryzen 5000 Series Desktop Processors
Featuring a remarkable 19% IPC increase over the prior generation in PC workloads, the “Zen 3” architecture pushes gaming and content creation performance leadership to a new level that reduces latency from accelerated core and cache communication and doubles the directly accessible L3 cache per core while delivering up to 2.8X more performance-per-watt versus the competition. 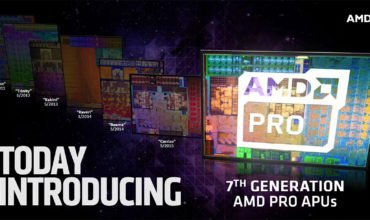 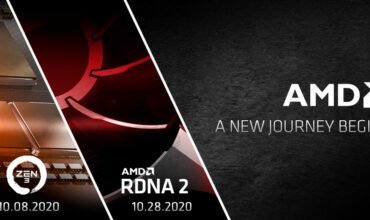