While most of the smartphones and televisions now come with OLED panels, engineers and researchers of Samsung and Standford have jointly developed the world’s highest density OLED panel. The new next-generation OLED panel is said to feature a pixel density of 10,000 PPI.

The new high-density OLED panels are based on ultra-thin solar panels and possess a brand new OLED display architecture. Although not commercially ready, the new display technology can be used on TVs, smartphones, and also virtual reality headsets. It also seems that the new OLED panel is better suited for VR headsets to elimiate issues related to screen door effect. This issue is currently there in most of the VR headsets released in the market. Screen door effect relates to the fact that the user can see the gap between individual pixels since your eyes are very close to the VR headset’s displays. The high-density of the new OLED displays should be able to eliminate this gap.

The new OLED display created by Samsung and Standford appears to rely on films to emit white-colored light. The panel consists of one silver layer that is fused with another layer made up of reflective metal, that can change the reflective properties and resonate with a specific set of colors. This results in a high-density display without losing out on brightness capability. As smartphone and display technologies progress at a fast pace, we got no doubt that the new OLED panels would make its way to consumer electronics in the coming years. But it may take some time as the efficiency of these displays can be a cause of concern, since can consume a lot of battery life. We are fairly certain that other display giants such as LG would also deliver their version of high-density pixel OLED panels for the coming future. 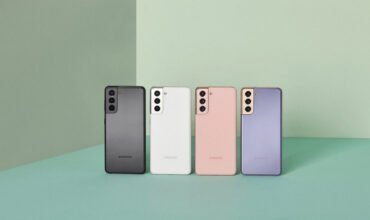