OnePlus is on the verge of releasing a new mid-range premium smartphone and it appears that the new device could be the successor of the OnePlus Nord N10. While the OnePlus 9 is about to be officially announced soon, fresh new renders of the new mid-range device have been leaked. The leak comes straight from Steve Hemmerstoffer (@Onleaks), one of the most trusted sources for leaked and rumored products. While the official name of the device is not known yet, Onleaks does mention that the smartphone is codenamed “Ebba”. As per the new renders, The smartphone does appear to feature a 6.49-inch display and there is a punch-hole camera located on the top-left side of the screen. The smartphone also appears to have a speaker grill on the bottom, along with a USB Type-C port, microphone, and a 3.5mm audio jack. The new smartphone also appears to be using a metal frame and the backside is made of glossy plastic material. It should also be noted that the fingerprint scanner is now seen mounted on the right side of the device, rather than on the backside. The dimensions are said to be 162.9 x 74.7 x 8.4mm. The rear side also features three cameras that are arranged in a vertical fashion, and the camera island does bulges out a bit. There is still a lot of information that is yet to be confirmed, such as the chipset used, storage, the Android OS version, camera megapixels, video capability, battery capacity, and more. We hope to see more details of this new mid-range premium smartphone in the coming months.

Leaked OnePlus 5T Could Possibly Look Like the Oppo R11S 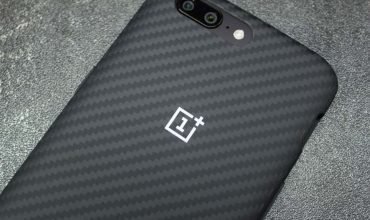 OnePlus 5 is Now Available on Souq.com 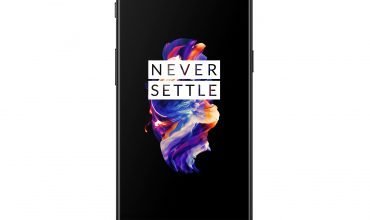