Riot Games MENA officially launches their latest mobile game League Of Legends: Wild Rift in Arabic. As part of its commitment to the region, Riot Games is doubling down its efforts on providing Arab players with the best experience possible.

The game officially launched in English back in December 2020 and has since seen several campaigns across the MENA territory. Anas Al Hakim, content lead at Riot Games MENA said: “We promised to create regionally relevant content for our players which they can truly see themselves in, and we wanted to deliver on that promise. We care about our community and we strongly believe that being part of the local culture and reflecting it across our content roadmaps will take us one step closer towards our goals. Being in close contact with our players has enabled us to gather direct feedback, and that will only serve to continuously better our efforts.”

To celebrate this launch, Riot Games MENA released the first-ever full Arabic gaming ad. Built around cultural insights from the region and featuring a number of callbacks to the League of Legends universe, the one-shot film takes place in an alternative reality where Wild Rift is a major preoccupation, and follows the main protagonist as he walks around a traditional Arab street in search of a team that will help him win an upcoming Wild Rift tournament.

League of Legends: Wild Rift is currently available across the MENA region on Google Play and App Store.

iflix Launches in the Middle East and North Africa 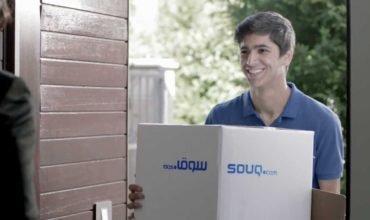