Insta360 burst onto the scene in the Middle East when it exhibited at GITEX Technology Week in 2016. Since then the company has found a sort of fan following in the region.

The company make a wide range of 360 cameras for both iOS and Android devices. The company recently launched its latest Insta360 ONE camera onto the market. The camera has been specifically designed for iOS devices and the company sent me a review unit to test it out at the Review Central Labs. 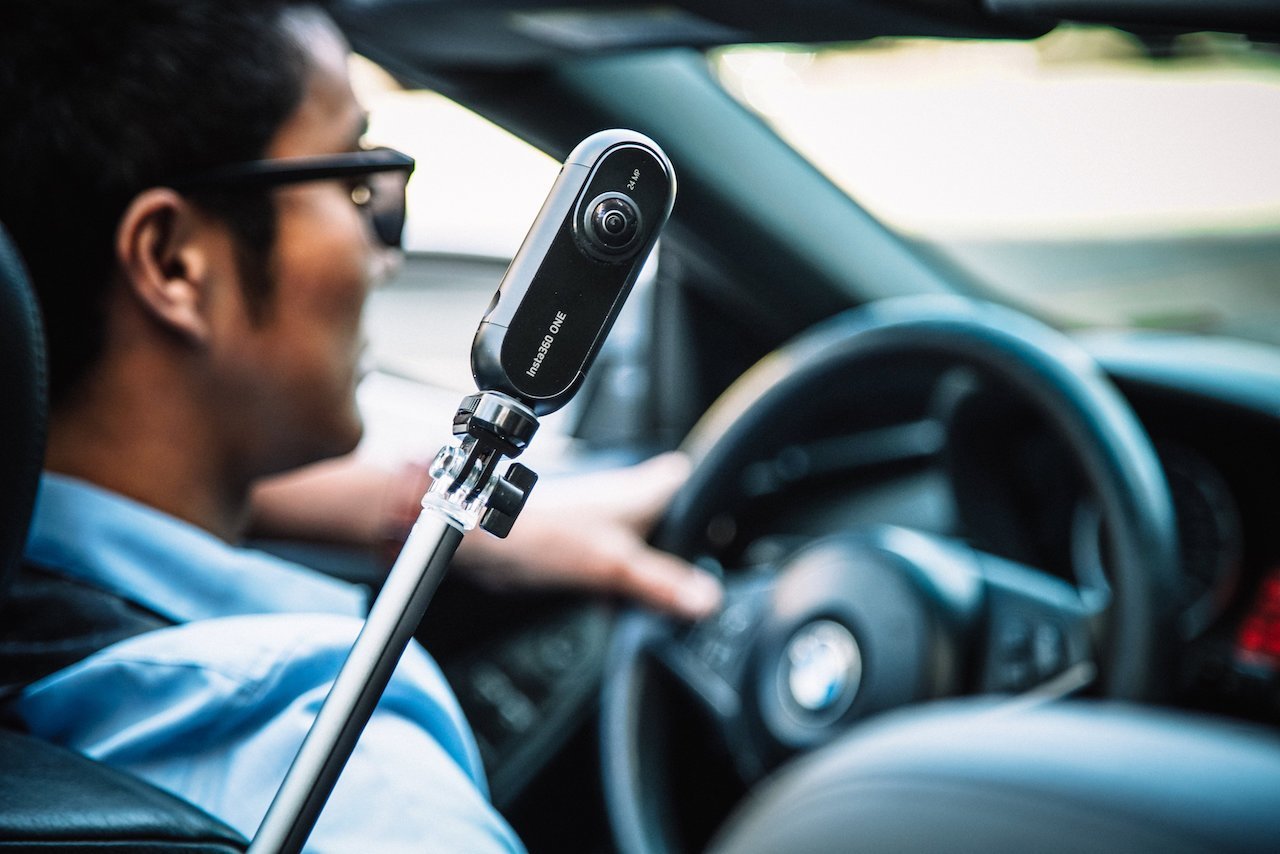 The Insta360 ONE is a new 360-degree camera that can record 4K video at a resolution of 3840-by-1920 pixels, at a frame rate of 30fps. The camera can also capture 24-megapixel spherical still images. And if you are one of those that loves to capture at faster frame rates, the Insta360 ONE also does videos at 60fps at a 2560-by-1280 resolution. The Insta360 ONE is small and compact and hence it is quite easy to carry around. The device itself is made of plastic, though the overall design and build quality is top notch. It comes with a lightning connection that neatly folds away into the device’s body, when you are not using it.

Once the Insta360 ONE is connected to your iPhone, it can be used for stills, video, and 360-degree live-streaming through Facebook, Periscope, and other platforms. It also comes with a universal tripod mount on one end and hence you can attach the camera to a wide range of accessories. These include a selfie stick, a tripod, a helmet mount, or even a drone. Insta360 also includes a protective cover with the ONE, which doubles up as a small stand, if you would like to use the ONE as a standalone camera. The ONE can also be connected to a USB port for charging or data transfer with the case still on the device.

The Insta360 ONE uses a micro SD card to store all your footages when using it as a standalone device. When the camera is connected to your iPhone, the ONE uses the phone’s internal storage to store the footages and images. The camera itself can be operated in three different modes: standalone, remote control via Bluetooth, or control via a direct connection to a smartphone charging port. Insta360 offers a new FreeCapture feature that lets you translate the original 360 footage into a standard 1080p fixed-frame video, simply by peering into the 360 scene using the phone display as a viewfinder.

The camera comes with a six-axis image stabilization with an onboard gyroscope. This lets you record smooth footage and makes possible what Insta360 calls the ‘bullet time’ mode. In the ”bullet time”, you use a selfie stick or a string attachment, which you can then swing to capture 360-degree views from an overhead angle.

The button on the side of the Insta360 ONE turns the camera on, and an LED lets you know everything is up and running. You can start recording a video by double-tapping the same button. To capture an image, simply press the button once.

I shot some footage in 4K quality and I was really impressed by the outcome. I also tried the “bullet time” function of the device. All I had to do was to attach the camera to the string included in the package, activate the bullet time mode, and start swinging the camera around your head. What you end up with is a very smooth “flying camera” footage.

Insta360 ONE is one of the very few 360 cameras on the market that lets you have total exposure control. These include manual exposure, ISO priority, shutter priority, with shutter speeds as slow as 60 seconds and as high as 1/4000. The Insta360 ONE is also an excellent camera for live streaming.

After using the camera for almost a month now, I can say that the the Insta360 ONE offers very good photo and video quality. Of all the 360-degree cameras we have seen on the market, the Insta360 ONE is possibly the only camera that offers a bunch of cool and unique features.

For an asking price of AED 1399, the Insta360 ONE offers a whole lot of value. The unique features such as “bullet time” are fantastic, the 4K video quality is brilliant and the general image quality of photos is very good, too. If you are on the market fo a dependable 360-degree camera, you should definitely give the Insta360 ONE a second look!