With the demand for high-speed SD cards rising among photographers and content creators, memory manufacturers have lined up products that can handle high-speed shooting and high framerate video recording at 4K and 8K resolution. We take a look at the Kingston 128GB Canvas React Plus SDXC card. 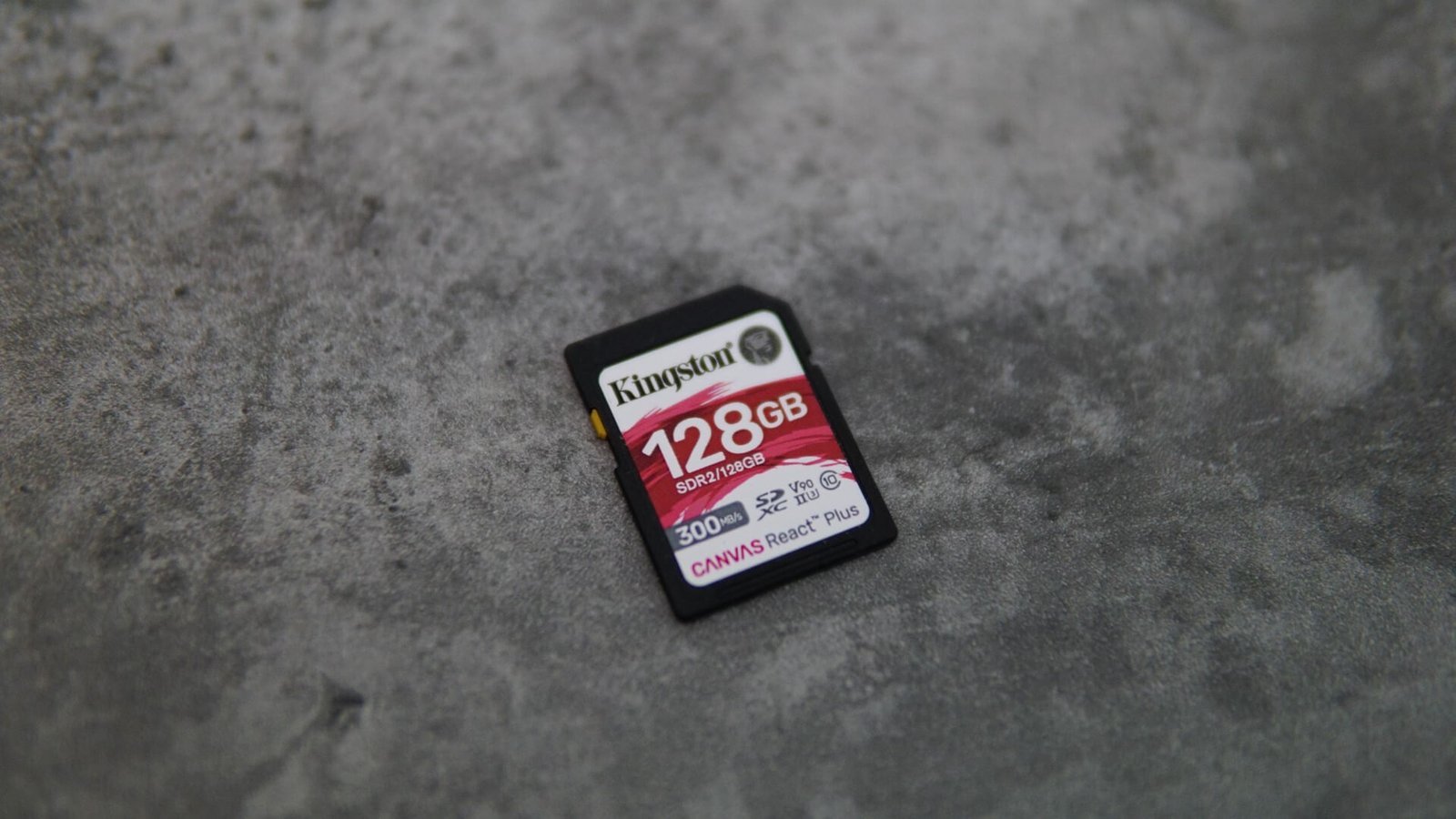 Kingston mentions that the new SDXC card features durable construction and has an operating temperature ranging between minus 25 degrees and 85 degrees. This ensures that photographers and videographers can use the card in extreme situations. 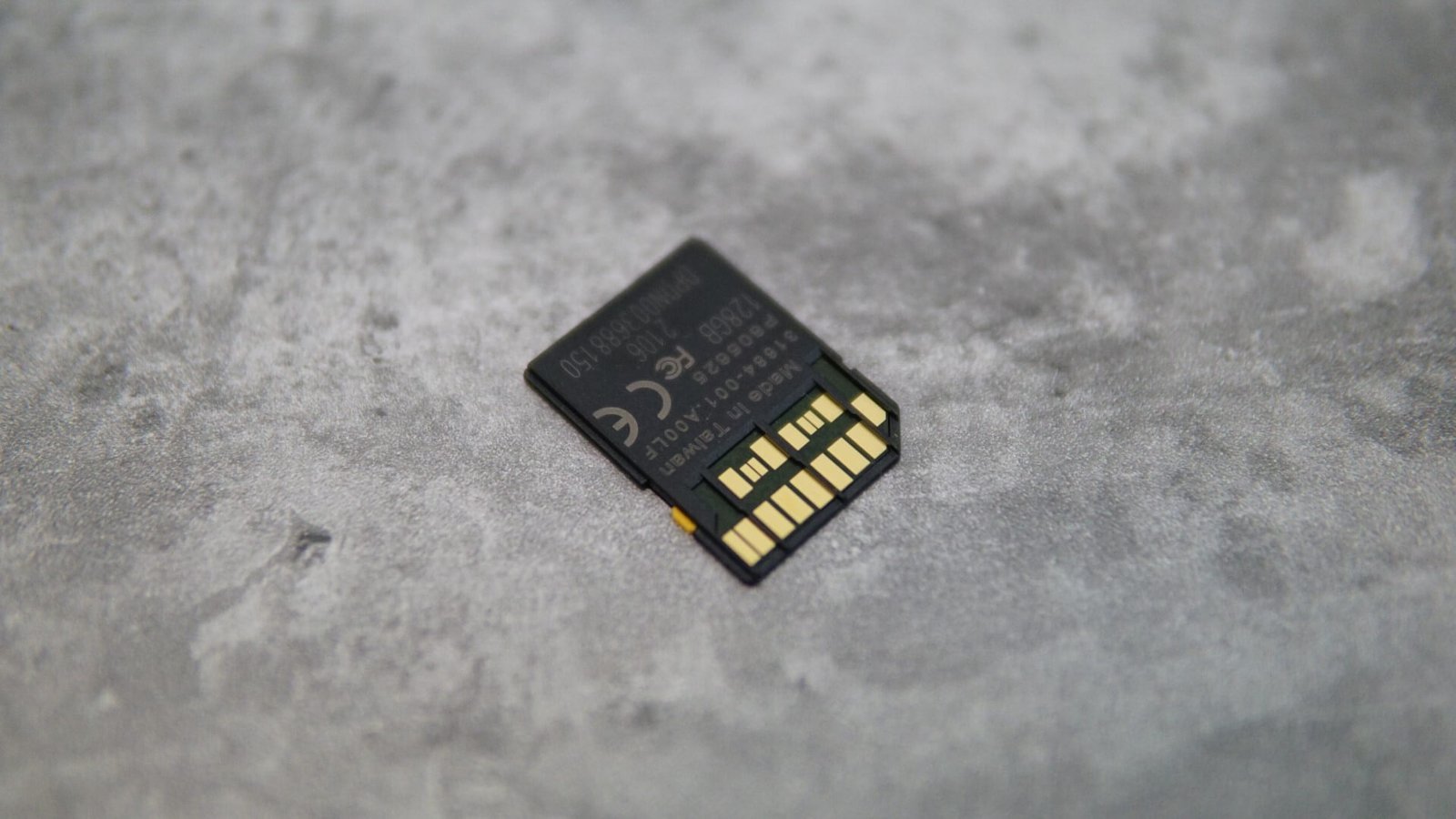 The Kingston Canvas React Plus SDXC card can be recognized with its white and red color sticker on the front side. The SDXC card comes with a high-speed SD card reader to easily transfer your PC in less time. While Kingston provides a lifetime warranty for the SD card, the card reader only has two years of warranty.

The new Kingston 128GB Canvas React Plus is classified as a Class 10, UHS-II U3 V90 SDXC card. Kingston mentions that the card features a read speed up to 300MB/s and a write speed up to 260MB/s. This means you are dealing with an SD card that can handle high-end cameras in the market such as the Sony A7RIV, the Sony A9/A9ii, the Sony A1, Nikon Z7ii, Canon EOS 5D Mark IV, Canon EOS IDX Mark III, Panasonic S1, and more. While we didn’t have the chance to try the card on any of those cameras mentioned above, I do own a Sony Alpha A7C, a compact professional camera with a 24MP image sensor. I tried shooting JPEG images in 10fps burst mode and the camera buffer could hold up to 125 20MP JPEGs at a time. The Kingston Canvas React Plus was able to clear the 125 JPEGs in around 35 seconds (We tried it twice). 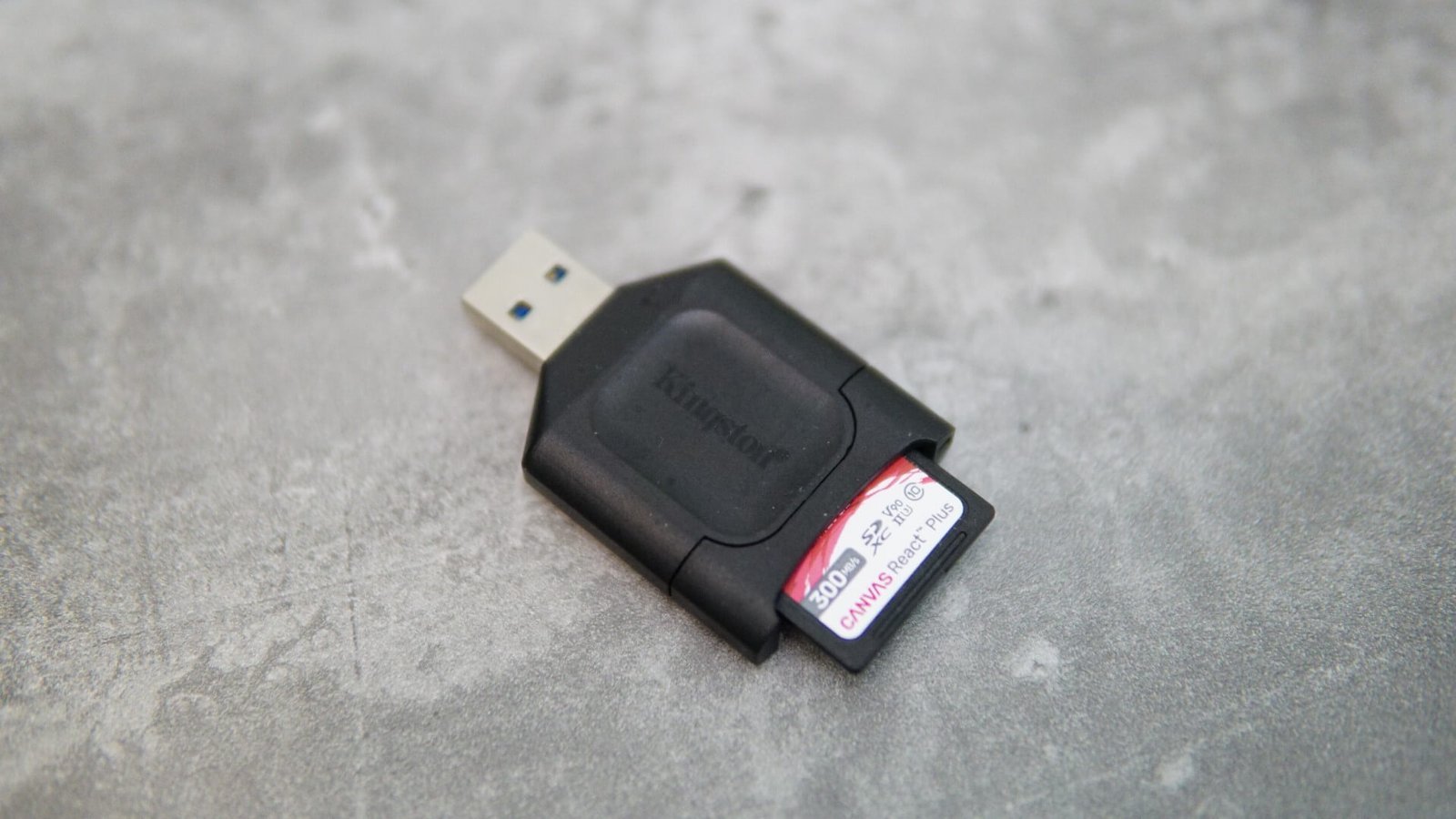 We also tried testing the SDXC card via the Kingston SD high-speed card reader using CrystakDiskMark and HD Tach, and below are the read and write speed results. 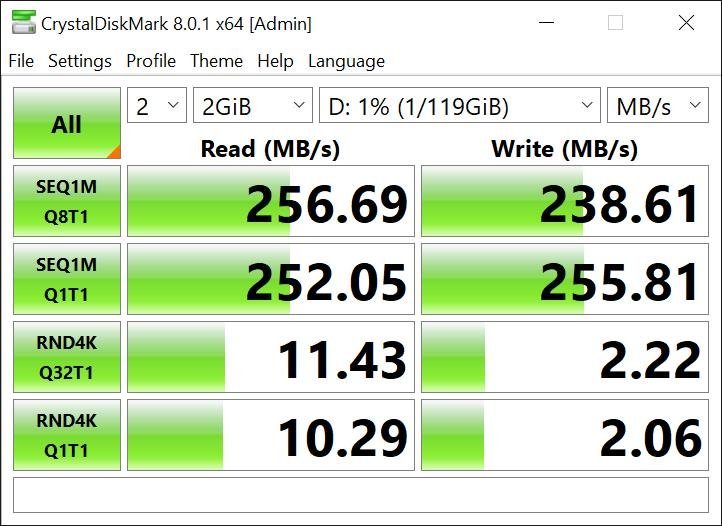 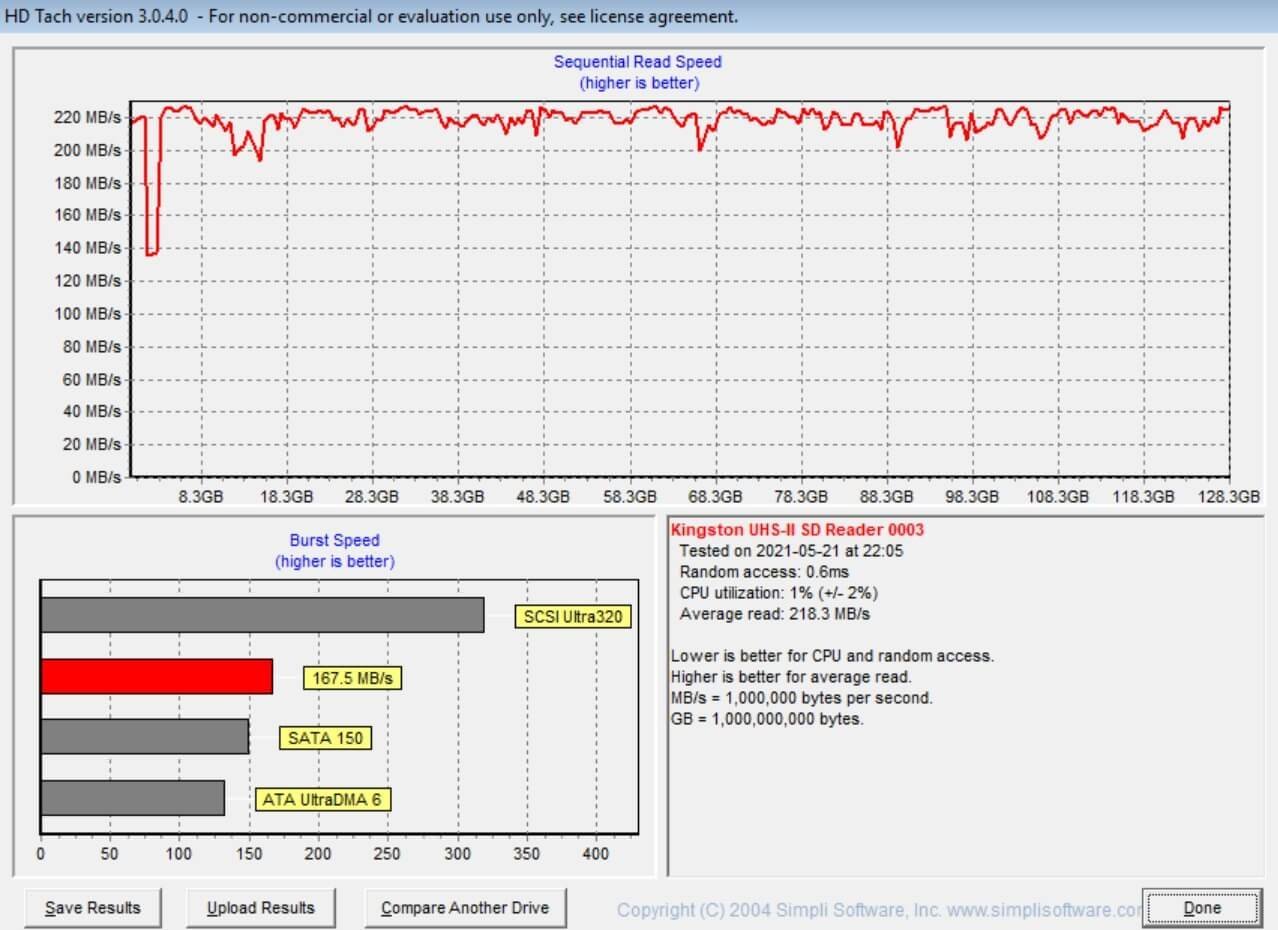 The benchmark read/write speeds that we got may be lower than what Kingston specified, but we suspect it could be due to the limitations of the SD card reader. That said, the Sony A7C is also able to record 4K videos and the Kingston Canvas React Plus SDXC card was able to handle the high-resolution recording at ease.

While most camera manufacturers are racing to release high-speed cameras that can capture high-resolution images and videos, memory card makers are now focusing to deliver SD cards with speeds that can handle 4K and 8K video recording. The Kingston Canvas React Plus SDXC card features an impressive read and write speed of 300MB/s and 260MB/s, respectively. The card is durable and can handle harsh situations. There is also the high-speed SD card reader that is also included in the package so you can quickly transfer all the data to your PC. 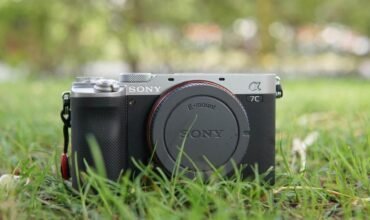 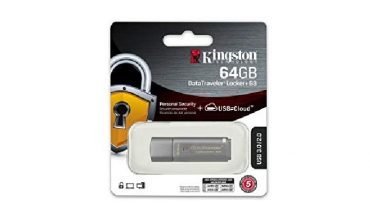 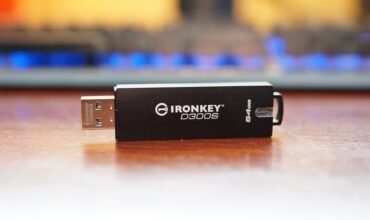