While Kingston is one of the leading manufacturers of memory and USB drives, the company also excels in advanced encrypted drives that protect your data from any unauthorized access. This is important especially for corporates and also for individuals who would not want their sensitive data to be leaked. We take a look at the Kingston IronKey D300S and see how the drive can protect your files. 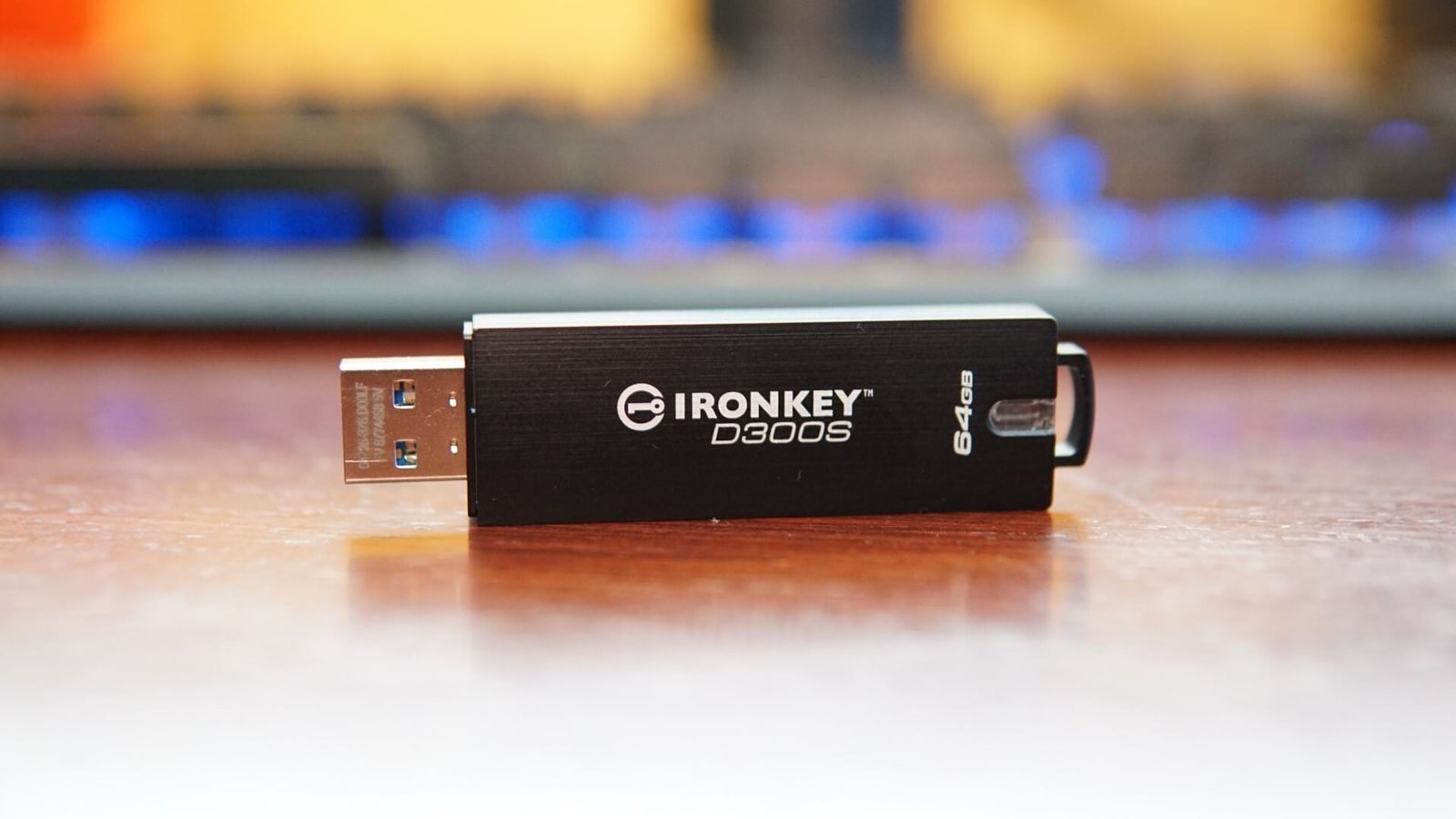 As the name implies, one would expect that a secure product would not disappoint when it’s about the build and design. Unlike the other standard USB drives that you would find on the market, the Kingston IronKey D300S features a premium brushed zinc metal body with an all-black color. The dimensions of the D300S as per Kingston is 77.9mm x 22.2mm x 12.05mm. While Kingston doesn’t confirm the actual weight of the device, the drive is slightly heavier than standard drives and that is clearly due to the metal body. The drive does come with a keychain holder on the opposite end of the USB port if you would wish to carry it around with a pair of keys. There is also a blue-colored LED that blinks when the drive is on use. 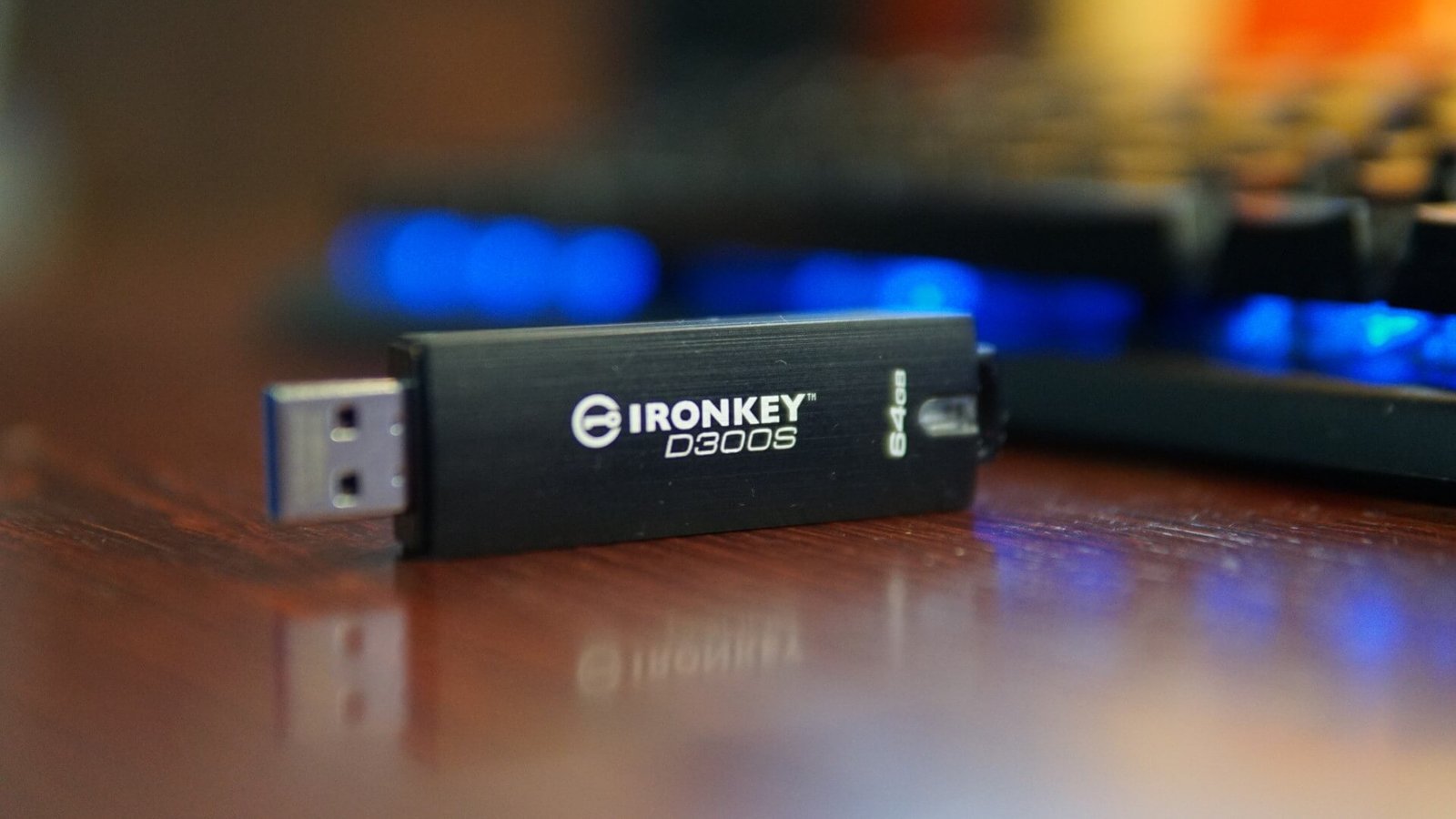 You can find the IronKey D300S logo on one side where the LED is located and the Kingston logo, along with barcodes on its opposite side. Speaking of which, the IronKey that we got for review here is the serialized version of the D300 series. The barcodes and serial numbers provided has their own benefits which we will cover in the later part of the review. 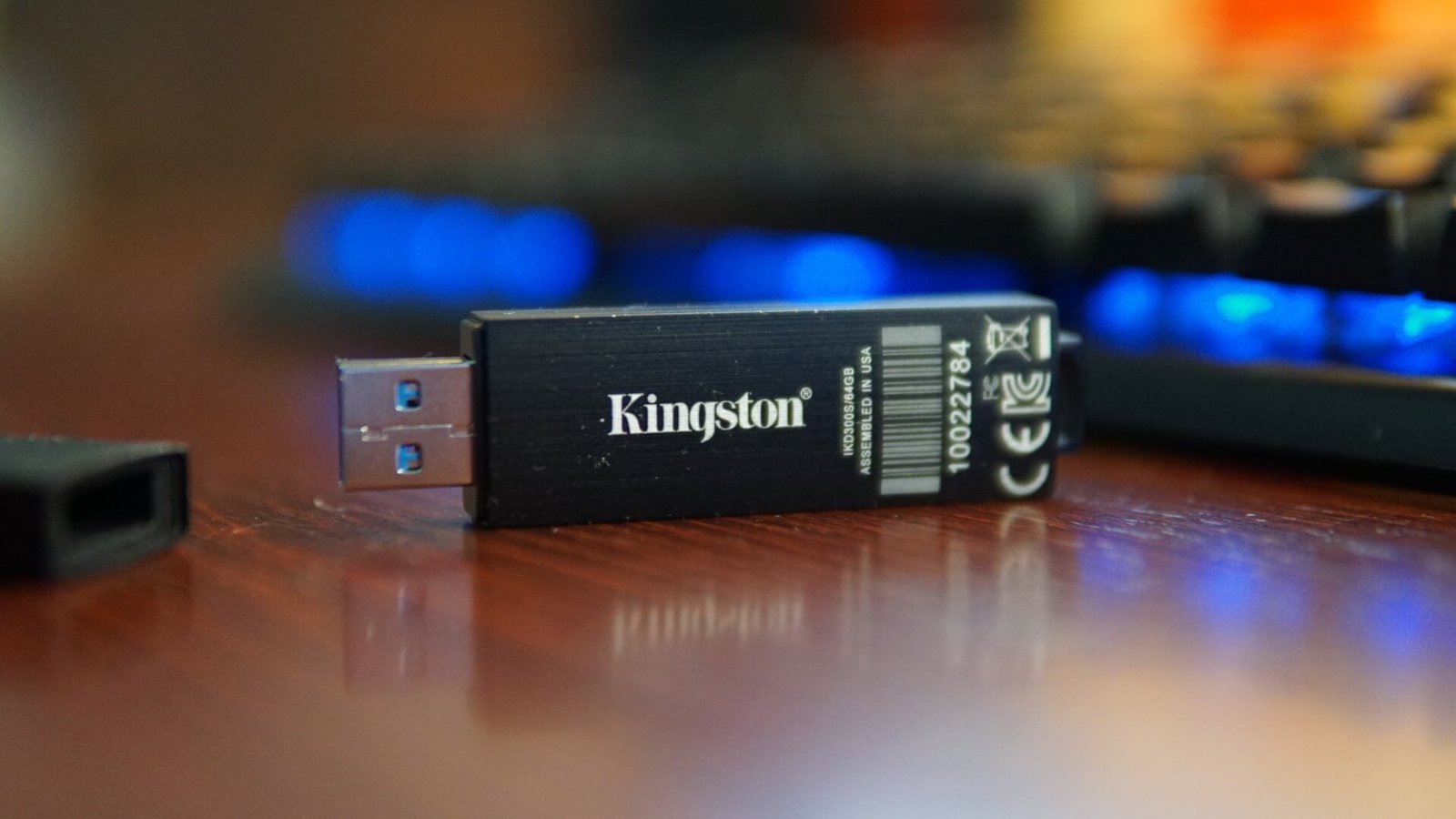 Kingston claims that the D300 series of drives are rugged and physically secure, thanks to the zinc casing that we mentioned before. The drive is sealed off well from any sort of physical tampering, assuring that the drive cannot be modified externally. However, it’s a shame that the drive is not shock-resistant as seen on other IronKey drives for enterprises. After all, data can also be lost if you accidentally drop the drive due to the physical damage. 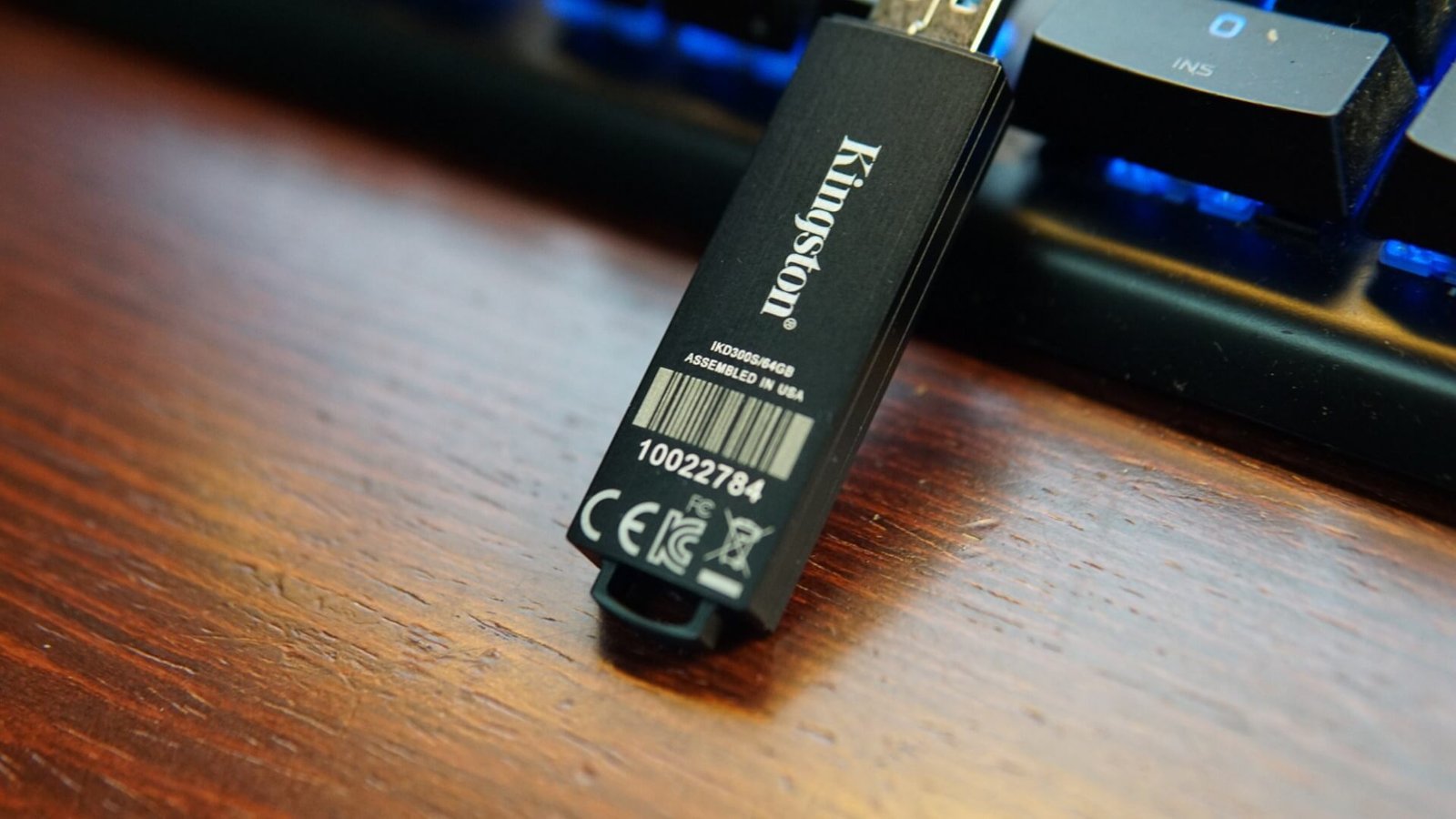 That said, the drive is waterproof up to 4 feet and carries the IEC60529 IPX8 certification. It’s a relief for those who may accidentally expose the drive to situations such as rain. Kingston recommends the obvious that the IronKey should be clean and dry before reusing the drive after it’s exposure to water. The drive is designed to operate in temperatures up to 60 degrees.

The Kingston D300S isn’t the average USB drive that you can simply access and copy files. Upon connecting the drive, you will need to run the IronKey.exe program to enter the password and get access to the storage. If you have forgotten the password by any chance, the only way to make the drive reusable is by resetting the device, where you can add a new password. However, the resetting process will also format the entire data that is stored on the drive. While it may be a harsh option for those who may have forgotten the password, this feature actually protects the data, in case someone unauthorized tries to reset the password in the hope to get access to the drive. 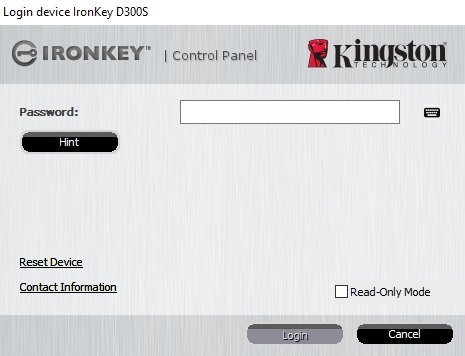 Another feature is the inclusion of a virtual keyboard option for entering the password. This helps to eliminate the chances of keyloggers recording what you type when you use the keyboard and is specifically useful when you use the drive on any other system. The program also allows you to see a “Hint” to help you remember in case you have forgotten the passcode. The hint portion can be set at the initial setup of the drive. There is also a “Read-only” mode that automatically enables the write protection once you enter the right password and get access to the drive. This helps from any foreign programs or rogue processes to write any data or inject any sort of harmful data to the flash drive. The drive’s firmware is digitally signed which helps to thwart any attempts of BadUSB exploit attacks. 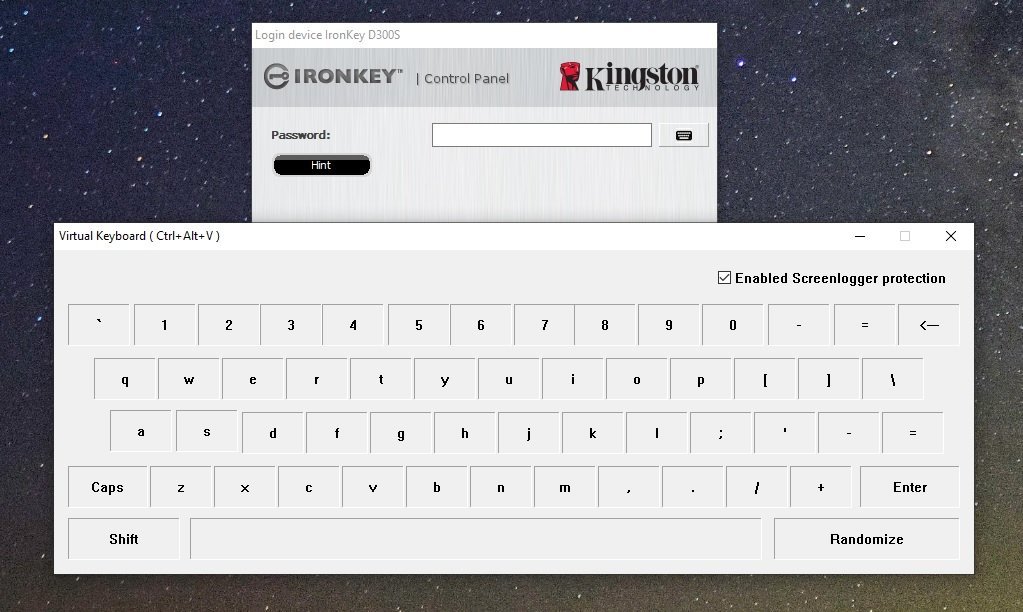 The IronKey D300S isn’t just a drive that simply offers password protection. The device features the FIPS 140-2 Level 3 certification. For those who don’t know, FIPS stands for Federal Information Processing Standard Publication 140-2 and it’s a US government-based computer security standard that’s basically used to acknowledge cryptographic modules. There are four different levels of FIPS 140-2, where the IronKey D300S is the Level 3 variant. Along with the addition of tamper-evident physical security from Level 2, Level 3 tries to stop an intruder to get access CSPs in the cryptographic modules.

The Kingston IronKey D300S also features the XTS 256-bit AES hardware encryption. The AES, or Advanced Encryption Standard is a type of block cipher that can encrypt 128-bit blocks of data. And when the need comes to encrypt data beyond 128 bits, AES will use a block cipher mode. While there are many types of block cipher modes such as Electronic Code Book (ECB) and Cipher Block Chaining (CBC), XTS is one of the latest modes that provide better and stronger data protection than what ECB and CBC can do.

If you haven’t noticed, the “S” for the IronKey D300S branding stands for serialised. It means that the drive comes with a unique serial number and a barcode that is printed on the drive. The main advantage is that network administrators will be able to read or scan the printed code. This avoids the need to connect the drive to the system and read the unique serial number. Another advantage is that if an IronKey D300S is lost, we will be able to track down the owner with the help of the printed serial number. 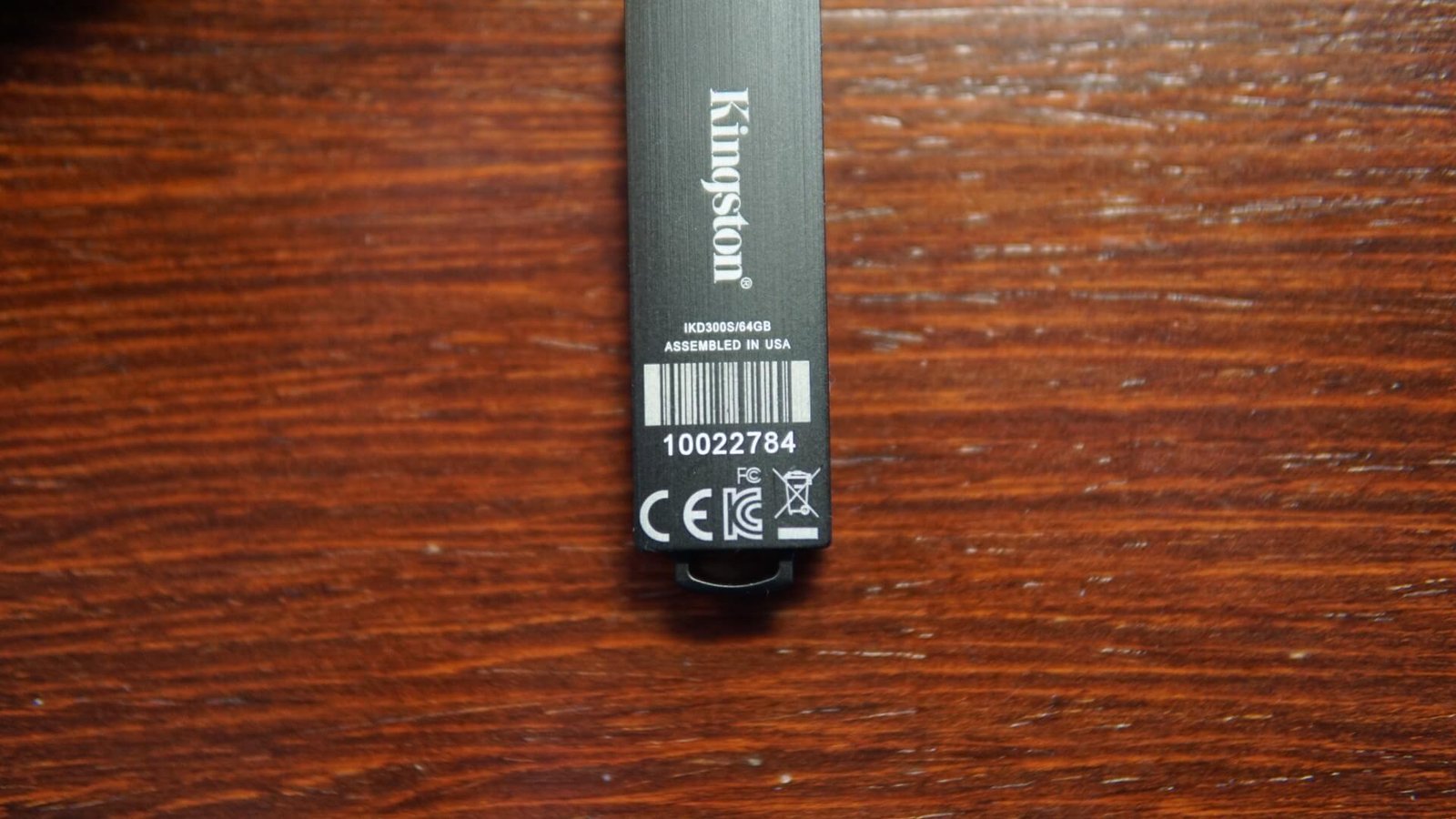 The Kingston IronKey D300S features a USB 3.1 Generation 1 port that should provide high-speed transfers. However, the company decided to give different speed capabilities for the different capacities of the IronKey D300S. The drive is sold in either 4GB, 8GB, 32GB, 64GB, and 128GB capacities and we got the 64GB variant for review. According to Kingston, the IronKey 64GB D300S should be able to offer 250 MB/s read speeds and 85MB/s write speeds capability with its NAND memory. 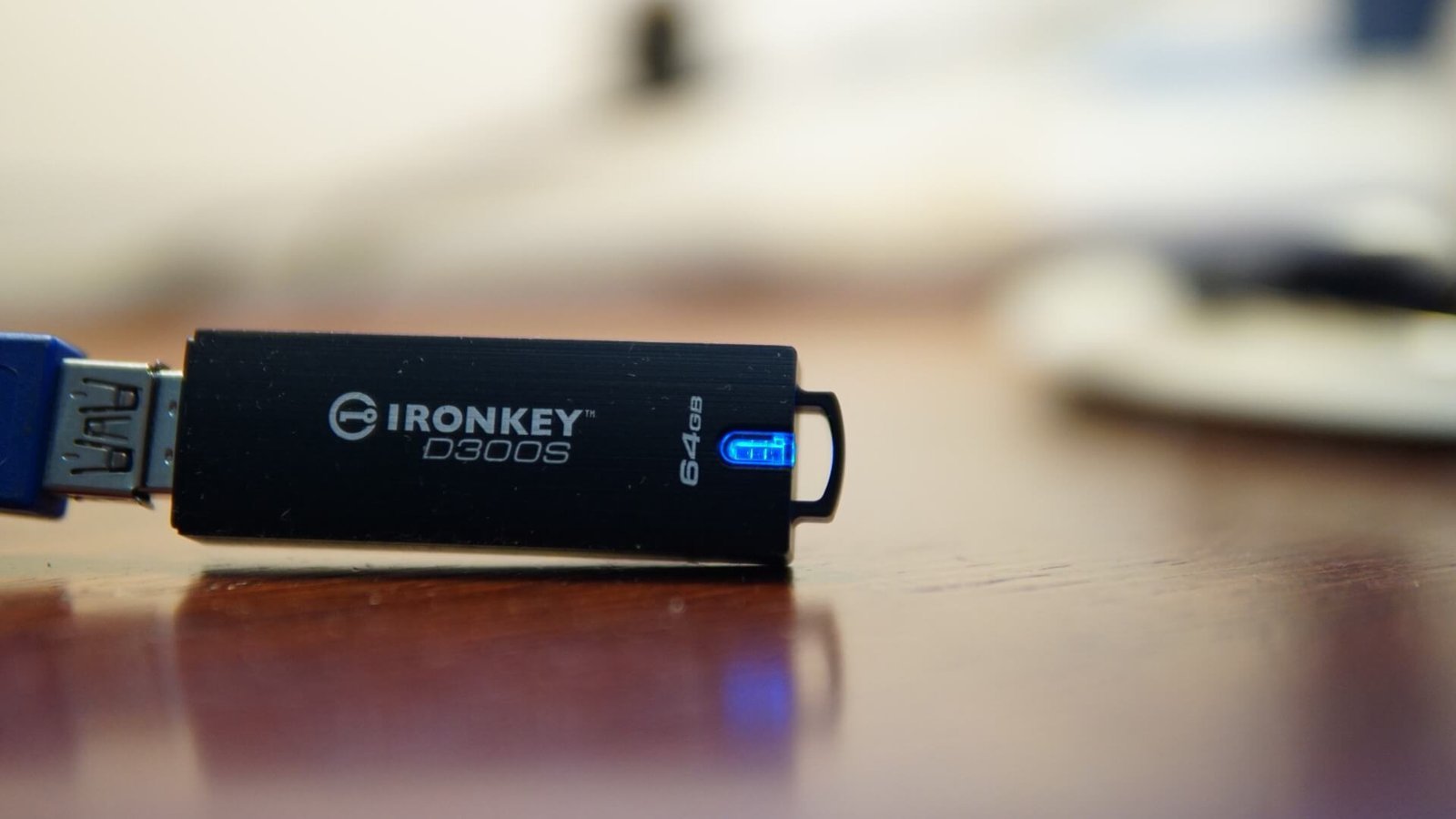 We tested the IronKey D300S on a Windows 10 system that features the AMD Ryzen 3800X processor and the ASUS X370 Crosshair VI Hero motherboard. I had tested the drive initially via the USB 3.0 port of the system. I did try to copy some big-sized files from the GTA 5 game that is over 2GB each. The file was being transferred from an internal 4TB Samsung 860 EVO SATA SSD to the Kingston D300S drive and the results I got were a maximum of 160 MB/s. I had replicated the test again but with multiple big files from the GTA 5 folder and got a speed of around 87 MB/s. 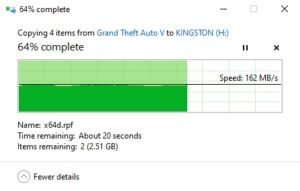 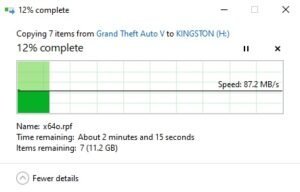 However, when I tried the same on a USB 3.1 port, the copy speeds only maxed out around 40 MB/s. This may be due to some driver issues as USB 3.0 and above standards are generally fast when it comes to file transfers. That said, through the USB 3.0 port, I had copied the entire GTA 5 game files and it took almost 18 minutes to finish the job. I also had tested the drive with HD Tach. 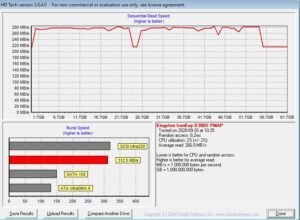 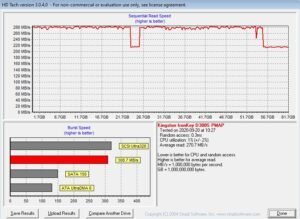 The Kingston IronKey D300S is perfect for those who want to secure their sensitive information from unauthorized access and also enjoy the benefits of portability and high-speed file transfers. The drive comes with Level 3 of the FIPS 140-2 that eliminates all the vulnerabilities of previous levels, along with XTS mode of 256-bit AES encryption and a control panel that enables password protection from unauthorized access. If the drive gets stolen, rest assured that the data will not be accessed as any attempt to reset the drive will format the data as well. The drive is also waterproof and also features a rugged zinc casing. Above all, the inclusion of the serial and barcodes are beneficial for network administrators. 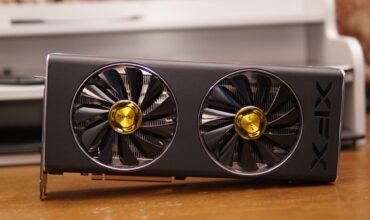 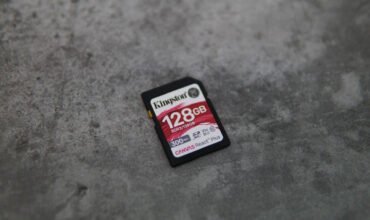 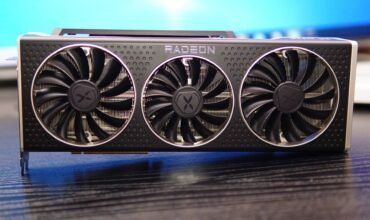