It is the age of smartphones with minimised bezels. While many vendors have incorporated bezel-less or minimized bezels on flagship devices, only a few have actually bought the goodness of minimized bezels to the masses.

And LG is one of them. The LG Q6 is part of the company’s new Q series, which is aimed at the mid-range smartphone market. The LG Q6 offers a FullVision display following the company’s flagship, the LG G6. With the Q series, LG wants to bring premium features at affordable price range. The phone measures 142.5-by-69.3-by-8.1mm and weighs just 149-gms.

The LG Q6 looks good with its minimalist and sleek design. The metal frame surrounding the Q6 is constructed of ultra-strong 7000 series aluminum. Meanwhile, the backplate is made of hard and glossy plastic, which is also a fingerprint magnet. On the front, you get a 5.5-inch 18:9 FHD+ FullVision Display, that offers a resolution of 2160-by-1080 pixels. The LG Q6’s 18:9 aspect ratio makes video browsing, gaming and multi-tasking more immersive. On the top of the screen, you get a 5MP wide angle camera for all your selfie requirements. On the right edge, you get the power button, while on the left, you get the volume rockers, a hybrid slot that accepts one micro SD card and a nano SIM, and a separate slot for the second nano SIM. You rarely come across a smartphone that lets you insert dual SIMs and a micro SD card at the same time. With the Q6, it is certainly a welcome addition. Turn the phone around and you will find the 13MP camera at the back with no visible camera bump. Right next to it is the LED flash module. On the top edge you get a microphone, while at the bottom is where you will find the micro USB port alongside the 3.5mm audio jack and another microphone. The Q6 does not only look good, but is extremely easy to hold and use. LG has put in some ergonomic research during the development of the LG G6 and the results of the research has been ported onto the Q6, too. It is very comfortable to hold and use with one hand. The LG Q6 also incorporates LG’s proprietary Face Recognition feature, which allows owners to unlock the Q6 faster and with less hassle than other facial recognition technologies currently available. All you do is look at the phone and press the power switch and the phone immediately recognizes your face to unlock itself. The speed at which this happens has really impressed me. Under the hood, the Q6 is powered by a 1.4GHz octa-core Snapdragon 435 processor. It also comes with 3GB of RAM and 32GB of internal storage. The internal storage can be expanded to up to 256GB using a micro SD card. The phone runs on Android 7.1.1 Nougat OS. The LG Q6 comes with a 3000mAh battery. The front camera of the device incorporates a 100-degree wide angle selfie camera that allows you to include a large group of friends and family in the shot without effort. The device’s 18:9 aspect ratio makes everything look really good – whether you are gaming, watching a movie, shooting a video, taking a picture, or just browsing the internet.

In terms of performance, since the Q6 is aimed at the mid-range smartphone market, you really can’t expect blockbuster numbers. With that said, though, the LG Q6 is a very capable performer day-to-day. It’s not slow or sluggish, and we were able to breeze through applications without hitting a roadblock.

The primary camera is rated 13MP – hence, the images taken in good lighting are decent looking. The colour reproduction was quite good. However, the camera was a bit slow at responding and hence we ended up with a few shots with motion blur. Under low light conditions, we ended with grainy and noisy shots. Photography is certainly not the Q6’s strength.

The LG Q6 is priced at AED 849 and is available in three colours: Ice Platinum, Astro Black and Terra Gold. In terms of performance, the phone offers decent numbers. In terms of photography, it does let down a bit. However, the 18:9 screen aspect ratio is getting popular now and LG’s Q6 definitely looks like a worthy device at a very affordable price point. If you want an affordable device to show off, the LG Q6 could be one of your options. 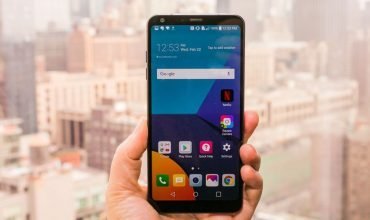 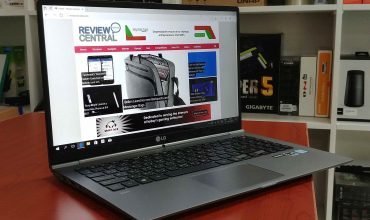 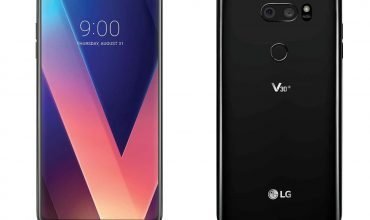