When HMD Global announced that it is about to launch its new flagship – the Nokia 8 – I was waiting with bated breath. Of course, it wasn’t anything to do with nostalgia – well, 30 percent nostalgia and 70 percent anxiousness about the new Nokia flagship. The phone was launched with much fanfare a week ago. At first looks, the Nokia 8 looks very much like the Nokia 5, albeit with a few changes here and there. The Nokia 8 comes with an attractive and very slim all-aluminum design with an average thickness of 7.3mm. The phone is 4.6mm at its thinnest point and 7.9mm at its thickest. Nokia offers three colour choices with the Nokia 8 – matte silver, glossy blue, glossy copper and matte blue. The version we received for review was the matte blue variant. On the front of the device, you get a 5.3-inch QHD 2560-by-1440 IPS LCD display that offers a brightness of 700 nits. The display looks bright and crisp and the colours look vibrant. Outdoors, however, you really need to crank up the brightness a bit in order to view the display. Just below the display, you will find the fingerprint sensor as an indented home button. While many vendors have moved the fingerprint sensor to the rear of their devices, Nokia has stuck the sensor onto the front of the phone. Also, many vendors have started to use minimized bezels on their flagships – however, that is not the case with the Nokia 8. On the top of the display, you will also find a 13MP camera that comes with a new feature called Bothie. More on that later. You do get a chunk of bezel on the top and at the bottom of the display and that might make you think why Nokia went with a dated design for their flagship. However, overall, the construction and build quality is top notch. Under the hood, the Nokia 8 runs on a 2.45-Ghz Qualcomm Snapdragon 835 processor. You also get 4GB RAM and 64GB of built-in storage, which can be further expanded to up to 256GB using a micro SD card. The Nokia 8 is also not waterproof but rather only splash-proof with an IP54 rating. The Nokia 8 comes with a 3090mAh battery that supports Quick Charge 3.0 tech. Flip the phone around and you will find a dual camera setup, made up of a 13MP colour sensor and 13MP monochrome sensor. This setup is similar to the ones seen on other vendors’ devices. This dual camera setup, however, does not allow you to shoot images with a bokeh effect – meaning, no depth of field. The Nokia 8 camera though, is a result of a partnership between HMD and optics maker Zeiss. The camera on the Nokia 8 shoots one image in black and one image in colour. These two images are then combined into a single shot with greater contrast using ‘Image Fusion Technology’. The Nokia 8 also comes with a two-tone flash and both the sensor’s apertures are f/2.0. Nokia’s OZO camera division is also involved in developing the Nokia 8. It co-developed the 360° spatial surround audio recording, which will capture sound with a quality to match the sharpness of the 4K video.

In terms of UI, Nokia 8 offers a very clean stock Android experience. And that is possibly the biggest strength of the device, because there is no additional customisation or bloatware. Everything from the dialer and keyboard to the contacts uses Google’s Mobile Services.

The stock Android experience also means that the device will receive quicker updates. Nokia promises that owning the Nokia 8 will be one of the fastest ways to get Android O in your hands. While, I like the clean design of the UI, I am also a fan of unique experiences offered by vendors who customise the Android skin with their own unique touches.

At the launch event, Nokia reiterated that the Nokia 8 is a device made for people who create content. So, when I was testing out the camera on the Nokia 8, I was expecting brilliant results. I am glad to say that the Nokia 8’s camera system performs really well indoors and outdoors.

Colours pop out in each shot and the images shot look crisp and vibrant. Sometimes we did encounter a few shots with average results, but overall, the camera performed quite well. The Bothie mode was a fun addition to the whole package. However, the camera app does not offer too many options to customize. There are no manual settings, which is sort of a let down.

Since the Nokia 8 comes with OZO Audio capability, videos shot using the device sounded very good. Using multiple microphones, the Nokia 8 can capture a high dynamic range and record binaural audio. So if you are into live streaming, this feature will be a boon.

In terms of pure performance, the Nokia 8 aced our AnTuTu Benchmark test with flying colours. For a brand that came back from the dead, this is a major achievement. The Nokia 8 is available at a price of AED 1699 – that’s an excellent price point for a flagship device from a trusted brand. Really, go for it, if you are on the lookout for a very good flagship smartphone. 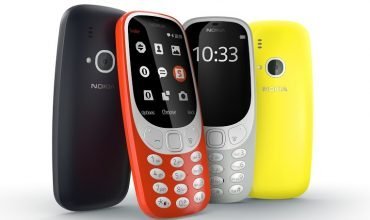 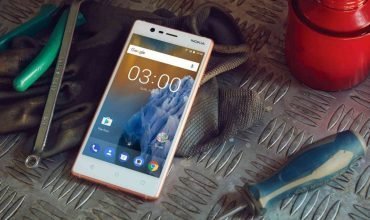