I am not sure why many reviewers are hating this fitting farewell to Johnny Depp and his Captain Jack Sparrow avatar. Of course we cannot compare this fifth installment to the very first in the series, which featured a rip-roaring pirate adventure, along with a straight-forward story and lovable and fresh characters. 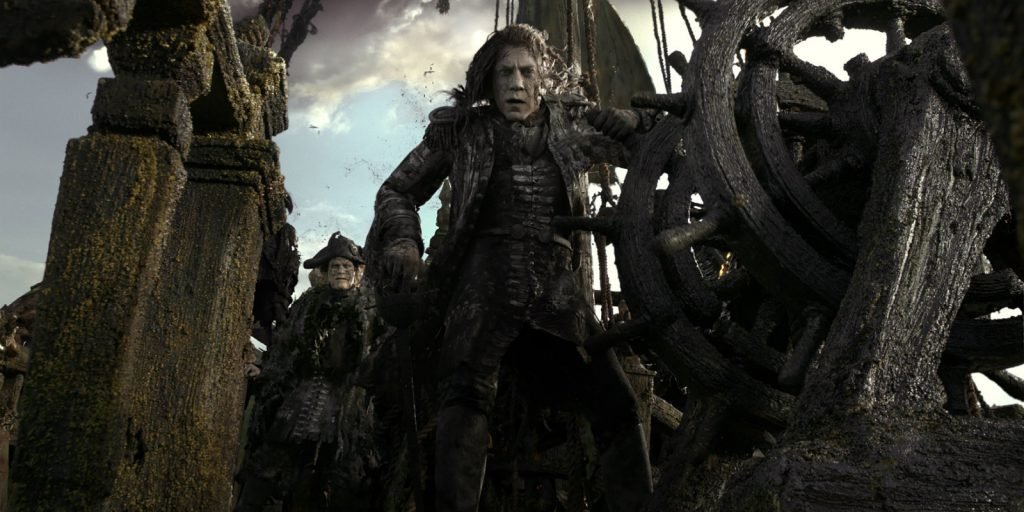 Pirates of the Caribbean 5 (also known as Dead Men Tell No Tales / Salazar’s Revenge) has its own charm. This installment, which is directed by Joachim Ronning and Espen Sandberg, picks up with Captain Jack Sparrow on the  run again. This time, he is being chased by a horde of supernatural pirate hunters – Captain Armando Salazar (Javier Bardem) and his crew. 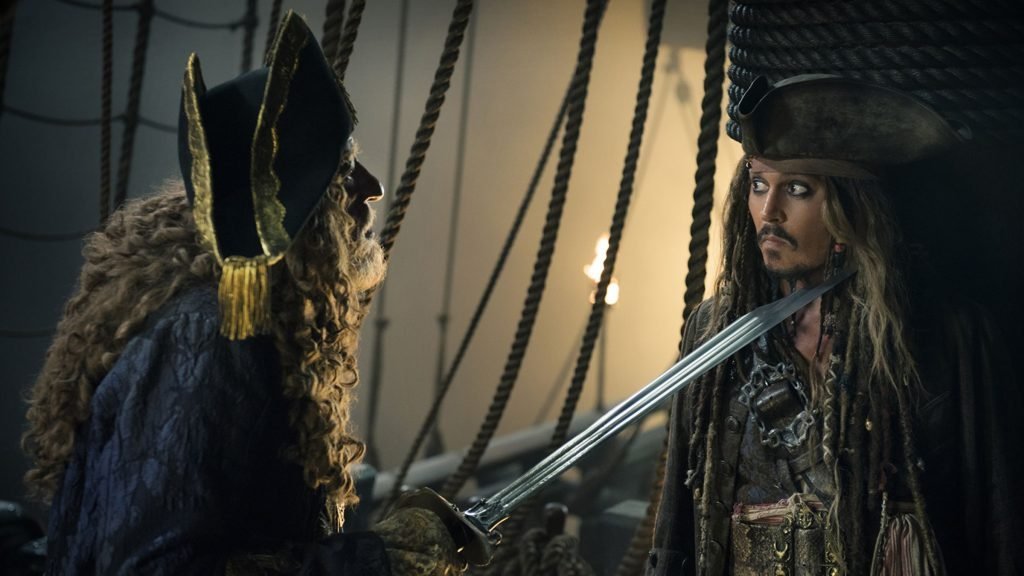 As the back story tells you, Captain Salazar and his team were led to their doom years ago, by a then-young Sparrow. So, Captain Salazar is out for revenge. Joining Jack on his adventure is the astronomer Carina Smyth (Kaya Scodelario) and the sailor Henry Turner (Brenton Thwaites). They journey together to recover the Trident of Poseidon: an object that can not only stop Salazar, but possibly save Henry’s father Will (Orlando Bloom) from the fate that he was doomed to, during 2007’s Pirates of the Caribbean: At World’s End. 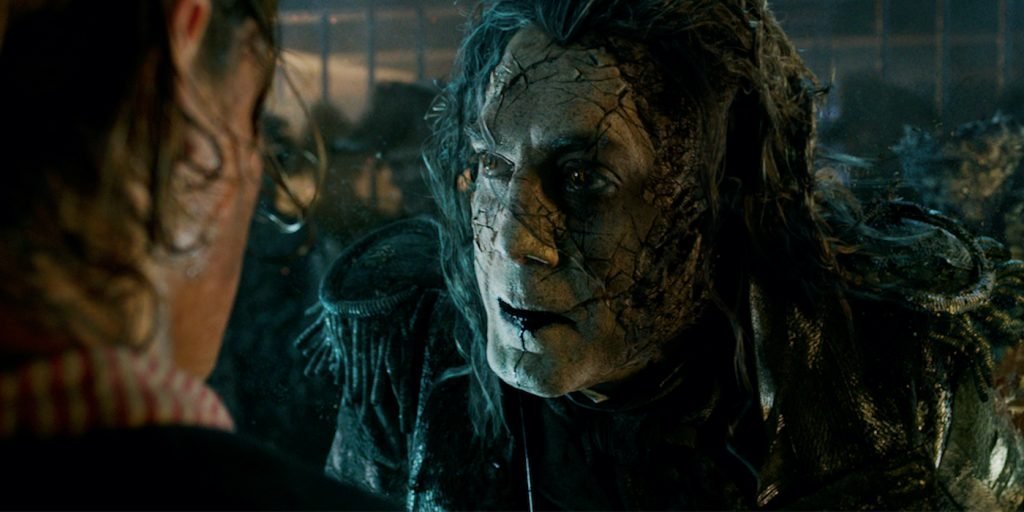 The producers built the entire movie on a massive $230 million budget. So when you watch the movie, you are mesmerized by the awesome CGI, particularly Salazar’s ship that creeps along the ocean as a haunted carcass. I watched the movie at Novo Cinemas at Ibn Battuta Mall, which features an IMAX theater. The overall experience was quite amazing.

While CGI is a major plus point of the film, Pirates of the Caribbean 5 has just that to boast about. The plot of the movie is somewhat negligible, there’s no sword fight, and no ship battle. Over the course of the movie, you realize there is nothing particularly memorable. The film runs out of steam midway through as the flashbacks take over. Depp’s one liners and witty jokes also become repetitive.

One thing I liked though about Pirates of the Caribbean 5 is that Depp is back in a co-starring role. He is not the center stage where he can easily become grating. This, I think is by far the best decision the filmmakers could have made. At the end of it, Pirates of the Caribbean 5 is a lovely surprise, and one that could – and should – remind fans what was so refreshing and entertaining about the Pirates series in the first place.