Synology manages to impress me every time I review one of their awesome NAS (network attached storage) devices. This time around, though, the Synology DiskStation DS1817+ fell short in the performance department, though it did manage to excite me with its build quality, delicious UI and the boat load of features it accompanies. 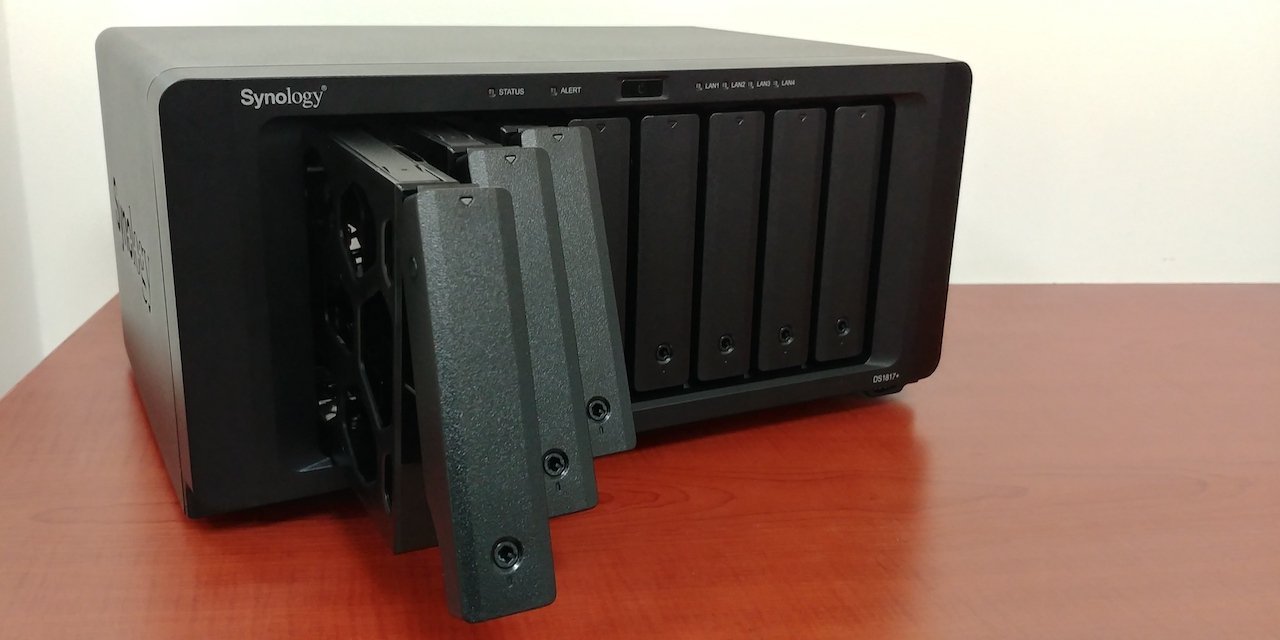 The Synology DS1817+ is an 8-bay network attached storage solution that comes equipped with an Intel quad-core 2.4 GHz processor. In terms of built-in memory, the company offers two variations – 2GB and 8GB. The built-in memory can be further expanded to up to 16GB. The company sent us the 2GB version for a test drive. The quad-core processor that powers this NAS, also comes with an AES-NI hardware encryption engine. You can even add an M.2 SSD adapter card for dual SSD cache drives into the device. The DS1817+ can store a maximum of 80TB in storage on a single system using eight 10TB drives. That equals to a massive storage capacity of 180TB in total via expansion units.

The DS1817+ also features four 1GbE LAN ports. In terms of build quality, the DS1817+ uses the same sleek black chassis as the DS1815+ but with a number of modifications at the rear. The quad Gigabit, triple USB 3.0 ports, and dual eSATA ports have been relocated to the back of the panel leaving room at the side for a single PCI-Express expansion slot. The device also features on USB 3.0 port on the front just below the disk arrays. The disk arrays, by the way, support both 3.5-inch and 2.5-inch SATA drives, which is quite awesome. Like all Synology NAS solutions, the DS1817+ is managed by DiskStation Manager (DSM), which is currently in version 6.1. DSM is a powerful and comprehensive operating system that features tons of ways to easily manage your DiskStation. The software includes a bunch of useful apps such as File Station, a user-friendly file management tool with seamless drag-and-drop operation and advanced search and filtering tools. There’s also Surveillance Station, a web-based application that manages IP cameras and Cloud Station Server, a comprehensive way to sync data from multiple platforms on your Synology NAS.

In order to gauge the performance of the DS1817+ NAS, fitted four 10TB Seagate IronWolf NAS drives and used Synology’s discovery web portal to load the latest DSM software. The DS1817+ is virtualization ready as well, which means it support virtualization environments such as VMware, Citrix, Hyper-V, and OpenStack. In terms of performance, the DS1817+ was able to offer good performance, though it could have been better.

The real superstar of the show, however, is Synology’s DSM. This software is positively brimming with data protection features. BTRFS volumes support on-demand and scheduled snapshots which can also be replicated to BTRFS volumes on remote Synology appliances.

The Hyper Backup app manages all your local, remote, Rysnc and cloud backups and has wizards for nineteen different types of backups. The Cloud Sync app works with 21 public providers and private clouds are yours for the taking with Synology’s Cloud Station Server app on the case. That’s a whole lot of value for your money.

In summary, the DS1817+ is powered by a Quad-core 2.4GHz CPU with an AES-NI hardware encryption engine and up to 16GB in dual-channel DDR RAM. This scalable NAS solution offers up to 80TB in storage on a single system (8 x 10TB drives), which can be expanded to a healthy 180TB via expansion units.

When it came to performance, the DS1817+ did a good job at handling whatever job was thrown at it. If you run a small business and are looking for a reliable NAS to handle all your storage requirements, the Synology DiskStation DS1817+ is definitely one of the devices you should consider. 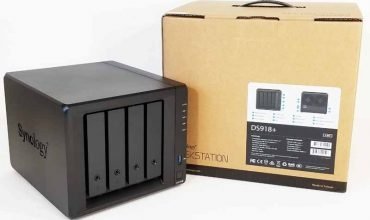 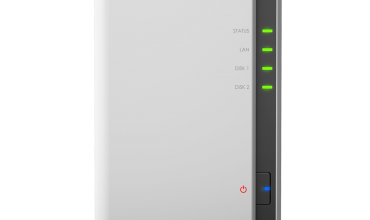