The entire theatre applauses with whistles, hoots, and general shouts of “Thala!”, as soon as we see Ajith Kumar’s (main lead) silhouette enter a super-secure gangster camp in the middle of a jungle. The excitement cannot be undone, as our hero single-handedly takes on a mini army, shooting mercilessly in all directions, while himself not suffering a single scratch or a dent.

All this while, Anirudh’s (music director) excellent background music accompanies the brilliantly choreographed action sequences by Siva and Team. That, my friends, is AK for you. Also called Ajay Kumar, he is the protagonist of Vivegam, Ajith Kumar’s 57th film. AK was once the head of a counter-terrorism squad. He is today, the most wanted fugitive as intelligence agencies from around the world want to hunt him down and recover the two hard drives he stole from the Russian mafia. These hard disks contain codes to launch a nuclear weapon. A team that is formed to hunt AK down are his former team mates – his friend (and brother from another mother) Aryan Singha (Vivek Anand Oberoi), Mike (Serge Crozon), Rachael (Amila Terzimehic) and Shawn (Arav Chowdhary). 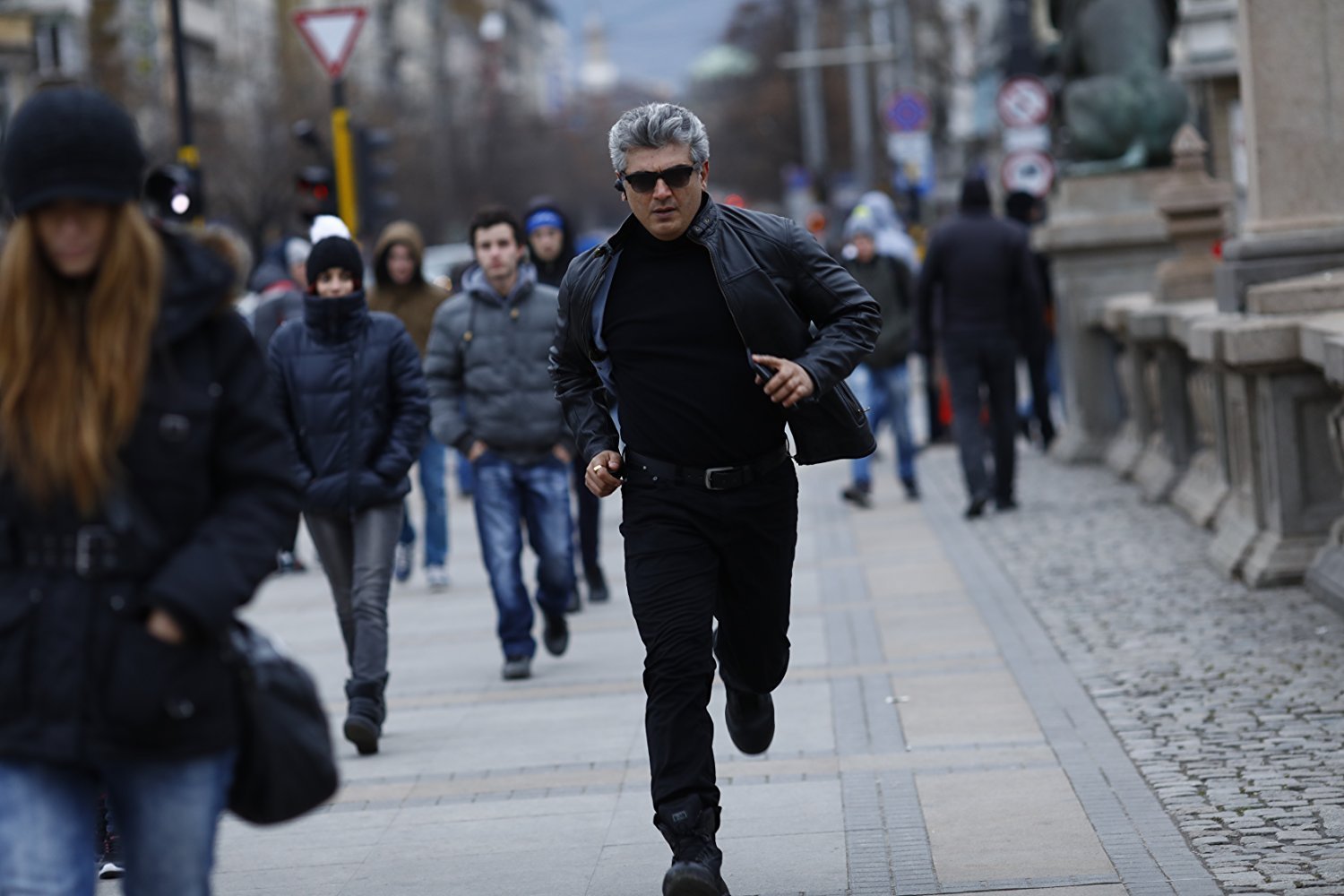 We get to see in the flashback that as a team, their previous mission was to capture Natasha (Akshara Haasan), a brilliant hacker who possessed the codes to launch deadly man-made earthquakes with the nuclear weapons. While AK succeeds in tracking down the hacker, there is a twist in the plot that sets him on a rage-filled revenge spree. 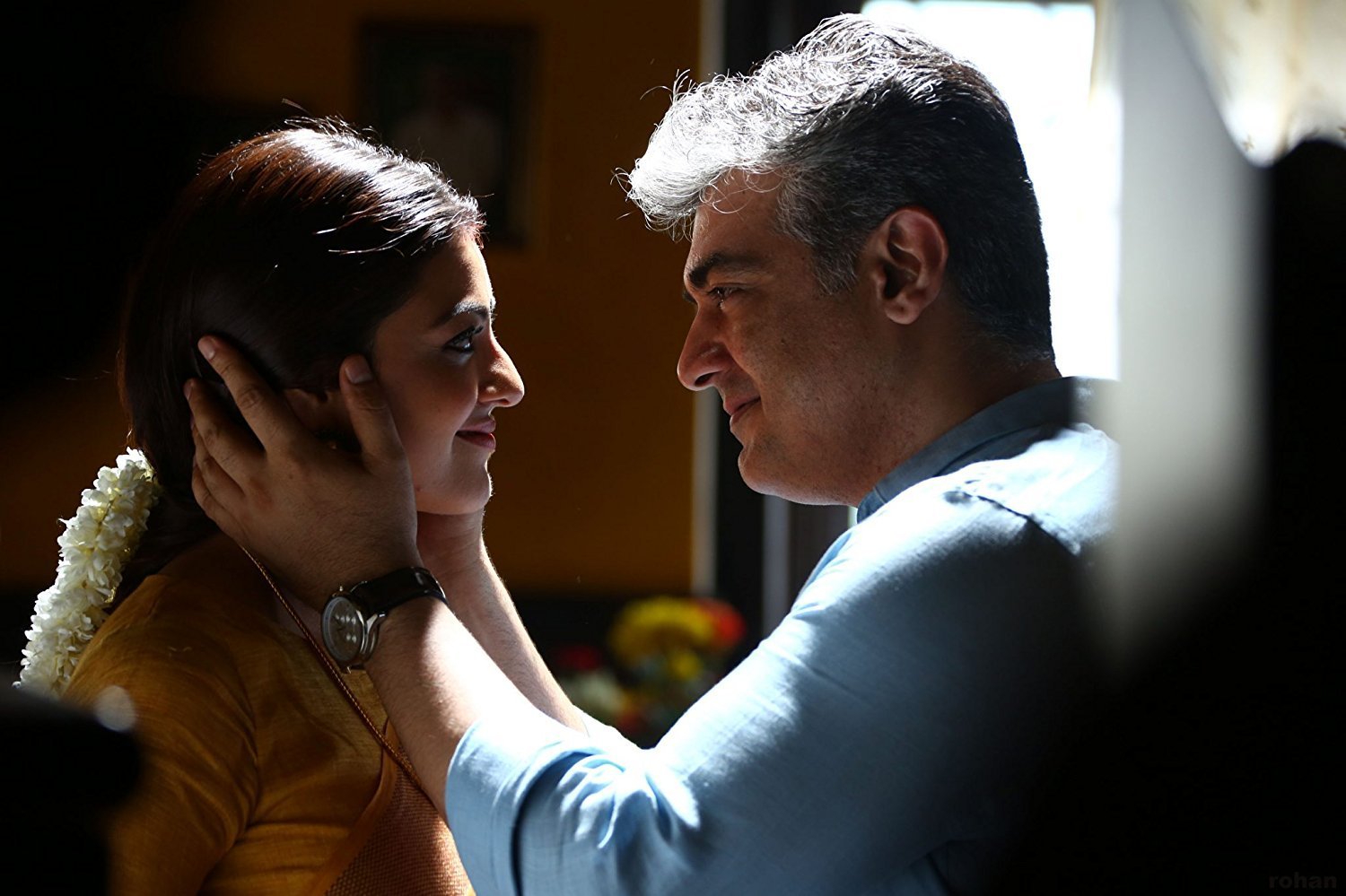 Meanwhile, there is also AK’s pregnant wife Yazhini (Kajal Aggarwal), who becomes a player in the life-threatening mission he has embarked on. Yazhini plays the perfect and dutiful wife, who understands her husband’s life is always on the line. Hence, she keeps calling him to know his well-being. And AK never misses answering her calls, even in a high-speed chase. 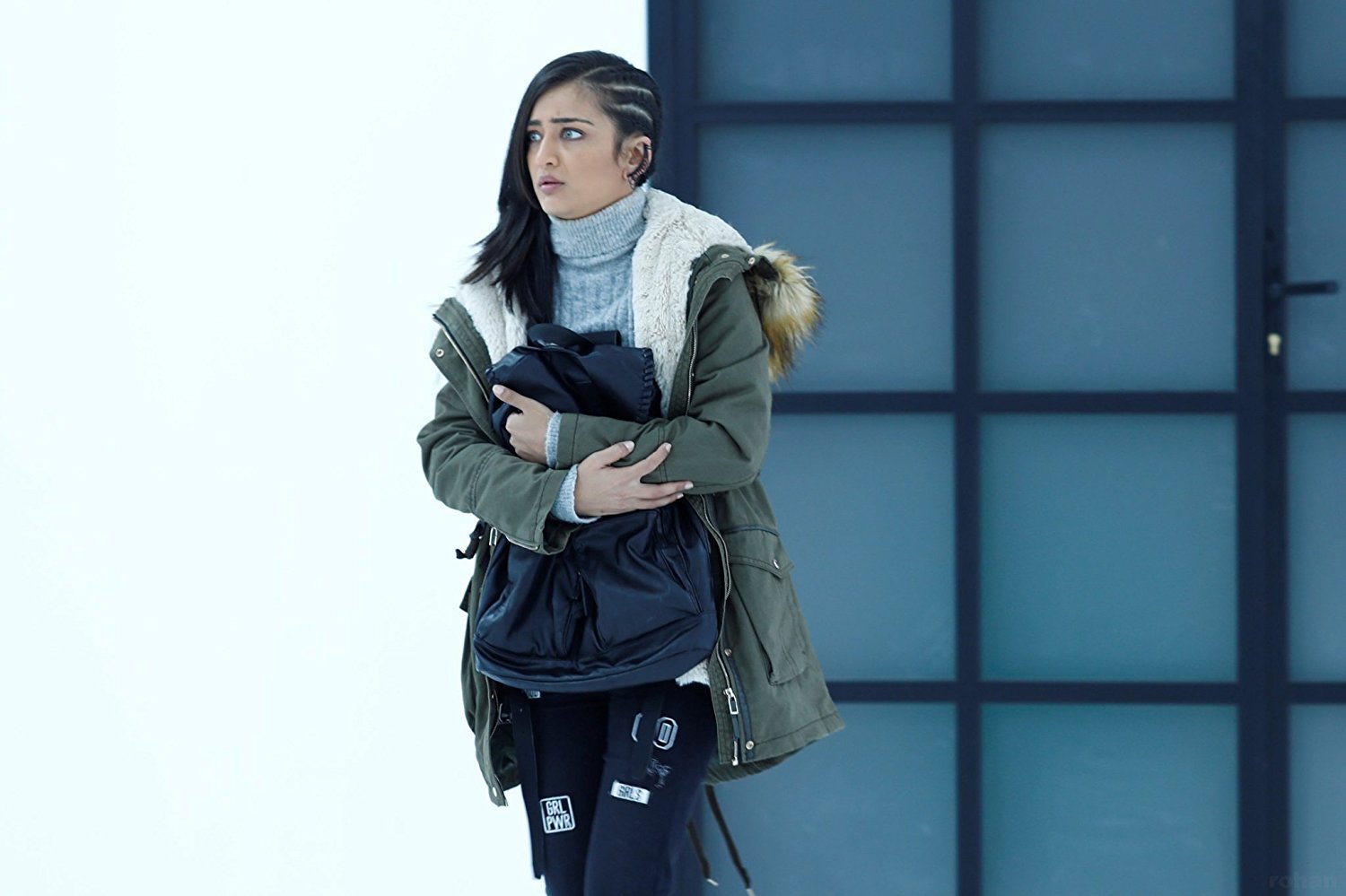 It’s quite funny, though, that at one point in the movie, AK manages to answer her calls, while he is dangling on a tree, after falling off a cliff, and is about to die. Probably a lesson to all married men – you never miss answering your wife’s calls. Even when you are dying!

Vivegam promises lots of hardcore action and that is what the film delivers. Ajith plays the role of AK quite brilliantly. He is “Thala” after all and as they say, “Thala pola varuma?!”, loosely translated to “Can you beat Thala?!”. Ajith provides plenty of mass-hero moments, through shirt-ripping, six-pack showcasing climactic moments, and hundreds of punch dialogues, including the famous “Never, Ever, Give Up”.

Vivegam has brilliant visuals, high-voltage action scenes, excellent music, picturesque landscapes, and very good overall execution. However, the movie also contains lots of adulation, irrelevant emotions and unnecessary dialogues. If you can look past that, Vivegam can be a complete entertainer.