According to the latest figures announced by IDC, Africa’s overall mobile phone market grew 4.6% quarter on quarter (QoQ) in Q4 2020 and the IDC’s Worldwide Quarterly Mobile Phone Tracker reveals that the feature phone shipments to the region grew 7.6% QoQ in Q4 2020, while smartphone shipments increased 0.7% over the same period.

However, when the data is analyzed year on year (YoY), smartphone shipments were down 5.5% on the corresponding quarter of 2019, while feature phone shipments were down 8.0%. Looking at the year as a whole, Africa’s overall mobile phone market declined 10.0% YoY in 2020, due in large part to the negative impact of the COVID-19 pandemic in the first half the year.

QoQ, South Africa led the way in the smartphone space, with shipments increasing 16.3% in Q4 2020. The Nigerian smartphone market grew 12.1% QoQ, while Egypt’s growth was much slower at just 1.8%. “South Africa imposed a total market lockdown in Q1 and Q2 2020, causing a buildup of pent-up demand that led to high growth rates in Q3 and Q4 2020,” says George Mbuthia, a research analyst at IDC. “In Nigeria, Chinese vendors were keen on pushing high volumes of units during Q4 2020 when the dollar rate was stable. Egypt, on the other hand, experienced a slow growth rate due to high sell-in in Q3.”

Transsion brands (Tecno, Itel, and Infinix) led the African smartphone market in Q4 2020 with a combined unit share of 48.2%. Samsung and Oppo placed second and third with respective unit shares of 16.1% and 6.4%. The average selling price (ASP) of smartphones grew 5.6% QoQ due to the launch of new models by various vendors in the midrange and high-end price bands. Shipments of devices from the lowest price band ($0<$80) declined 14.5% QoQ in Q4 2020, while the $200<$300 band saw the highest growth, with shipments of these devices increasing 43.7%.

4G devices accounted for 83.9% of the smartphones shipped in the African market during Q4 2020; 3G devices garnered 15.4% share, with 5G devices accounting for the remaining 0.7%. “The infrastructure investment required on the telco side to drive 5G adoption is understandably lacking at the moment, since the primary desire of telcos is to utilize their existing 4G capacity,” says Mbuthia. “On the device side, most vendors are now starting to launch their 5G models in the market, and the cost of 5G devices is expected to decline significantly over the medium term, leading to much faster growth for 5G handsets.”

Looking ahead, IDC expects smartphone shipments into Africa to grow 2.9% YoY in 2021. “The first half of the year is likely to be slower as vendors face component shortages,” says Ramazan Yavuz, a senior research manager at IDC. “However, a recovery is expected to start from the second half of 2021. With the expansion of vaccination programs and a subsequent slowdown in the spread of the COVID-19, markets across the region are expected to return to normal in H2 2021, with retail channels performing better and purchasing power starting to improve.” 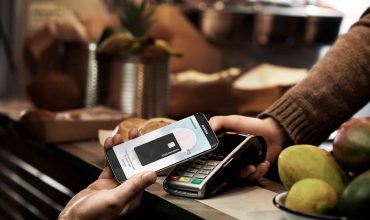 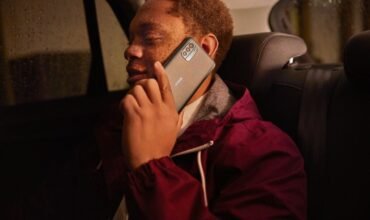