For the first time ever in the UAE, the BSV Global Blockchain Convention opened its door today and will stay till the 26th of May 2022 at the Grand Hyatt, Dubai. The convention is pleased to announce that top blockchain, digital asset and tech experts from around the world will be joining panels, speaking, and moderating events throughout the inaugural three-day event in Dubai.

BSV is the only blockchain with the technical capabilities to serve as a global distributed data ledger in a secure, scalable, and efficient manner for consumers, enterprises, and governments. The BSV ecosystem focuses on developing real utility on blockchain, to increase efficiency and honesty in ways that build a better world, and to do so with legal and regulatory compliance in mind.

Jimmy Nguyen, Founding President BSV Blockchain Association said “We are thrilled that the Global Blockchain Convention will be welcoming so many blockchain, technology, media and business leaders to the stage and are looking forward to dynamic and insightful discussions across the three days.”

Over the past two years, the BSV Blockchain has been growing its presence in the Middle East region as well as building relationships with government entities to advance education and adoption of its blockchain regionally and globally. This is the first time the BSV blockchain ecosystem’s flagship event has been held in the region, in this format.

“The BSV Global Blockchain Convention grew out of the CoinGeek Conference series that made its debut in Hong Kong in 2018, with six more events held in Europe, Asia and North America over the next few years. The Convention, like the Conference, is produced by Calvin Ayre, the Canadian-Antiguan technology entrepreneur.” said Patrick Prinz, CEO of BSV Blockchain Association.

He added, “The UAE is one of the most forward thinking places for blockchain technology – it is the place to be and the centre for a new world of doing business. Everyone here is open to the opportunity and recognize the need to go forward with blockchain and web3 – It is the future for the economy. Dubai was the obvious location for us to host our very first Global Blockchain Convention in a region which wants to be the first to go forward in the new technological world.”

The BSV Global Blockchain Convention is attracting more than one hundred twenty speakers from around the world, with high-profile thought leaders from across the blockchain and digital asset industry, and representatives of many diverse industry sectors using BSV. The Event will be an opportunity to gain experience about new blockchain innovations in the public sector, esports and online games, Metaverse, NFTs, Web3, fintech Islamic Finance, Internet of Things, smart cities, supply chain, entertainment & media, music, the arts, sports, cybersecurity, computation, blockchain mining, and environmental, social & governance (ESG) compliance.

“The convention is like Woodstock, that’s how influential this technology is going to be and it’s going to change so many things. I hope the convention educates the big consulting companies so that they understand what this technology can do so they in fact become evangelists for us when they are brought in to solve technical problems”. said Calvin Ayre, Executive Producer of BSV Global Blockchain Convention and Founder of Ayre Ventures.

BSV is an enterprise-grade blockchain that can grow unbounded and can manage large amounts of data, all stored at a low cost, and high volumes of micropayments sent at very low cost (1/20 to 1/100 of a U.S. cent and expected to be lower in the future). Unlike legacy social platforms like Facebook and Instagram, BSV applications can re-invent the Internet by allowing users to store on-chain, control and monetize their own content and data. BSV is also the greenest proof of work blockchain on the planet as confirmed by CoinCarbonCap and Canadian audit firm MNP in their 2021 report on the subject.

The three day Global Blockchain Convention in Dubai is expected to attract around 2000 people from 100 countries, with a wide range of speakers and panelists. The convention offers an opportunity to interact with the most influential senior decision-makers, developers, and investors in the blockchain space. 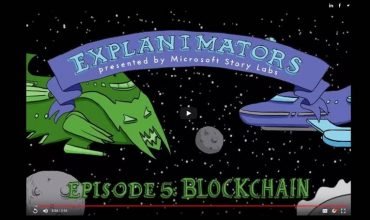 Dubai gets its metaverse lounge restaurant with the launch of MetaTerrace 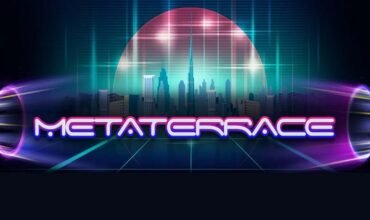