Now with most telecom providers around the world provide amazing 4G package deals, it makes sense to have a portable router that can slot in a Micro SIM card. We get to review the affordable TP-Link TL-MR100 4G router that features SIM card connectivity and offers decent performance for the price. Unlike premium routers that come with large and stylish designs, budget routers usually come with a modest design. And since the TP-Link TL-MR100 is a budget router, the size of the device is also quite small. The router comes with dimensions of 154×114×36 mm ( W x D x H ). The portable size of the device makes it easy to carry the router, especially if you are traveling anywhere abroad. While there are portable hotspot routers around, you could end up worrying about the battery life and this is where a dedicated router is useful. On the front of the router is the mesh design that does give a bit of a premium look. However, the entire device is in black, which is usually the standard color as other budget routers. On the top side is the TP-Link logo. And on the bottom edge, there are the LED indicators for power, active internet connectivity, and WiFi, along with three different bars to indicate the signal strength for the SIM coverage. On the rear side of the device are gold-plated connections for two detachable external 4G LTE antennas, along with the power connector LAN1, LAN2/WAN ports, WPS/RESET button, and the MicroSIM card slot. There are a couple of things to mention about the quality and build of the device. The connections for the LTE antennas tend to get a bit loose at times so we had to tighten the bolt that holds the connection intact. We also noticed that the SIM tray for the Micro SIM card is not strong and can be easily bent. It’s easy to eject the SIM tray but you will need to carefully place the SIM card on the tray (align it with the shape of the tray) and insert it back. We had one copy of the router and during swapping SIM cards, the pins inside the SIM reader collided with the tray and broke. We had to get the router entirely replaced. This isn’t the case when we swap SIM cards with smartphones as the quality of the SIM trays is good. That said, the detachable 4G LTE antennas can be easily connected without any hassles and can be mounted in any direction. The package of the TP-Link TL-MR100 includes the router itself, the power adapter, the RJ45 Ethernet cable, and a quick installation guide. The TP-Link TL-MR100 isn’t any slouch when it comes to wireless performance. One of the advantages of this router is that it lets users have high-speed internet connectivity either through 4G networks or through LAN ports. This flexibility lets users choose depending on where they take the router, regardless if you are on a business meeting, in any remote area, or at your vacation home. Setting up the router for the first time through its menu is very simple. When you boot up the router with a SIM card, the router automatically checks for network coverage and shares the 4G internet via the WiFi. The process is just a case of plug-and-play, and in most cases, the router is able to set up the connection automatically, just as you would do with a smartphone. However, some SIM operators do require you to modify the APN, which can be easily managed on the settings. TP-Link mentions that the router accepts SIM cards from over 100 countries. I had recently gone to my hometown in India for vacation and the SIM cards do work on the router. I had also tested the router with an Etisalat SIM and it worked perfectly.

The TL-MR100 is also capable of connecting up to 32 devices at a time. However, during our usage, we experienced several WiFi disconnections on our smartphones and laptops while using the internet from the router. It doesn’t actually happen always but we did notice that if one of the connected devices is downloading data or streaming any video, and if the SIM connectivity is a bit weak, then the disconnection does occur. The WiFi connection just disconnects and connects back randomly. While we were doing our online editorial jobs, the WiFi connection simply drops on the moment we save our work and we ended up losing the work.

That said, we were able to stream Netflix movies from the router to a 4K television and the streaming session was smooth most of the time. TP-Link mentions that the device has a Power Amplifier and Low Noise Amplifiers that help to boost the sending and receiving data, along with wide coverage throughout your home. While the WiFi coverage was decent, it did not exactly cover the entire house. But that depends on the kind of building you are staying in and the number of walls that are around. That said, you will need to keep the router on a spot where the operator has full range (atleast two bars) if you want a smooth internet connection.

People going on vacation to most other countries for a few weeks or months would mostly use the internet from their SIM cards, and the TP-Link TL-MR100 is the perfect choice for those who want to have a device that can be simply plugged in with their SIM card and not to worry about anything else. The portable form-factor of the router makes it easy to carry on your luggage or even a handbag. The 4G performance of the router can reach speeds up to 150 Mbps while using an Ethernet connection can push the speeds up to 300 Mbps. Apart from some random disconnections, the router does give decent WiFi coverage and streaming performance is good while watching videos. It also depends on the availability and strength of the network operator for optimum 4G speeds. The router is also very affordable to buy and can also be used for those who are also looking for a budget router. So it’s not just meant for vacation-goers or remote working environments. The router also has support for SIM cards from over 100 different countries and the menu system also lets you modify APN settings and receive SMS from the SIM card. 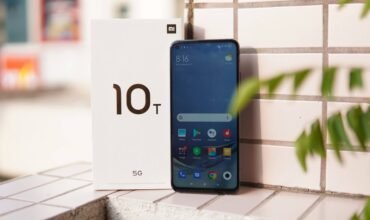 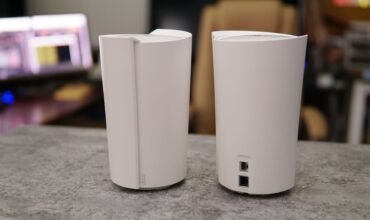 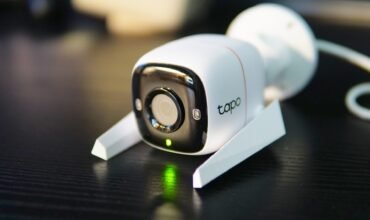