Sony Middle East & Africa has announced that viewers in the region can now enjoy a much more immersive and realistic experience thanks to the ground-breaking cognitive intelligence of its award-winning high-end BRAVIA XR televisions. The new BRAVIA XR TV, powered by the Cognitive Processor XR, caters to the growing demand from at-home audiences for 4K and HD content, and images that faithfully convey the creators’ intent.

Shintaro Hayatani, Head of Marketing, Sony Middle East & Africa, said: “We are proud to bring the Cognitive Processor XR, the brain of the BRAVIA TV and a world first, to the region. In recent times, as we spend more time at home, we relying on the television to keep us entertained with high-quality, well-produced content. Responding to the demand from our customers, Sony has innovated yet again with the game-changing Cognitive Processor XR. It can intelligently detect and analyse each object in the picture resulting in exceptional detail and contrast for a more realistic picture that represents the directors’ intent. It makes for a revolutionary TV viewing experience.”

Powered by the Cognitive Processor XR, the brain of the new BRAVIA XR, the TVs use a completely new processing method that goes beyond conventional AI, designed to replicate the ways humans see and hear. When we see objects, we unconsciously focus on certain points. Cognitive Processor XR, powered by cognitive intelligence, knows where that focal point is by dividing the screen into numerous zones and detecting where the “focal point” is in the picture. While conventional Artificial Intelligence (AI) can only detect and analyse picture elements like colour, contrast and detail individually, the new processor can cross-analyse an array of elements at once, just as our brains do. By doing so, each element is adjusted to its best final outcome, in conjunction with each other, so everything is synchronised and lifelike – something that conventional AI cannot achieve. Cognitive Processor XR can also analyse the sound position in the signal so the sound matches precisely with what’s on the screen. In addition, it upconverts any sound to 3D surround sound, to deliver supreme realism with an immersive soundscape. It learns, analyses and understands unprecedented amounts of data and intelligently optimises every pixel, frame and scene for the most lifelike picture and sound Sony has ever delivered.

The BRAVIA XR models come with Google TV, offering a brand-new entertainment experience that brings together movies, shows, live TV and more from apps and subscriptions[i] designed to create the most immersive visual media experience possible. It offers the Netflix Calibrated Mode specially developed to enjoy Netflix originals and reproduce the same picture quality on a TV as on a studio evaluation master.

All BRAVIA XR TVs feature HDMI 2.1 and e-ARC compatibility, including 4K 120fps. The BRAVIA XR TV also learns, analyses, and understands unprecedented amounts of data and intelligently optimises every pixel, frame and scene for the most lifelike picture and sound Sony has ever delivered. 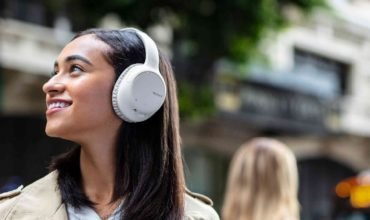 Here are the products Sony showcased at CES 2022 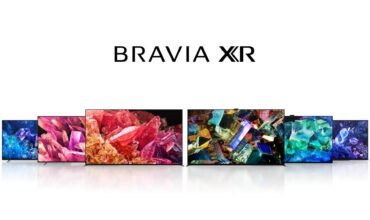