While newer smartphones and professional cameras get upgraded with larger image sensors and more megapixels, the file size of each and every image or video captured gets bigger. Photographers, videographers, bloggers, and content creators often look for a solution where they want to quickly transfer their data from their devices to their PC or laptops and that’s where the Kingston Workflow Station fits easily. 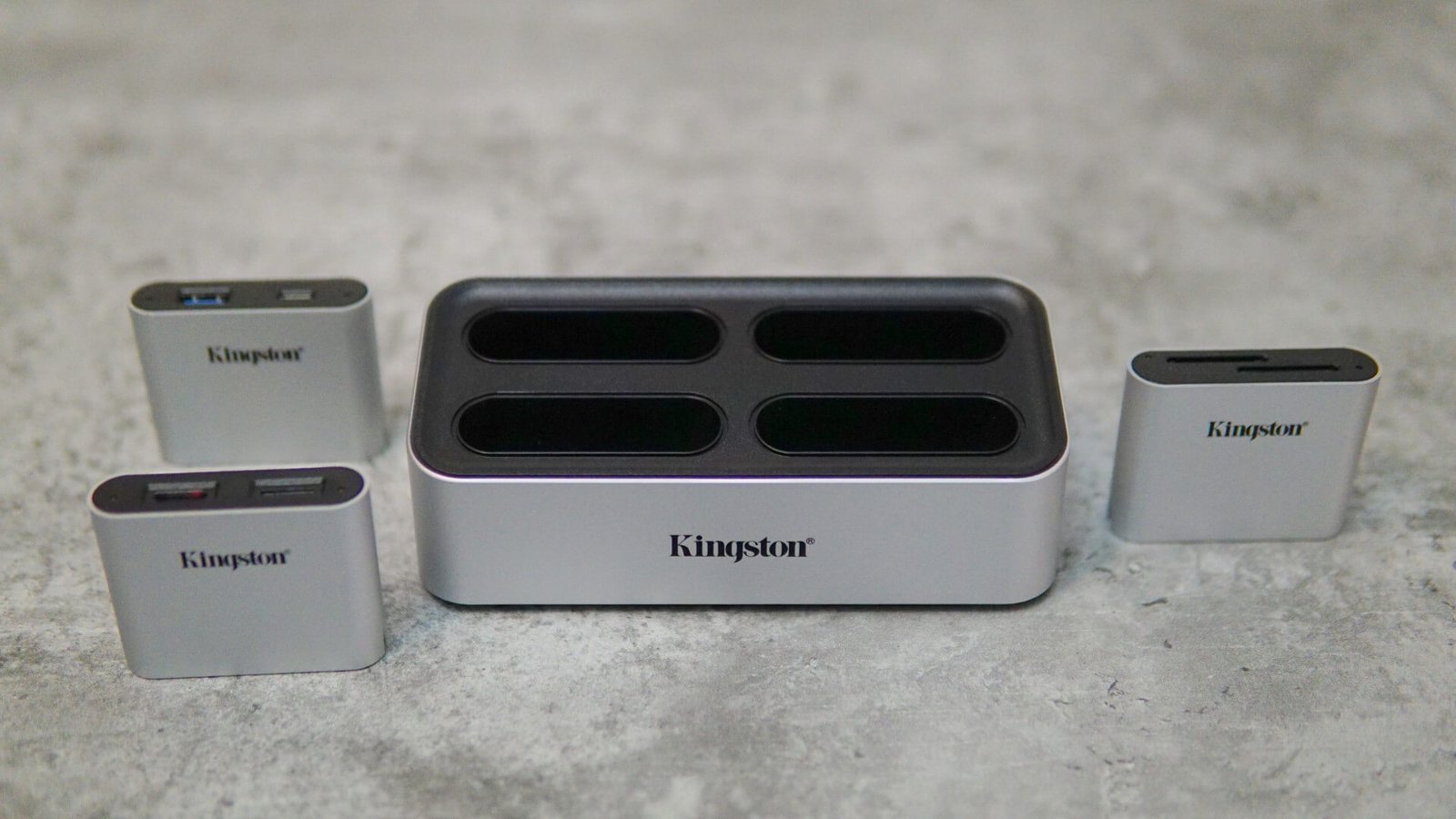 Having the means to transfer data at high speed is something that almost all photographers, bloggers, or content creators have on their checklist. While casual users can sit, wait and watch a movie while transferring thousands of images from an SD card at low speeds, professionals cannot afford to lose time that affects their business. The Kingston Workflow Station and Readers system is designed to be an all-in-one device that allows users to connect their smartphones, USB drives, SD cards, and MicroSD cards to transfer their content quickly. The main dock is simply a small platform that doesn’t take much of your desk space and still can house up to four readers meant for the Workflow Station. The dimensions of the main dock are 160.27 x 70.27 x 55.77 mm. The dock features four spaces with USB-C (male) connectivity. While it does look tempting to place your smartphones there for charging, the space only fits for the Kingston Workflow readers.

The main dock is silver in color so it does suit those who have silver-colored monitors. The dock is connected to the PC with the help of a USB-C 3.2 Gen 2 (female) connection. Kingston has included a long USB-C to USB-C cable to connect to your system, but you will need to make sure that your PC or laptop does have the latest USB-C 3.2 Gen 2 port for the best transfer speeds. 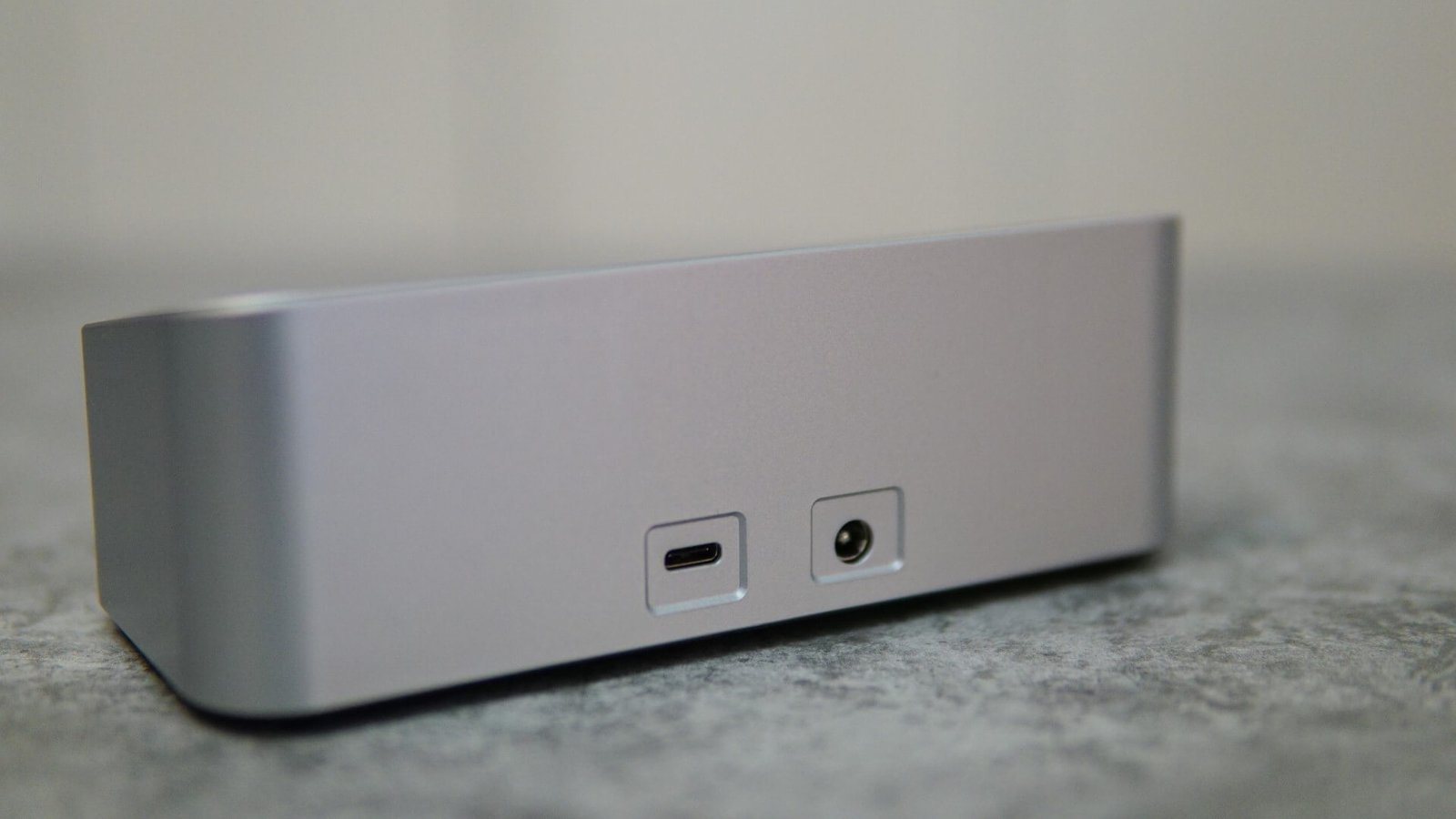 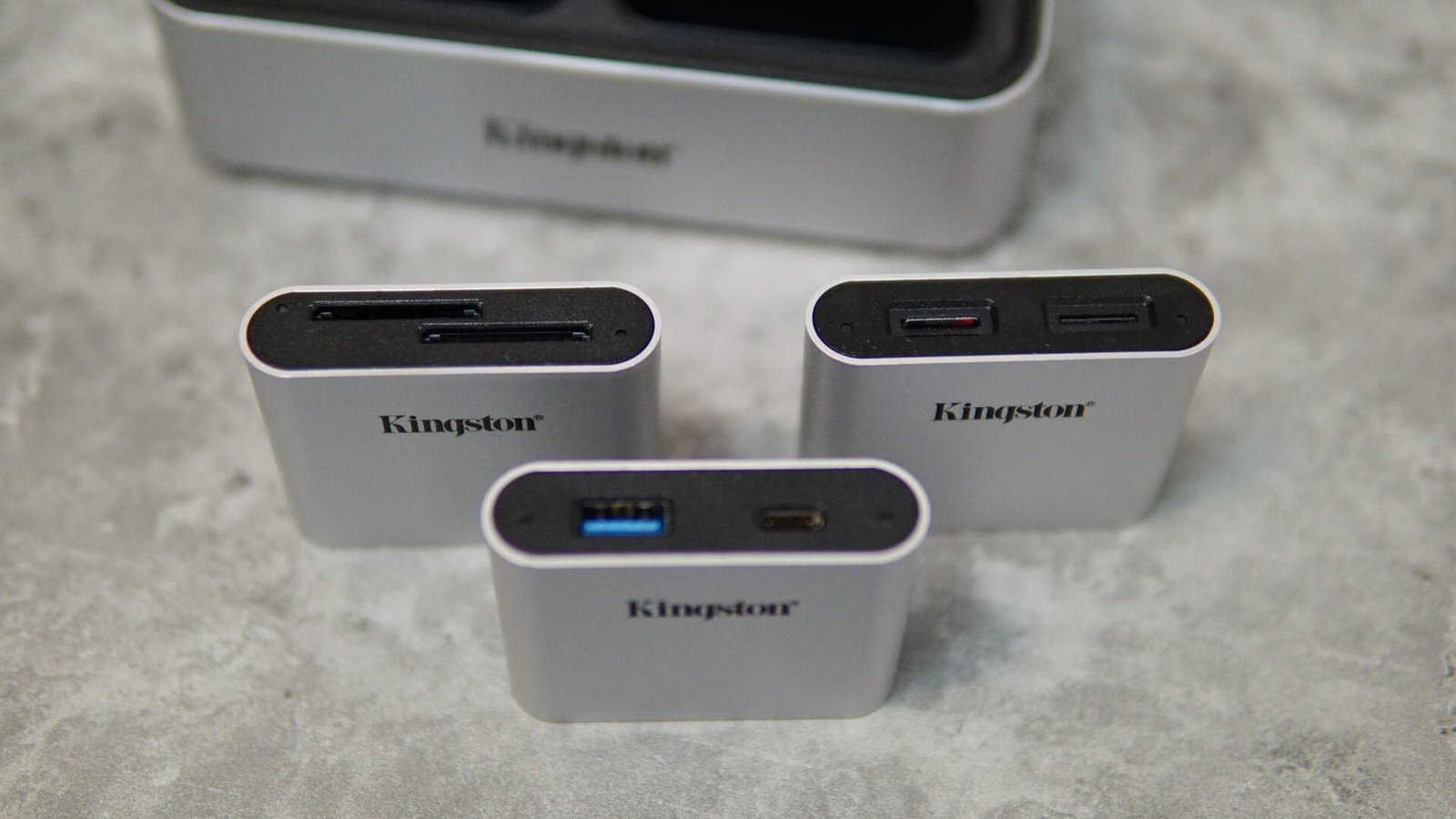 That said, the Kingston readers for the dock can also be used as a portable reader for those who want to edit their work on the go. The readers feature a dimension of 62.87×16.87x50mm. Kingston has three different Workflow readers, one of which is called the USB Mini Hub with its own USB-C port and a USB-A port. The second is called the Workflow SD Reader with dual high-speed SD card slots, and the third one is called the Workflow MicroSD card reader with dual MicroSD card slots. 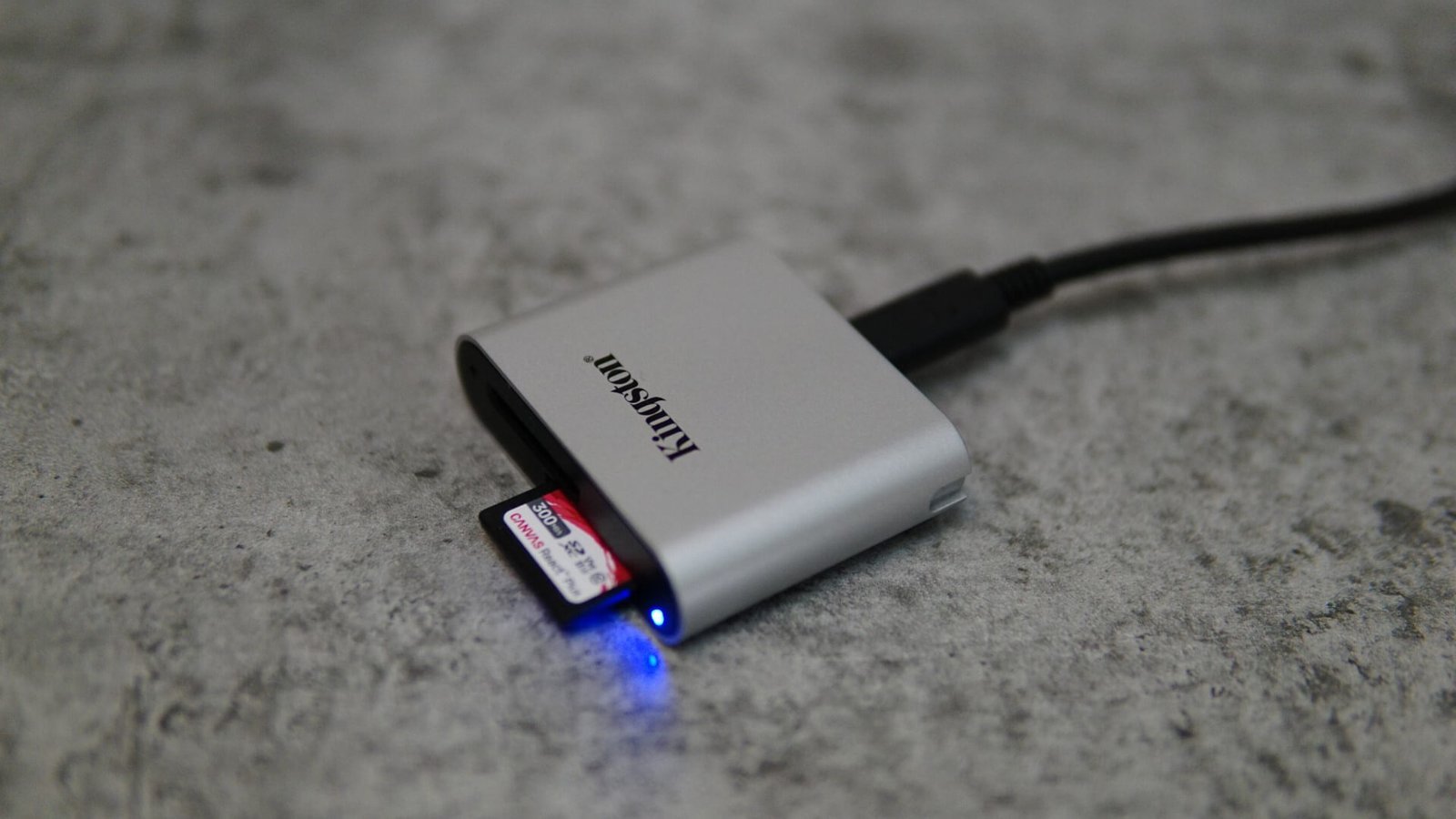 Each of these readers can be connected to your PC or laptop independently without the need for a separate power supply. And you will still get similar performance as you would with the dock. The readers have the same silver color as the dock. As a passionate photographer, I do some street or nature photography (or the product photos taken for reviews) and I always end up using my USB SD card readers to transfer my data to the PC.

In reality, it just takes a few seconds to connect the SD card to any reader, and then the reader to the USB port. But after using the Kingston Workflow Station, I did notice how easy it is to use the device. I only had to insert the SD card atop the reader and that is it. There was no need to waste time connecting the device because the dock is already connected to the PC. And I don’t feel like going back to the old ways of connecting a USB SD card reader to the port. Having two slots is a good idea because many photographers do use more than two cameras at a time so you can copy data from two SD cards. The same goes for MicroSD cards if you’re dealing with content from smartphones and drones.

Am not sure if this is a missed opportunity but it would have been cool if we could insert a smartphone inside one of the slots of the deck so you can charge your devices via the USB-C connection. But the truth is that every smartphone will have different dimensions and the slots on the deck only fit the Workflow Readers and the USB Mini Hub. Perhaps if Kingston made the slots a bit wider for the next version, then it’s possible to insert your smartphones. 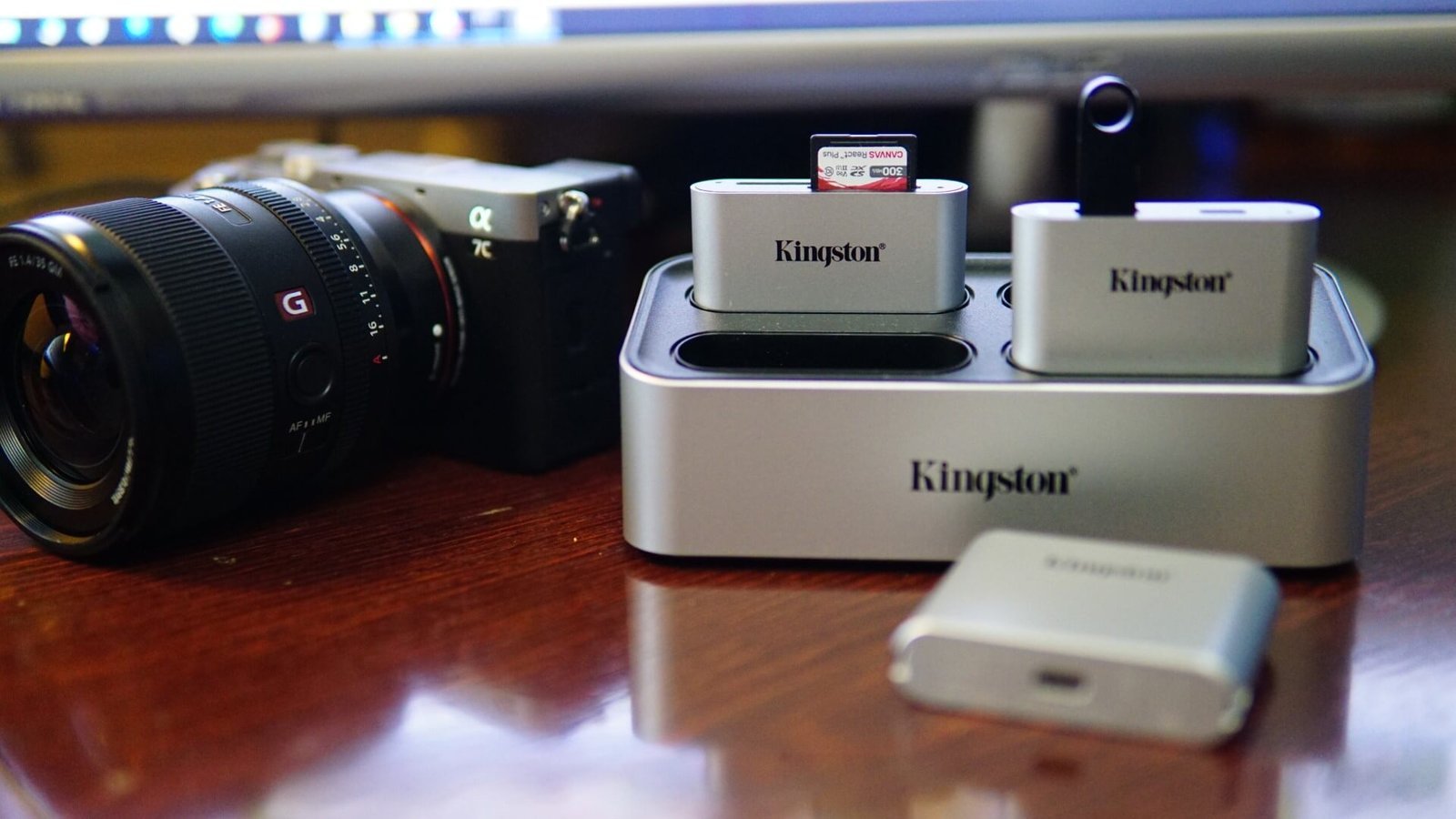 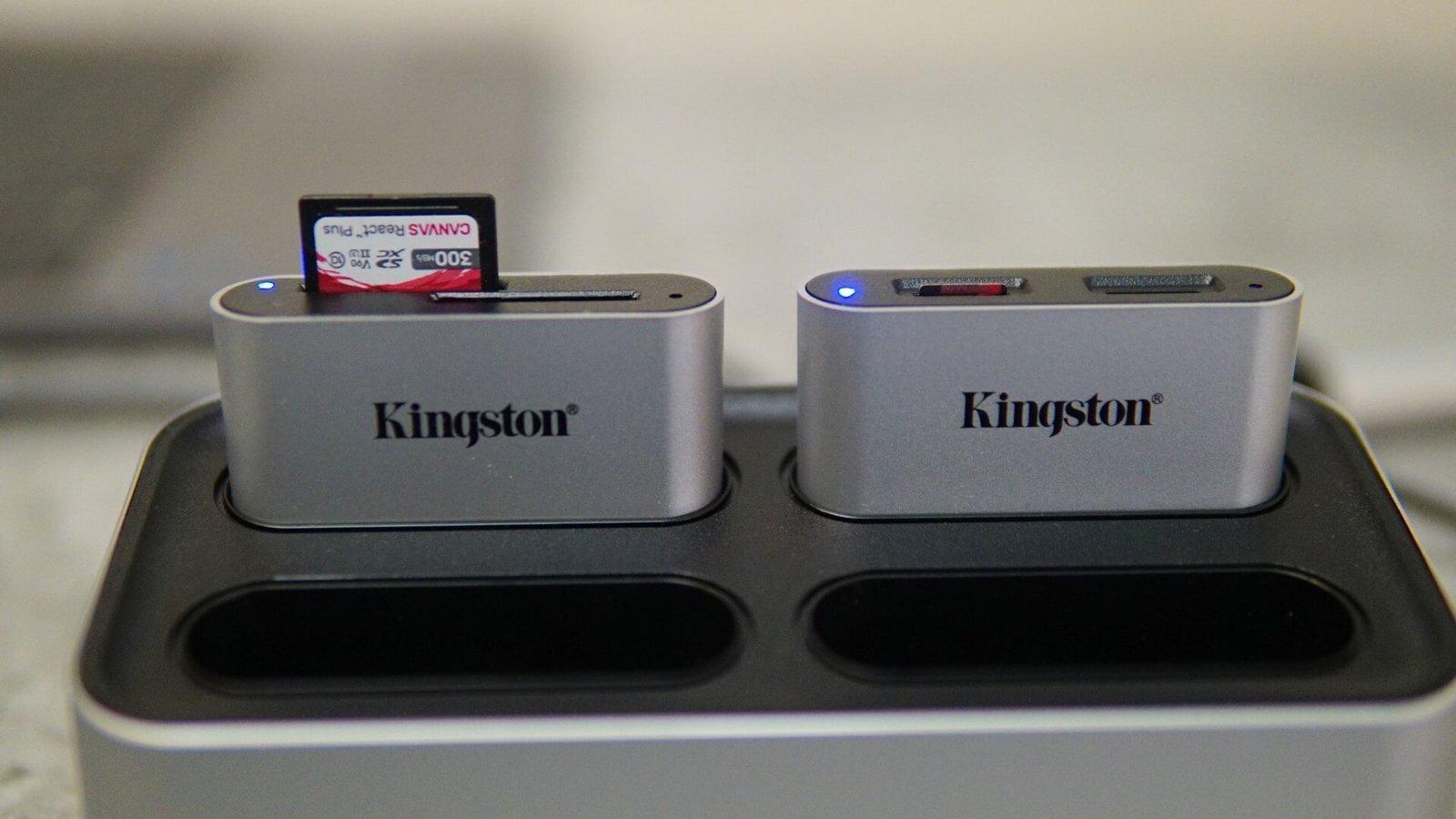 We tested the device on our testbed that featured a USB 3.2 Type-C port, another PC with a USB 3.1 Type-A port (had to use a USB Type-C to Type-A cable, and a new Acer Spin 6 laptop that also features a high-speed USB-C port. The reason for using different platforms is to see how the Kingston Workflow Station performs in different situations. We first ran CrystalDiskMark tests on the Workflow Station and also with the Workflow Reader separately to see the performance differences. We then ran file transfer tests by copying a 28GB folder containing over 3852 JPEG images that were shot from a Sony Alpha A7C full-frame camera. The file transfer tests were done on the Acer Spin 6 laptop and also on the home PC. 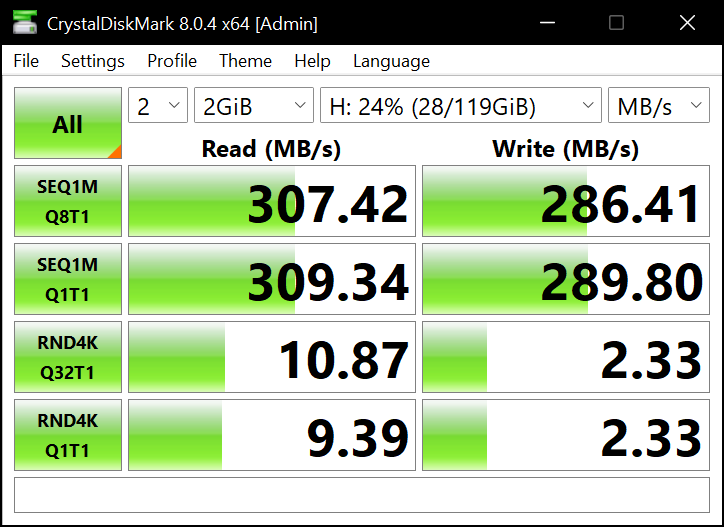 CrystalDiskmark SD card benchmark with only the Workflow SD Reader 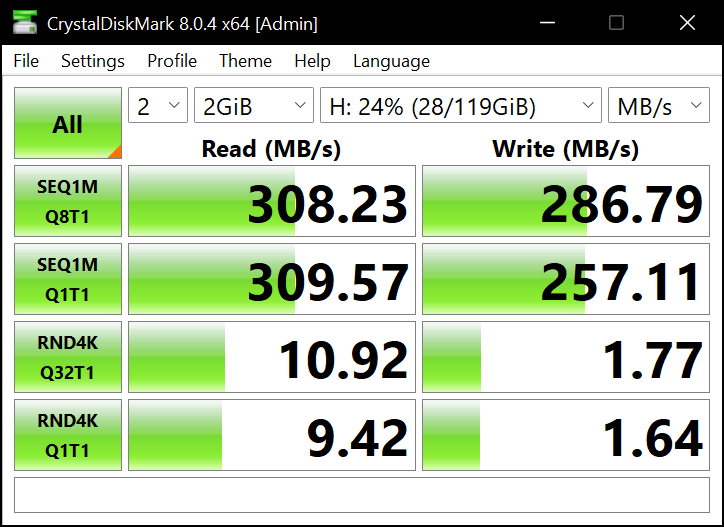 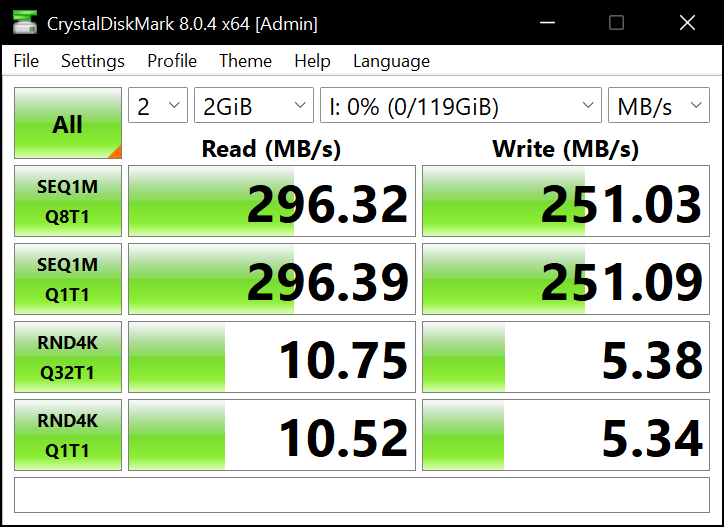 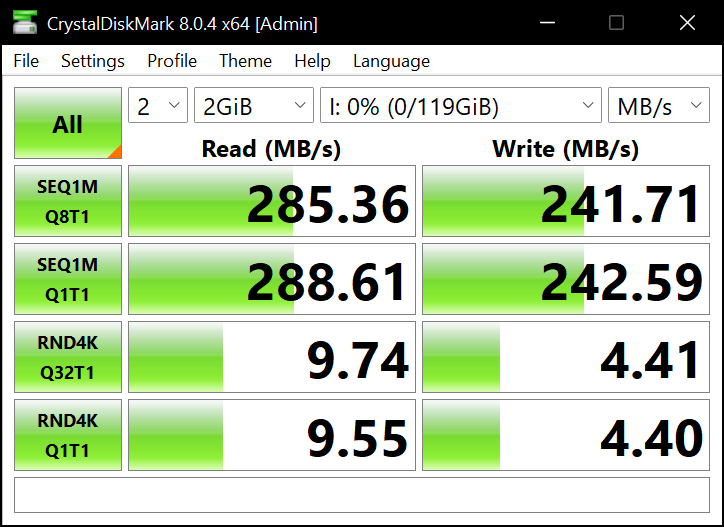 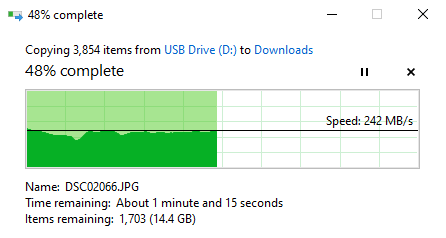 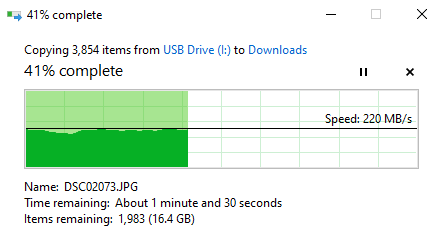 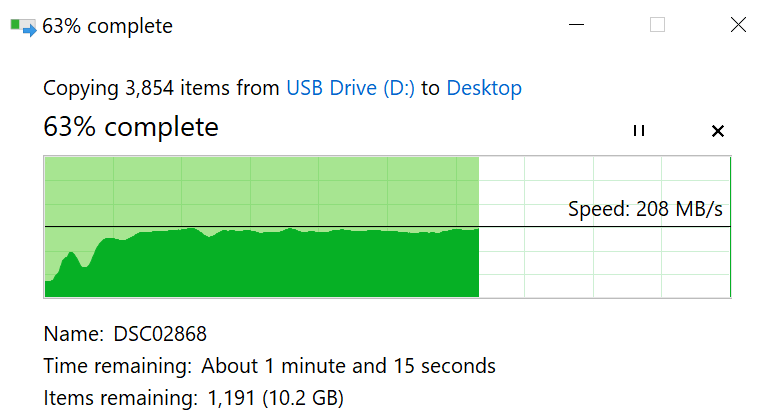 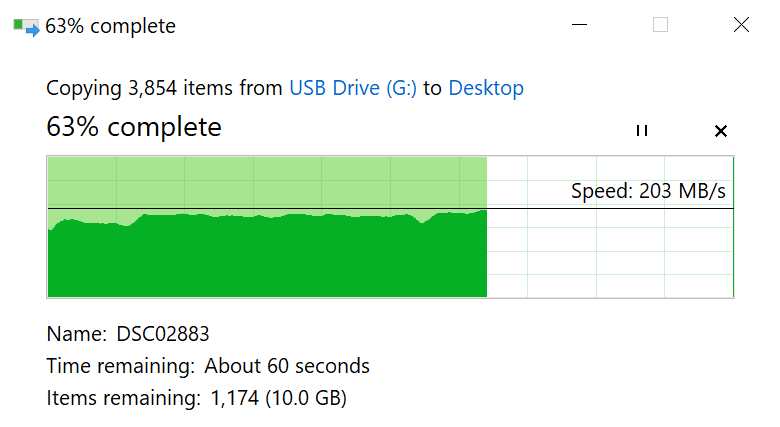 The screenshots that you see above for each scenario were taken when the peak copy speeds had reached. Looking at the first scenario, copying the 28GB folder from the Workflow Station dock to the PC via the USB 3.1 Type-A port took about 2 minutes and 4 seconds with peak copy speeds of 242MB/s. And when repeating the same scenario with the dock and the MicroSD card reader, we got peak speeds up to 220MB/s, and the transfer was completed in 2 minutes and 17 seconds. These are impressive numbers indeed, and we are sure that repeating this same test on our testbed that features a USB 3.2 Type-C port would have yielded slightly better results.

We did the same 28GB folder copy test on the Acer Spin 6 and got a peak copy speed of 208MB/s when transferring from the dock and the SD card reader to the laptop. And copying files from the dock and MicroSD card combo reached speeds up to 203MB/s. While these are lower speeds as compared to the earlier results, the peak speeds are still impressive enough. It should be noted that this laptop has a PCIe 4.0 SSD inside. These transfer speeds can vary from different laptops.

We are very impressed with how the Workflow Station enhances the productivity of professionals. And as the name implies, the device is intended to speed up the workflow working professionals. The device is simple to set up and you can just leave the dock always connected. With the Workflow readers, you will be able to insert the SD/MicroSD cards and copy the file right away. 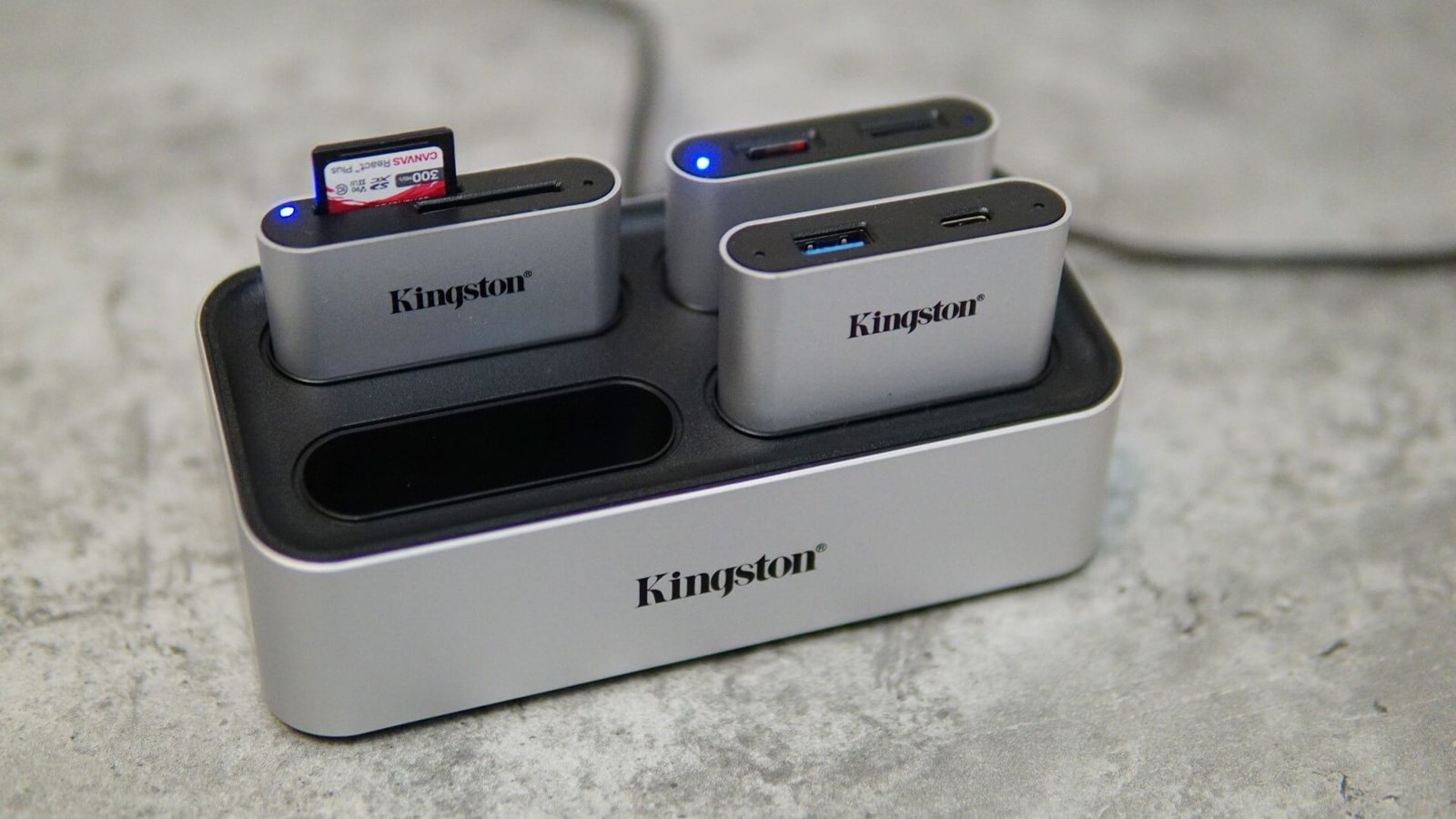 The Workflow Station and the readers are capable of handling high-speed memory cards with the USB Type-C interface, as long as you are connected to an equivalent port on your PC. With the Mini Hub, you will also be able to connect to USB flash disks, external drives, smartphones, and more. Users will also be able to use the Workflow readers on the go and also benefit from high-speed transfers.

If you want to receive our latest news send directly to your email, please leave your email address bellow. Subscription is free and you can cancel anytime.
Subscribe Us
9.4 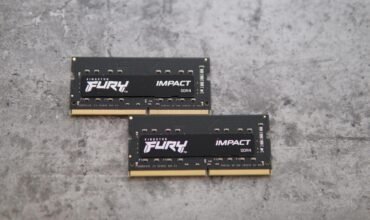 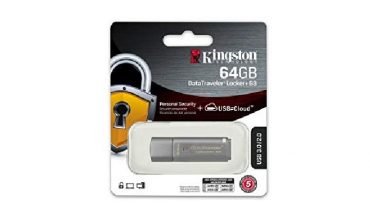 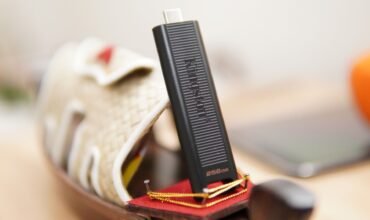