Wonder Woman has made its way to the screens with a lot of pressure, expectations and excitement, what with it being the first female-superhero-solo movie directed by a woman (Patty Jenkins) for the first time. This movie provides the much needed hit for the DC Extended Universe that produced some not-so-good superhero movies recently. The movie opens with a flashback taking the Wonder Woman (Gal Gadot/Diana Prince) back from her desk at Louvre to childhood memories in the ever so hidden island, Themyscira. 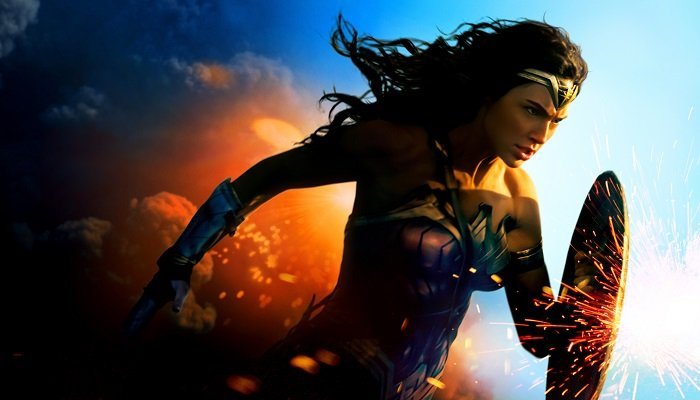 Jenkins has portrayed the superhero character in a manner that is easy to care about, sympathise with and believable while allowing you to be completely in awe with Wonder Woman’s persona and beliefs. Gadot looks majestic in the movie and Chris Pine (Steve Trevor) is absolutely charismatic, giving the duo an amazing on-screen chemistry. Pine goes on to be not only her guide into the modern world but her romantic interest too. 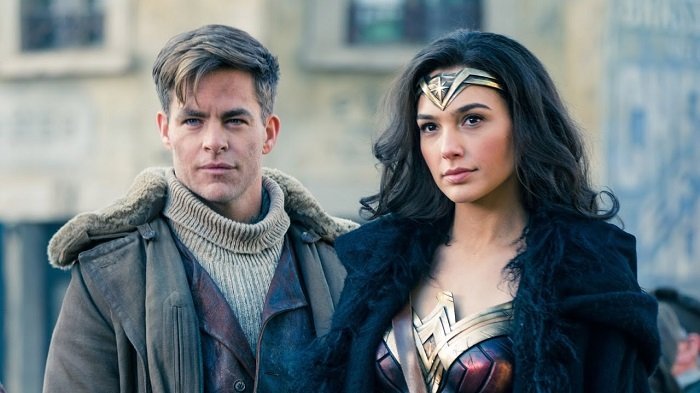 The movie takes its time with the origin story that stretches a bit to my liking. Don’t get me wrong, it does provide a beautiful intro into the life of Diana and why she leaves her safe haven to enter a world consumed by war, doing absolute justice to the legendary character, but after a while I found myself looking for the much awaited ‘Wonder Woman’ to appear on screen. By the way, she is never called that (Wonder Woman) once in the entire 141 minutes.

The movie begins with a flashback into the Wonder Woman’s childhood giving a beautiful view of the hidden island of the Amazons, with its athletic female warriors living a secluded life, oblivious to the First World War raging beyond their invisibility cloak. Diana’s mother Queen Hippolyta (Connie Nielson) is hell bent on discouraging her daughter from being a warrior and explains how they have been protected against Ares (the god of war) by their creator, Zeus. Diana’s character is established in this part of the movie where she is shown to be headstrong. She goes on against the wishes of the queen to train with General Antiope (Robin Wright) and become a strong fighter, proficient in combat. In the side-lines of her battle skills, the movie gives you glimpse of Diana’s supernatural abilities to which she is completely oblivious and that appear on mere chance. 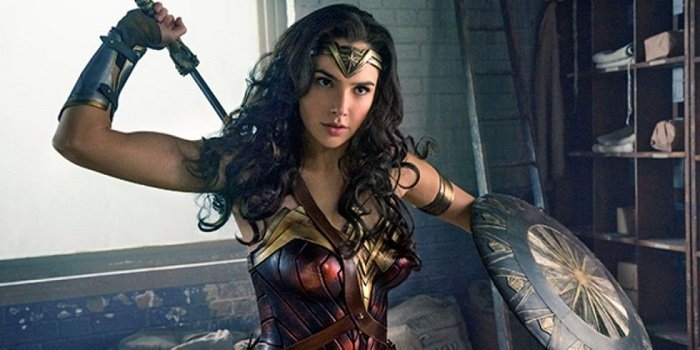 The backstory finally takes a turn towards its first fight scene with thrilling stunts as an American spy Steve Trevor crash-lands near the island and brings German troops in pursuit. The Amazons, though well trained and graceful, are no match for the guns brought in from the real world and the scene ends in victory for the Amazonians at the expense of many losing their lives. Slow motion shots have been used to full effect throughout the movie, allowing you to really appreciate the acrobatic fighting style of the Amazons. 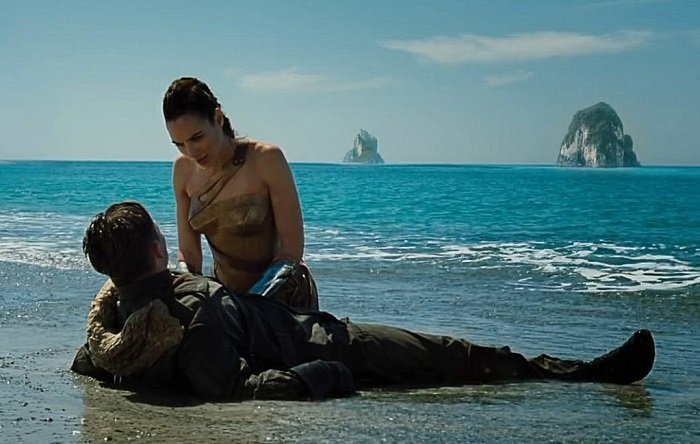 Post-Themyscira, Wonder Woman struggles to cope with a male-dominated, war-faced London that is completely alien to her. She treads ahead with the belief that with Ares’ demise all mankind will be saved. To her it’s straightforward – if she kills him, there will be no more war and people will be saved. The story then moves from the WW1-era London into a WW1 impasse, a ‘no man’s land’ in German territory and finally to the battle against the evil Greek god.

The last fight scene between Diana and Ares is more of a supercharged spectacle with fireworks than the ballerina style perfection of the Amazonian fights witnessed at the beginning of the movie. We would have preferred to see a few more Amazonian fights that were absolutely majestic and greatly overshadowed the final battle sequence.

This movie is a great accomplishment for Jenkins and Diana has been well portrayed as a character that is both serious and earnest while radiating empathy and determination. Diana’s journey of self-discovery is both plausible and believable making the movie one of the best DC Extended Universe movies so far. Overall, the movie has an interesting story line, with well-directed action sequels and well placed humour. On the downside, the romantic subplot does not get enough screen time to seem plausible and leaves more to be desired.