ASUS has finally unveiled the third iteration of its highly anticipated gaming smartphone called the ASUS ROG Phone 3, packing the fastest smartphone chipsets under its hood and different accessories to enhance the mobile gaming experience.

The ROG Phone 3 seems like a device that brings specifications usually seen on a PC. The device packs the latest Qualcomm Snapdragon 865+ 5G that is based on the 7nm process. The new octa-core processor is clocked at a whopping 3.1 GHz speeds. The chipset also features then Qualcomm Adreno 650 GPU. There is the X-mode that optimizes system performance for gaming and also lets you customize a lot of parameters of the device.

There is 16GB of LPDDR5 RAM, which means multitasking is a breeze on this device and high-end gaming has no compromises on this smartphone. The device also packs a blazing-fast 512GB storage based on UFS 3.1 memory. The smartphone runs on Android 10 mixed with ROG’s own user interface. The ROG Phone 3 features a 6.59-inch AMOLED 10-bit HDR display with 2340 x 1080 as the native resolution and blazing fast 144Hz refresh rates. You will be able to change the refresh rate to 120Hz or 90Hz.  The screen produces 650 nits of outdoor brightness and up to 1000 nits peak brightness. The screen is also HDR10 and HDR10+ certified.

The smartphone packs a triple-lens configuration on its rear side, where the main shooter features the Sony IMX686, a 64MP 1/1.7 large image sensor with 0.8um pixel size. The camera features a lens with F1.8 as its aperture and 26.6mm of focal length as per 35mm camera standards. The second camera features a 13MP sensor with 125-degree FOV and the third camera comes with a 5MP macro shooter. The front camera comes with a 24MP selfie sensor with a 27mm focal length. The main camera is capable of 8K video recording at 30fps and 4K video recording at 30/60fps. 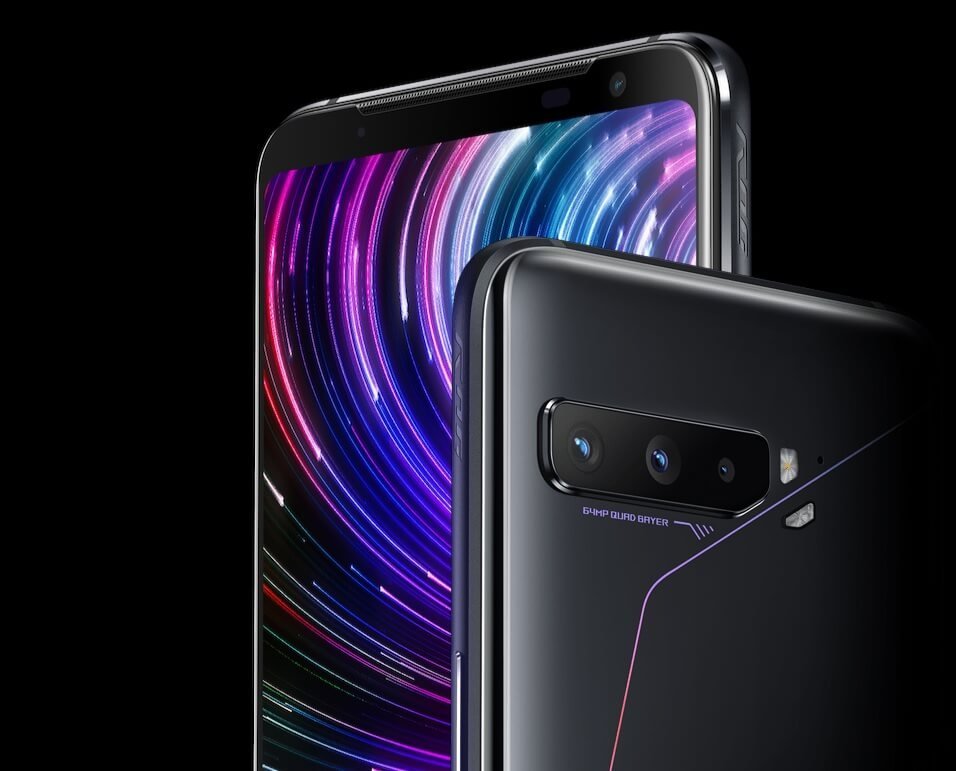 There are dual-front facing speakers with Dirac HD sound. For better mobile gaming experience, the ROG Phone 3 comes with the third version of the AirTrigger 3 system that gives a console-like experience to play the game, using accelerometer-powered motion sensors and ultrasonic touch sensors. The ROG Phone 3 packs a large 6000 mAh battery that also supports Quick Charge 4.0 and PD charging. ASUS also has a lower version of the device called the ASUS ROG Phone 3 Strix Edition that basically comes with a lower clocked Snapdragon 865 (non-plus), which runs at 2.84 GHz speeds and comes with 8GB LPDDR5 RAM and 256GB UFS 3.1 storage. Both the ROG Phone 3 and its Strix version weighs 240 grams and is 9.85mm thick. The rest of the specifications are the same between both the smartphones.

As for the accessories, there is the AeroActive Cooler 3 that comes included in the package. Since there is a cooling vent present on the back of the new smartphones, the fan of the AeroActive Cooler 3 basically blows air on to the copper heat sink (which is claimed to be six times larger than the heat sink present on the predecessor). Then comes the ROG Kunai 3 controller that can be detached in different halves with analog sticks and buttons and can be docked on both sides of the device for a console-like experience. There is also the TwinView Dock 3 that also has its own 6.6-inch AMOLED display and 144Hz refresh rate. The dock packs its own 5000 mAh battery and is perfect for games that support dual-screen gameplay. 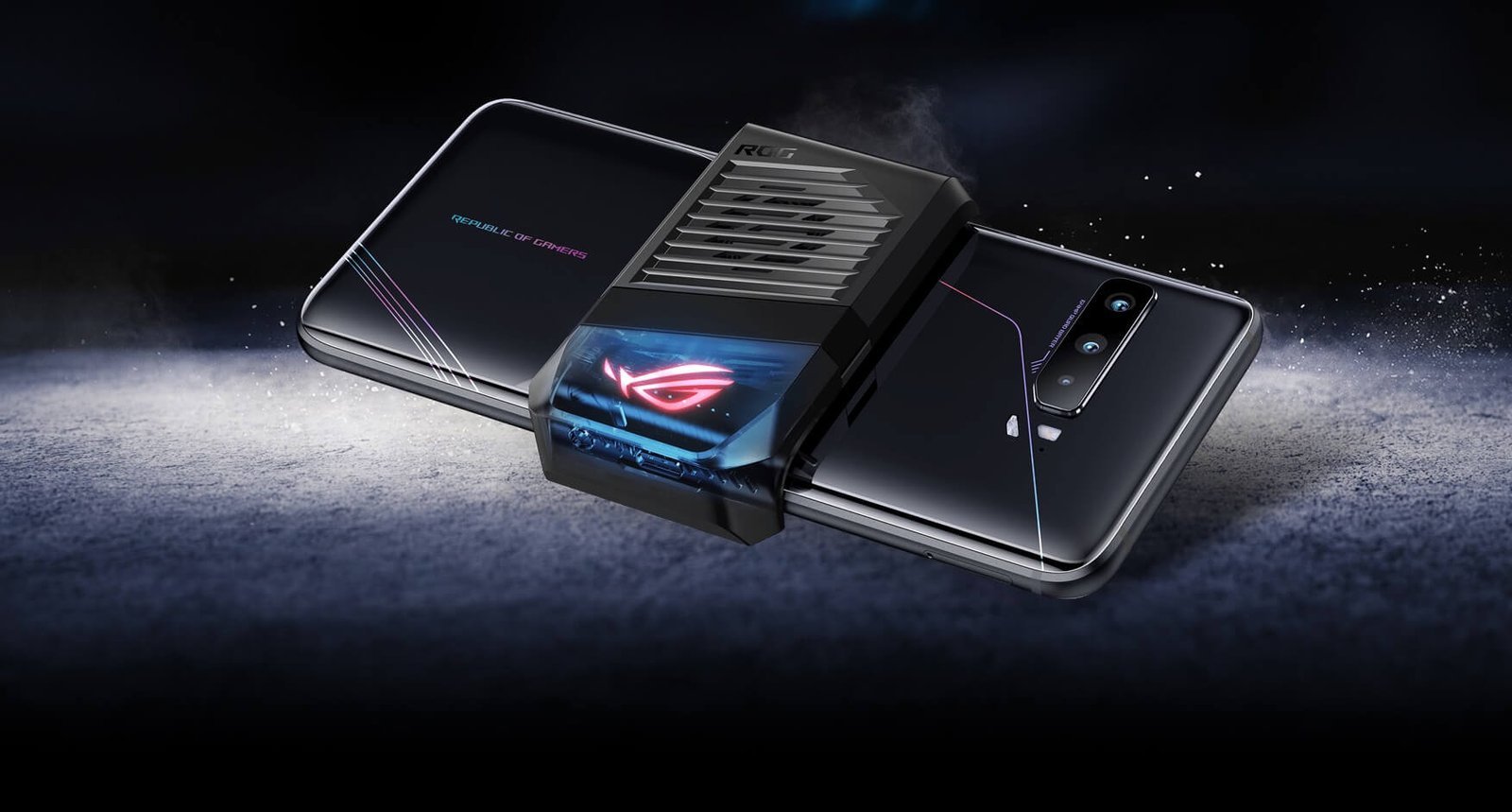 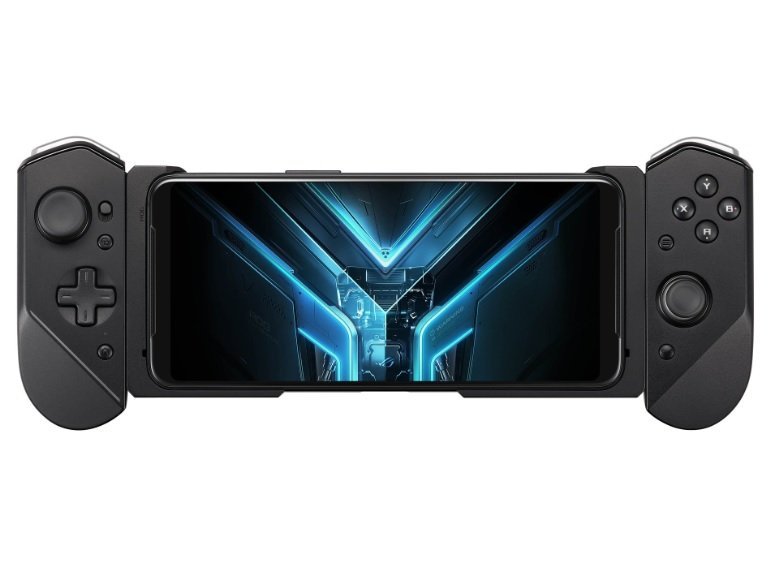 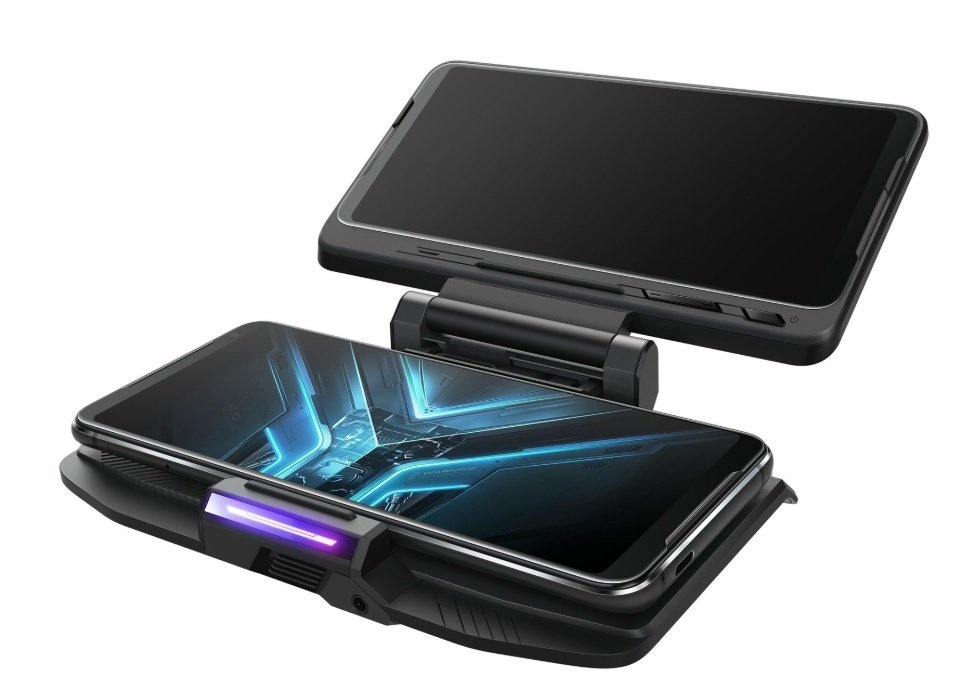 We will keep you posted once the new ASUS ROG Phone 3 and the ROG Phone 3 Strix editions hit the UAE and the Middle East. 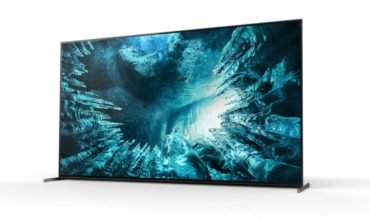 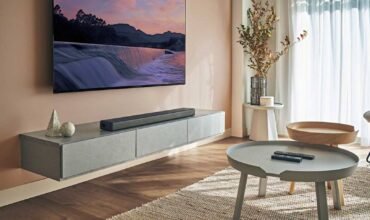