It’s that time of the year for PC enthusiasts where new graphics cards will hit the market with better gaming performances. After a lot of rumours, NVIDIA has officially unveiled its plans for the launch of their next-generation GeForce graphics cards. NVIDIA posted the teaser video on their Twitter page that reveals the animation of a big-bang like explosion, along with the words of “21 Days. 21 Years”. If the clues are to be believed, 21 Days refers to the countdown and the date is August 31st, 2020. What is interesting is that August 31st was the same date that the GeForce 256 was released back in 1999. And that was 21 years ago.

Now, these are just cryptic messages and NVIDIA has yet to confirm the actual launch date and also if this teaser is about the next generation Ampere GPUs. There is also no confirmation yet if NVIDIA is also going to call the new series as the GeForce 30 series. The cryptic messages decoding doesn’t end there as the folks at WCCFTech noticed that by multiplying the number 21 by 256, the end result is 5376, which is the rumoured CUDA core count number for the upcoming GA102 GPU.

As far as the latest rumours go by, there is a good possibility that NVIDIA might not follow the RTX 30 series name scheming (RTX 3060, RTX 3070, RTX 3080 etc.), and instead might opt for the RTX 21 series naming. We are talking about cards that may be called as RTX 2170, RTX 2180, RTX 2180 Ti. It’s a bit confusing for some since we all have been just hearing the RTX 30 series name scheming for the past many months. There were leaked images of the possible Founders’ Edition RTX 30 series graphics cards that have fans on either side, along with another leaked image of the possible ASUS Strix RTX 3080 Ti card. Rumours suggest that the new GPUs will be based on Samsung’s 8nm node, although, earlier leaks hinted the possible use of TSMC 7nm nodes. Earlier reports have indicated that the Ampere GPUs is expected to be 30% faster than the current RTX 2080 Ti cards. The percentage gain rumours have been circulating for a while where some claimed 20% faster performances than the RTX 2080 Ti and 50% performance gains over the RTX 2080 card. Rumours of the RTX 3080 Ti or the existence of an RTX 3090 card indicates about 60% performance gains over the RTX 2080 Ti card. There are also rumours that the RTX 3090 would feature 24GB of GDDR6 RAM.

Regardless of which of the rumours might turn out to be true, we are certain that NVIDIA will deliver impressive performance gains with their next-gen Ampere GPUs, along with faster ray-tracing performances. AMD is also expected to unveil their Navi 2X graphics cards in a couple of months, along with the launch of the Sony PlayStation 5 and Microsoft Xbox Series X, which also sports next-gen Navi 2X GPU cores. AMD looks like they are finally ready to take on NVIDIA, with rumours circulating that the Navi 2X cards are faster than the RTX 2080/ RTX 2080 Ti cards. While you should take those rumours with a grain of salt, AMD did confirm that they are prepared to launch products aimed at 4K gaming. 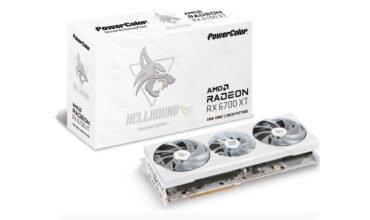 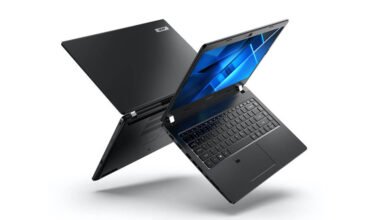