The new PRO X SUPERLIGHT joins an impressive lineup of PRO Series gear, which has earned a reputation for unrivaled quality and performance amongst the world’s leading esports professionals. The PRO X SUPERLIGHT was field tested and played a key role in helping ASTRALIS win the Season 12 ESL PRO League Final, and G2 Esports win the 2020 League of Legends European Championship.

“I’m always looking for a way to boost my abilities,” said Benita Novshadian, also known as bENITA, a professional Valorant player for CLG. “The newest PRO X SUPERLIGHT Gaming mouse is light and accurate, allowing me to focus just on the game and the task at hand. There’s absolutely nothing holding me back!”. To meet the demands of competitive gaming, the new PRO X SUPERLIGHT was designed to remove all obstacles to winning by being Logitech G’s lightest, fastest PRO Wireless mouse yet. Meticulously redesigned and engineered to reduce weight while enhancing performance, the new PRO X SUPERLIGHT is less than 63 grams and nearly 25% lighter than the standard PRO Wireless.

In addition, the PRO X SUPERLIGHT features a more responsive 2.4 GHz LIGHTSPEED wireless for untethered play and up to 70 hours of battery life. The new mouse has large, zero-additive PTFE feet, for a low-friction experience that delivers unrivaled precision, speed, and maneuverability. The PRO X SUPERLIGHT comes equipped with Logitech G’s HERO 25K sensor at 25,600 DPI, the industry’s first sub-micron level mouse sensor that can accurately track movement at the sub-micron level — approximately 1/50th the thickness of a human hair — without compromising on accuracy. The sensor does this without the use of smoothing and without spurious motion or parasitic counts. The HERO 25K sensor utilizes a smart power management system to continuously adjust frame rates based on the movement of the mouse to minimize power consumption. Even at high DPI, HERO is 10X more power-efficient than previous Logitech G sensors.

“With the PRO X SUPERLIGHT we pushed the boundaries of what’s possible when you combine advanced technologies like LIGHTSPEED and HERO 25K with innovative super lightweight design,” said Chris Pate, portfolio manager for Logitech G PRO Series. “Tested and validated by Pro athletes around the world, The PRO X SUPERLIGHT is the answer for gamers who are looking for the pinnacle of performance.”

The Logitech G PRO X SUPERLIGHT will be available in black and white colors and is priced at $149.99 (Approx 600 AED). 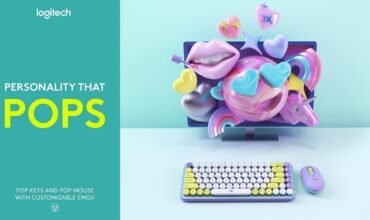 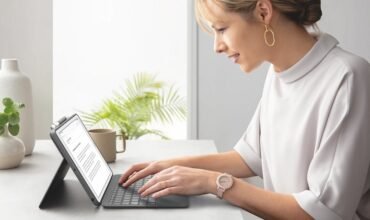