One of the biggest advantages of the latest AMD Ryzen 7 1800X and 1700X 8-core processors over the Intel i7-6900K is that they are far more affordable with a performance that almost matches head-on. And if you think that the new Ryzen 7 chips are still out of your budget, then AMD has one more affordable option called the Ryzen 7 1700 processor. 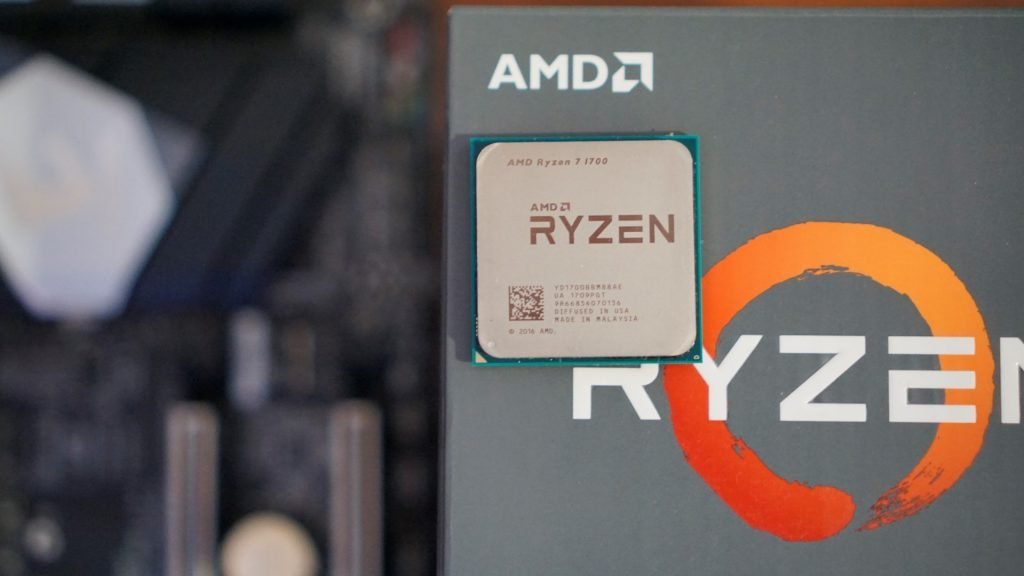 The R1700 is the lowest 8-core/16 thread ZEN processor of the three Ryzen 7 line-up with its base clock speeds set at 3 GHz. The processor goes up to 3.7 GHz in boost clock mode and can only go a little further north to 3.75 GHz when XFR gets triggered if a better and effective cooling solution is in place. The X factor that’s missing in the R1700 branding indicates the reason of why the eXtended frequency range speed gains isn’t much to talk about here. The R1800X and R1700X can go up to 4.1 GHz and 3.9 GHz XFR speeds, respectively. 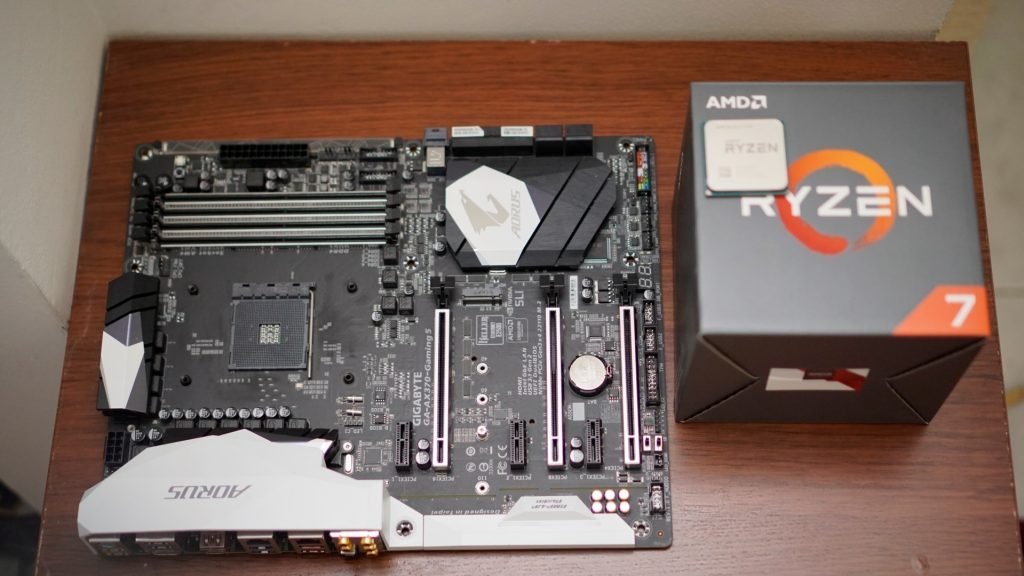 Nevertheless, the 16MB L3 Cache is the same as other Ryzen 7 chips with support for certain AMD specific features such as the “Smart Prefetch” and the “Neural Net Prediction” that helps to analyze and predict all the CPU instructions needed and the required data access points for preloading the cache, which results in faster executions. 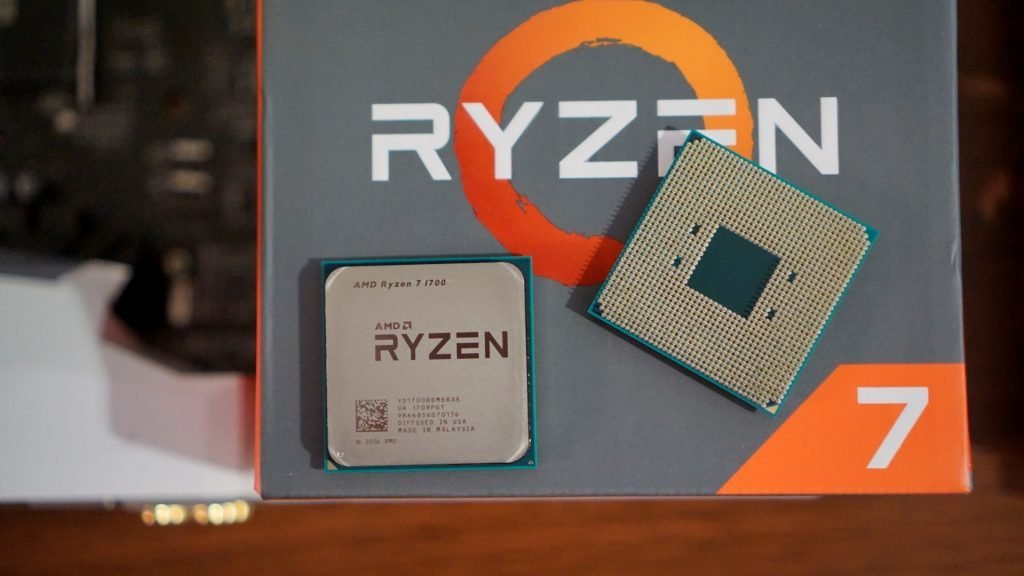 Users can still benefit from the support of DDR4-2666 type RAM kits for the R1700 processor. I’ve tested the Ryzen 7 1700 on a Gigabyte AX370-Gaming 5 motherboard that’s based on the AM4 socket with an AMD Wraith Spire cooler, a SAPPHIRE Nitro+ Radeon RX 580 8GB GPU, a Crucial 2TB MX300 SSD with a clean Windows 10 Pro installation and with two Corsair Vengeance that sums up to 16GB DDR4 RAM. It’s pretty much the same build that I used to test the R1800X and R1700X processors. 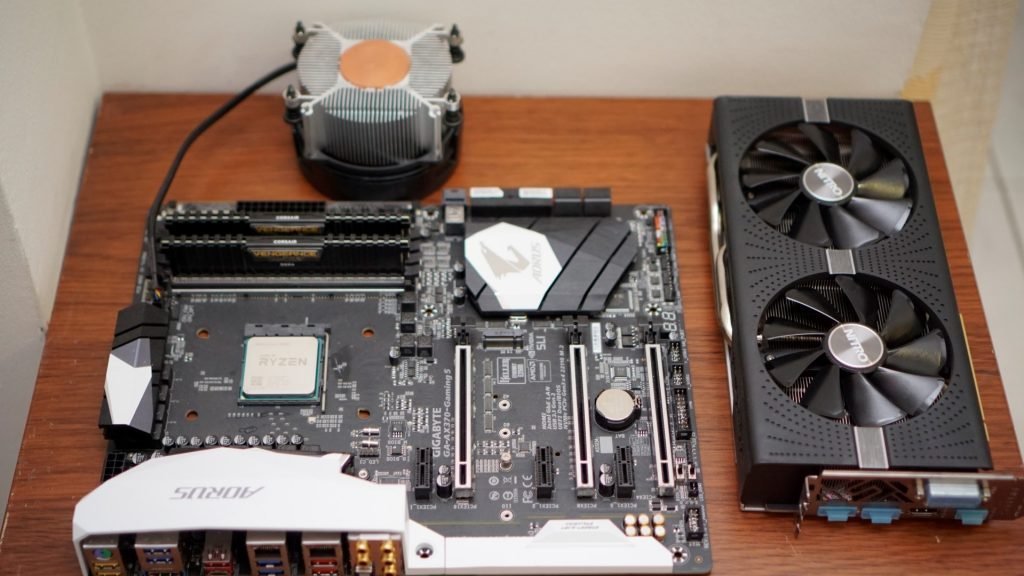 I started off with CPU-Z synthetic benchmarks which clearly indicates a distinctive performance difference between all the three Ryzen 7 processors. While my CineBench R15 single and multi-core performance results for the R1700 is lower than that of the R1800X and R1700X, the results are still faster than any of the processors Intel has below the i7-6900K. GeekBench 4 benchmark scores conclude a similar result between all the three processors. 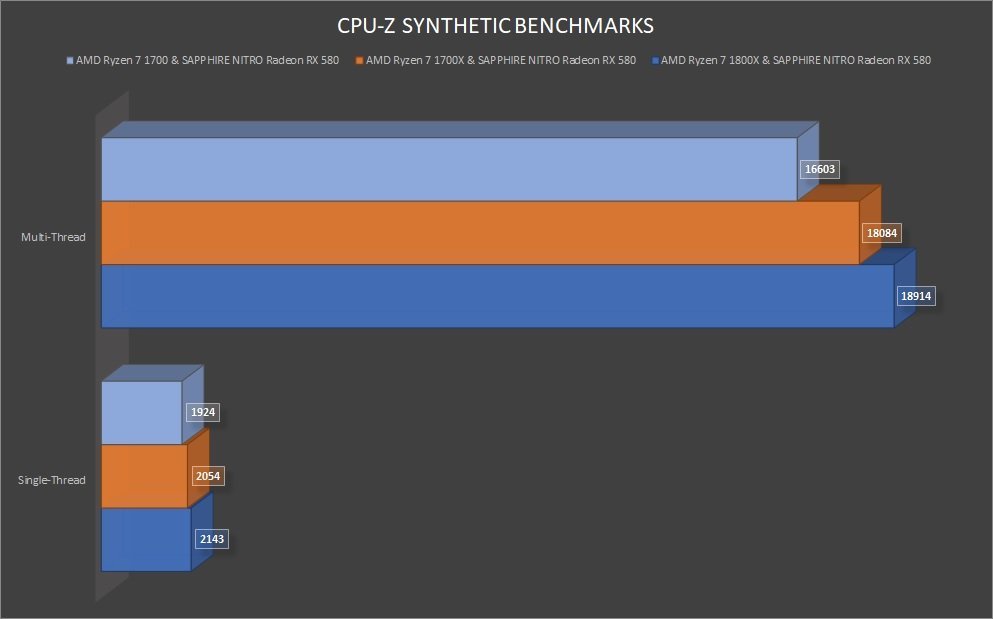 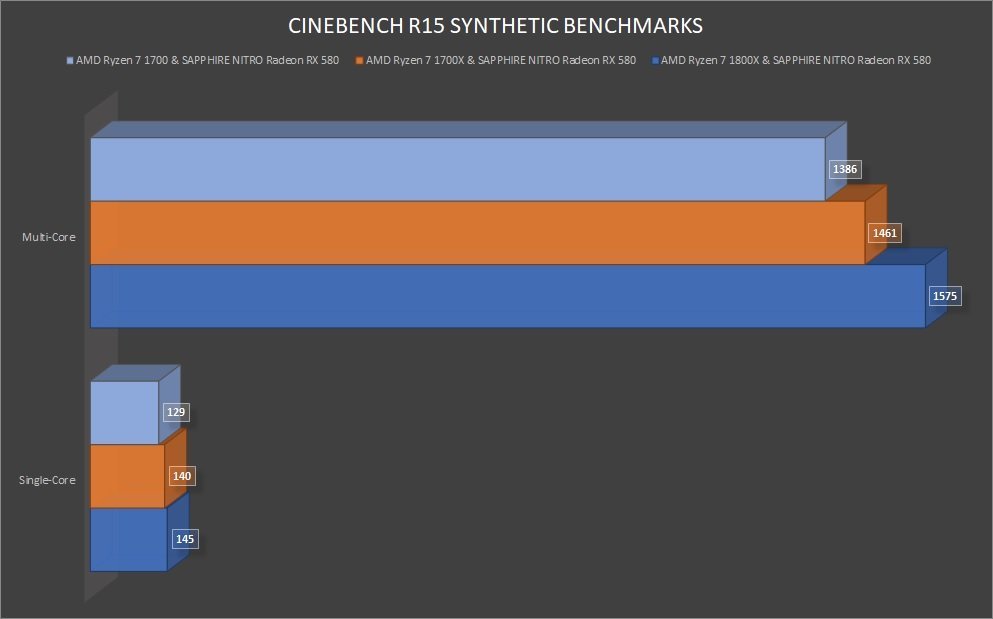 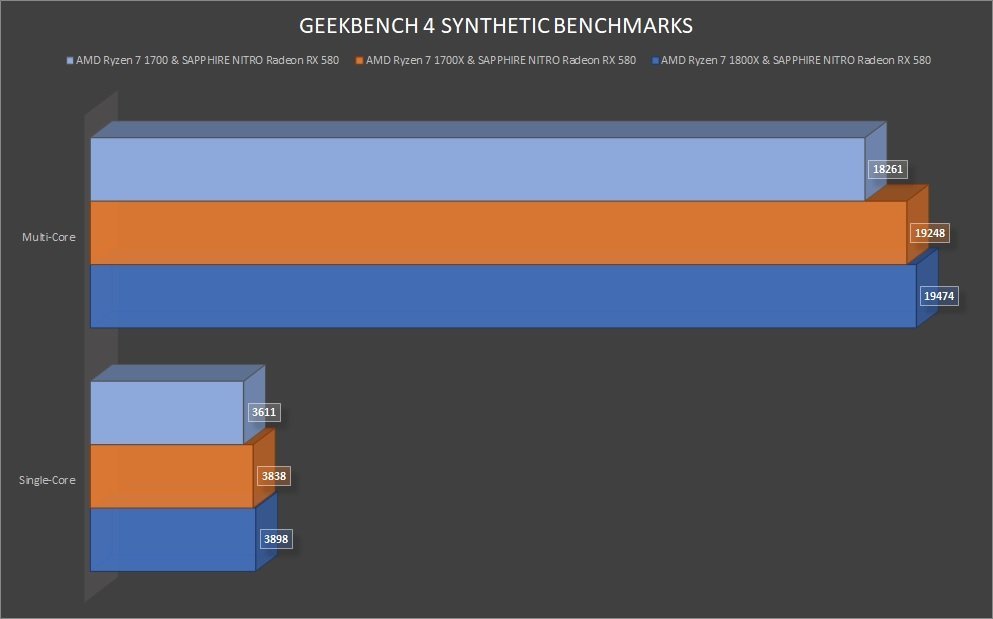 The next round of benchmarks includes running a Blender benchmarks which resulted in render times that are close to each other for all the three chips. However, in my Sony Vegas 1080p and 4K video rendering test at 60p, the R1700 took a minute more than the R1800X and R1700X processors. The average frame-rate difference between all the three processors is a single frame-rate for each with the R1700 generating the lowest score among them. 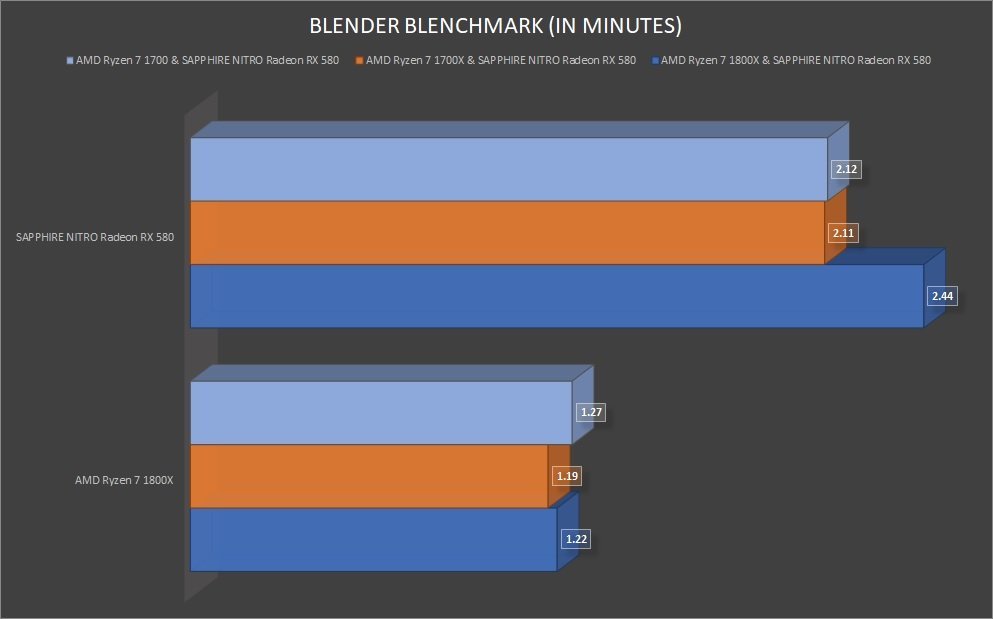 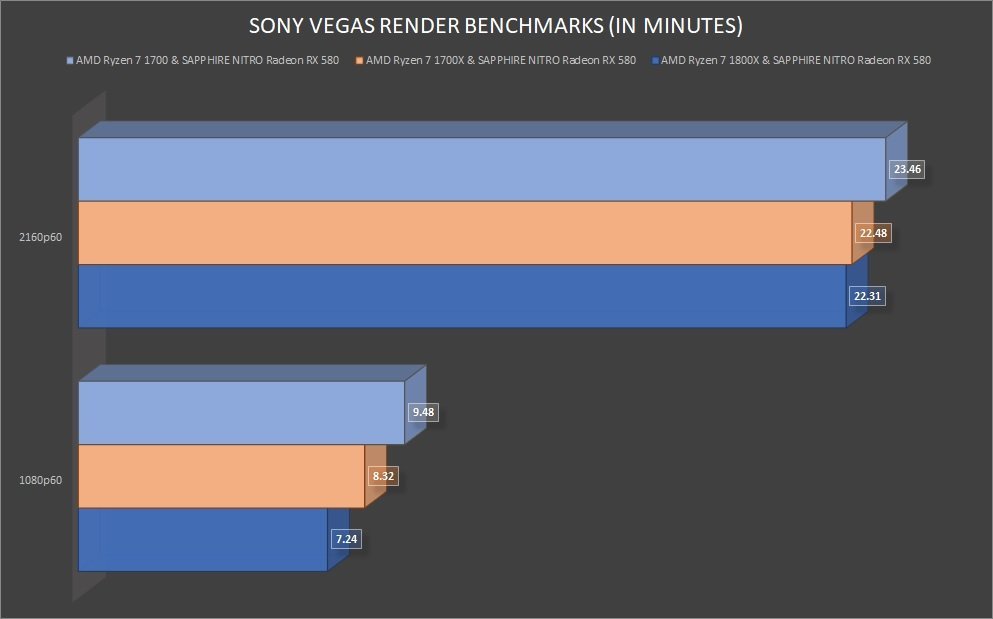 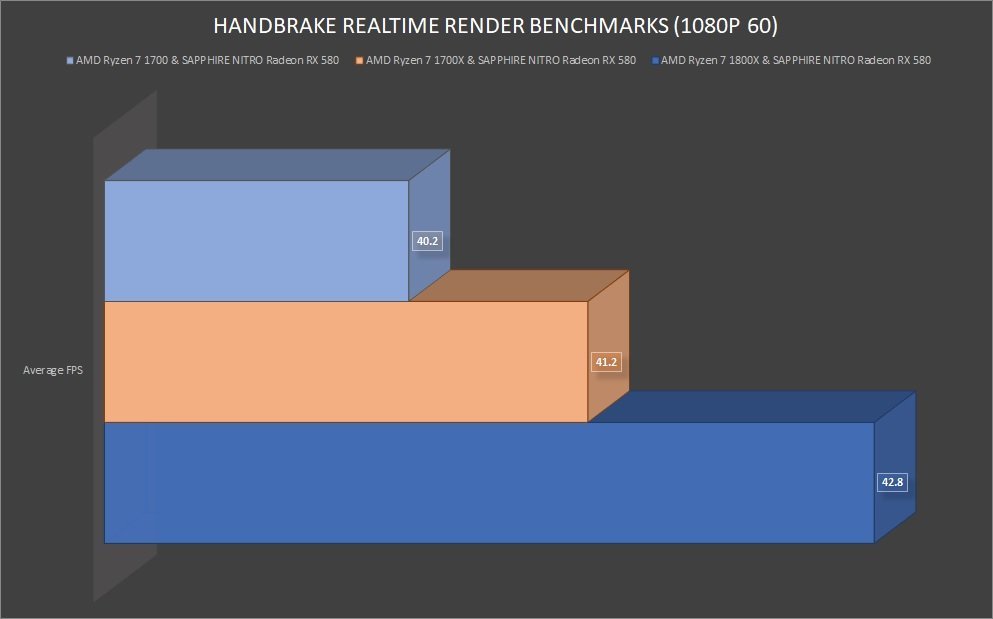 I’ve also tested the R1700 with the SAPPHIRE Nitro+ RX 580 card and my benchmark scores for FireStrike, FireStrike Extreme, the DirectX 12 based TimeSpy and the Superposition are very close to what we had achieved with the R1800X and R1700X. In short, synthetic gaming benchmarks between the three chips at default speeds has very few differences. 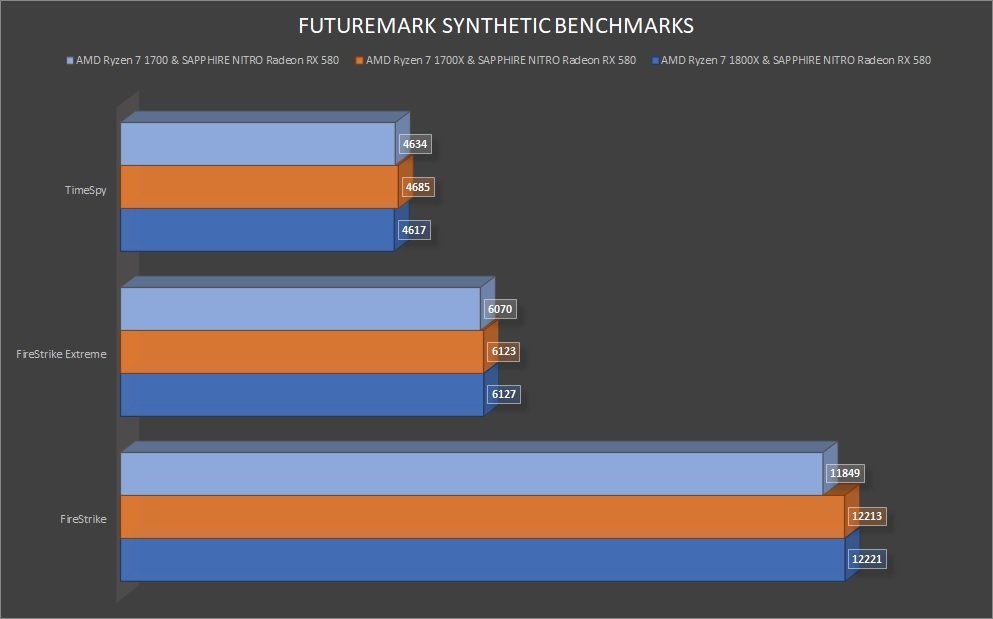 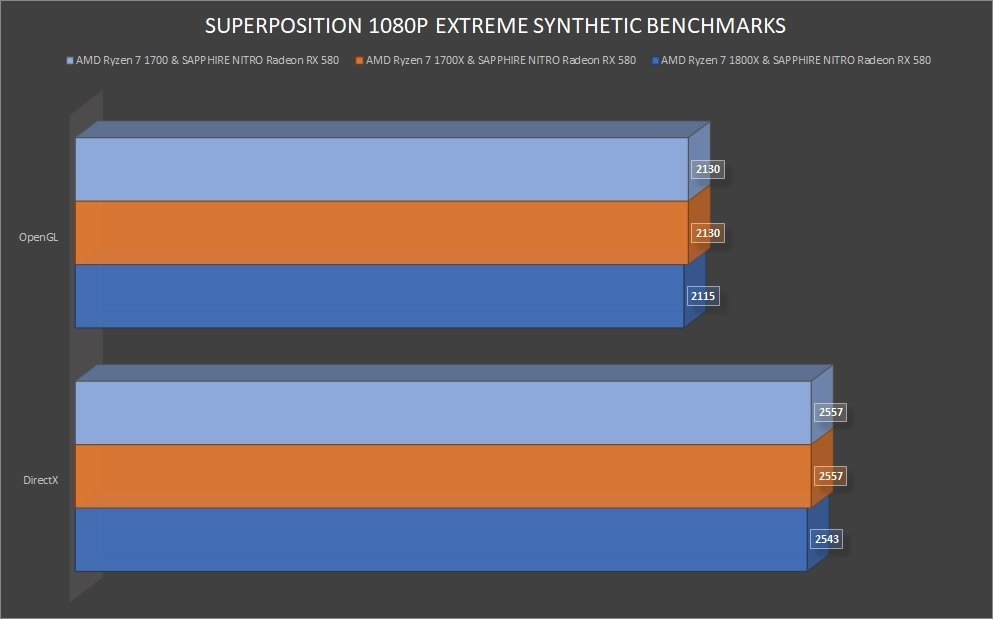 The same follows for gaming at DirectX 11 and DirectX 12  tests at maximum 1080p settings. There is only a difference of a single framerate between all the three processors with the R1700 having a slight edge over the other two processors in a few game tests. I’m sure if we retested the R1800X and R1700X again and again, the RX 580 would have performed better at different circumstances. In short, gaming performance between all the three processors is basically the same at default speeds. 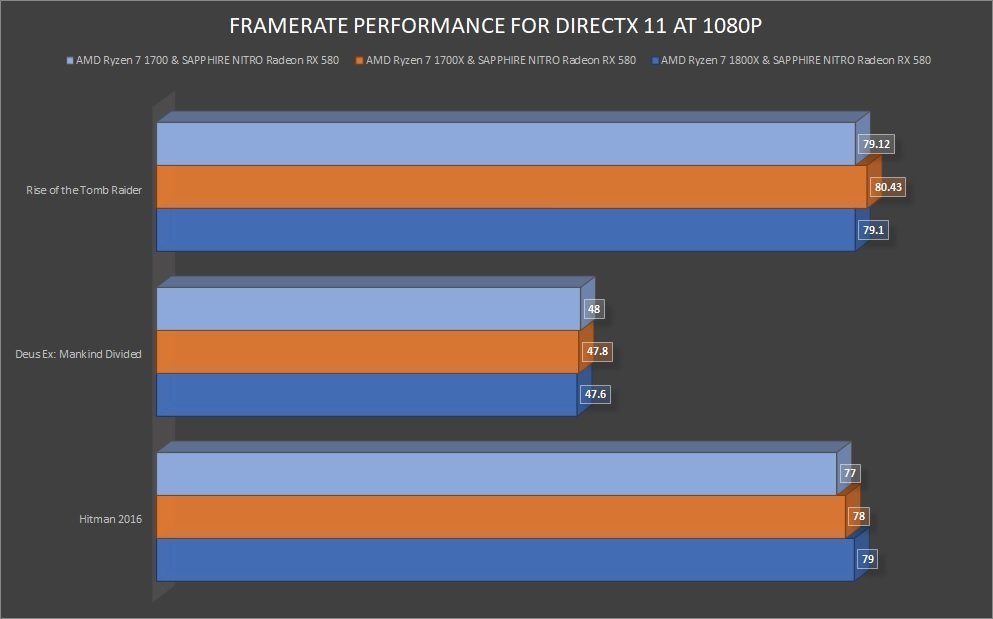 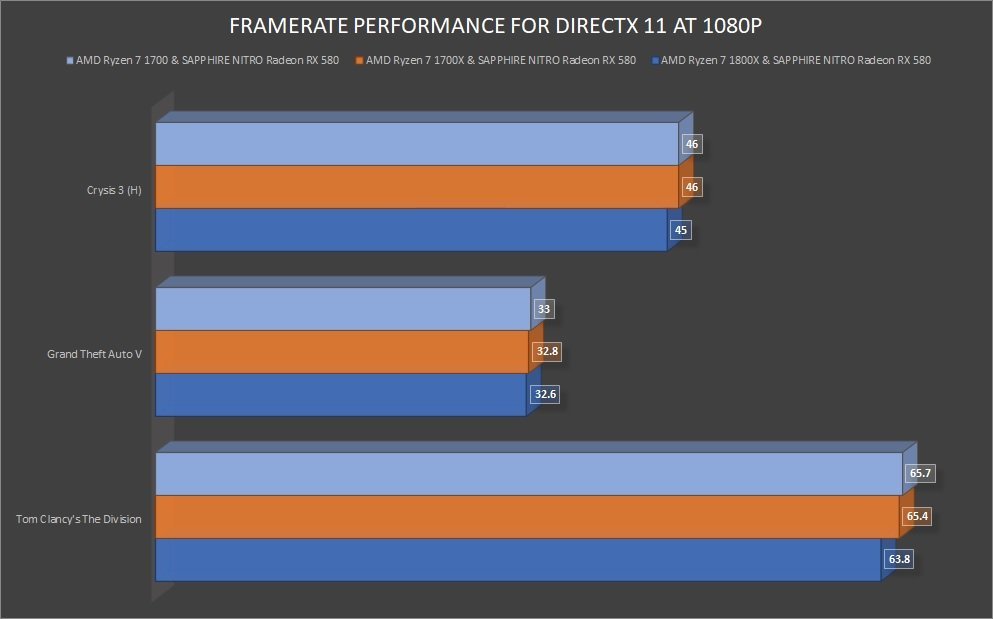 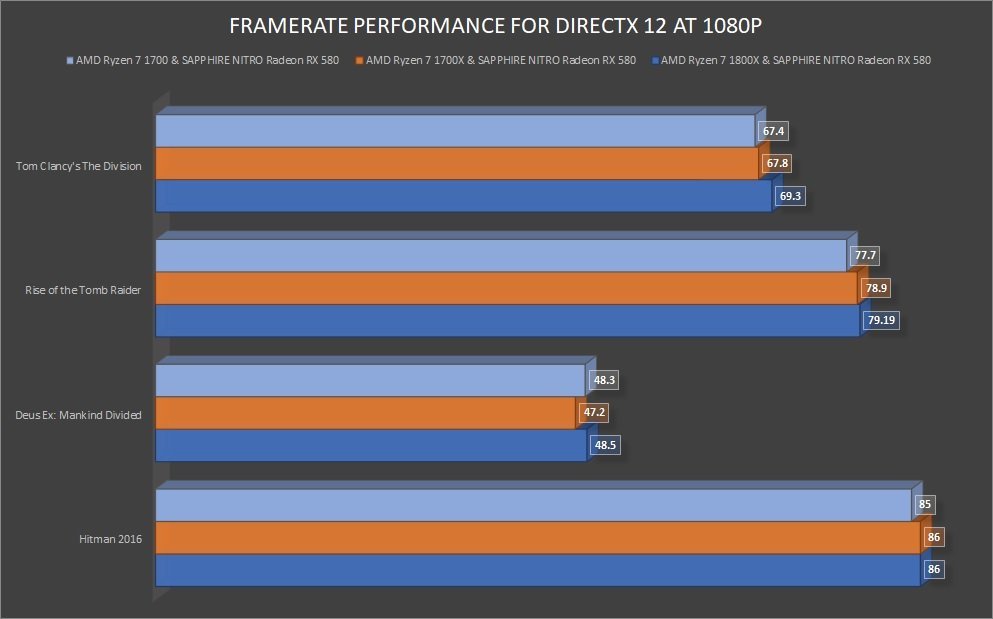 AMD played the cards right this time with their Ryzen 7 portfolio. While the fastest R1800X is already sold at half the price of the Intel i7-6900K, AMD has given users the flexibility to choose two more affordable 8-core chips with the R1700 being the most affordable of all. The AMD Ryzen 7 1700 is priced in the UAE for an unbelievable AED 1200 which is much more affordable than the 6-core Intel i7-6800K that costs around AED 1700.

The CPU performance of the R1700 is already close enough with the higher-end Ryzen chips and the gaming performance is basically the same with the faster R1800/R1700 chips. The Ryzen 7 1700 is clearly the most value-added 8-core/16-thread performance processor in the world that you can buy today. 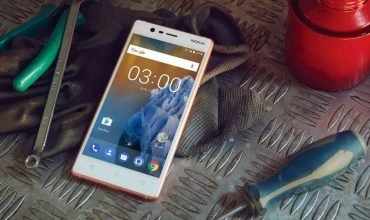 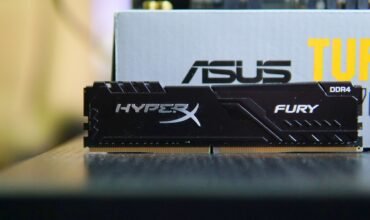 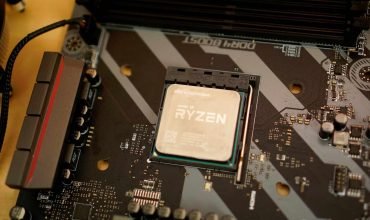