Apple has announced its new iPhone, the iPhone 5S, during an event at its Cupertino, California headquarters today. The iPhone 5S will be the same size as its predecessor, the iPhone 5, with a 4-inch screen. The phone also includes Apple’s new A7 64-bit chip, and Apple describes the 5S as the “world’s first and only smartphone” with a 64-bit chip. Phil Schiller, announcing the new phone, described the device’s CPU and graphics as twice as fast in speed as the iPhone 5.

The chip also packs a series of other performance and graphics enhancements. In addition to the A7, the phone includes the M7 motion coprocessor. The M7 “continuously measures motion data,” and includes the phone’s accelerometer, gyroscope and compass. 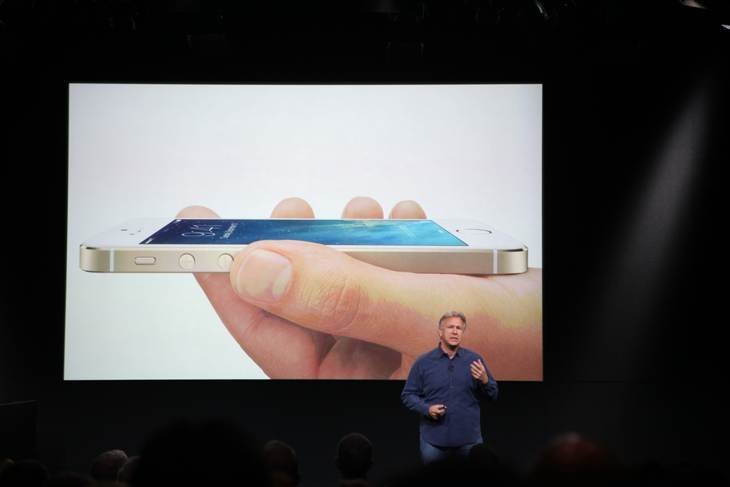 The 5S will ship with the newest version of Apple’s mobile operating system, iOS 7. This latest iOS is notable for its abandonment of the company’s traditional “skeumorphic” design, which often utilized digital illustrations of real-life objects. The new operating system relies on a brand new “flat” user interface, giving the iPhone its first major visual overhaul since the device launched in 2007.

the iPhone 5S will also carry a fingerprint scanner, called the Touch ID sensor, embedded in the home button, which will allow for faster and more secure logins. The scanner, which uses technology Apple acquired last year when it bought security company AuthenTec for $356 million, will ship with the new iPhone on Sept. 20. It will not ship with the iPhone 5C. The fingerprint scanner allows users to log in more quickly, Apple said, and will help prevent unauthorized access from someone who guessed or stole the owner’s pass code or phrase. It can also be used to make purchases in iTunes. The fingerprint is stored on the device and never backed up to the cloud, Apple said.

The other new under-the-hood feature is an M7 chip, a “motion coprocessor” that accesses sensors without waking up main chipset. This will mean more efficient exercise apps and other active/location services. The 5S battery life is equal or better than predecessor, 10 hours for most activities including video, and 40 hours for music only.

The 8-megapixel camera has been redesigned with larger optics and a larger sensor. As Schiller says, “bigger pixels make a better picture,” so the megapixel race takes a back seat. (Says Apple, but it rings true.) The “True Tone” flash adapts to lighting conditions better, and provides more natural light.

Burst mode gives you 10 frames per second, if you want to get GIF crazy. It selects the best of the 10 in realtime. In video mode, there’s a 120-frame-per-second slow-mo mode, and you can even toggle back and forth between slow mo and regular 30-fps shooting within a video.

The software has been re-engineered for the iPhone 5S’s 64-bit processor. The device will come in three colours: silver, gold and a “new space gray.” The iPhone 5S was announced along with the lower-cost iPhone 5C. Together these models will replace the iPhone 5 in Apple’s lineup. 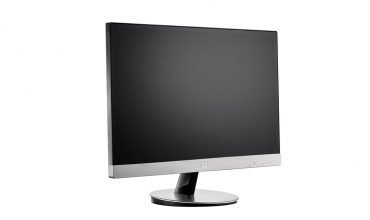