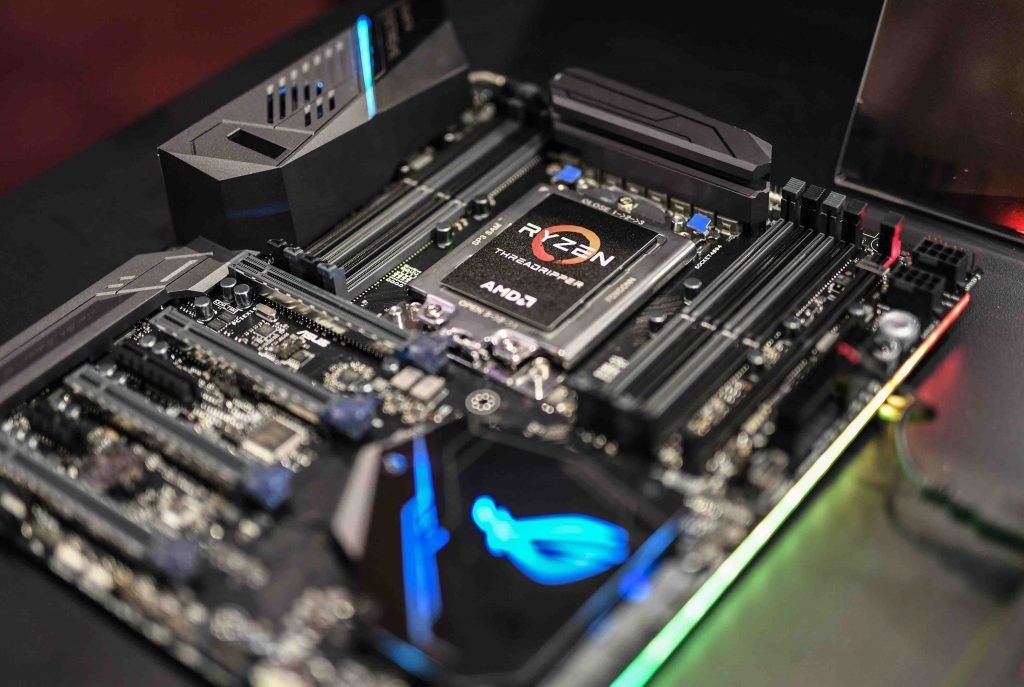 “We celebrate 30 years of AMD in Taiwan at Computex this year with great momentum around our new high-performance computing and graphics products,” said AMD President and CEO Dr. Lisa Su. “At Computex we highlighted the next wave of AMD products that will come to market, including our upcoming EPYC family of processors for datacenters, high-end Radeon ‘Vega’-based graphics cards, and new AMD Ryzen Threadripper and Ryzen mobile processors. We were thrilled to be joined by customers and partners including Acer, Asus, Dell, HP and Lenovo to showcase their latest AMD Ryzen-powered PCs.” 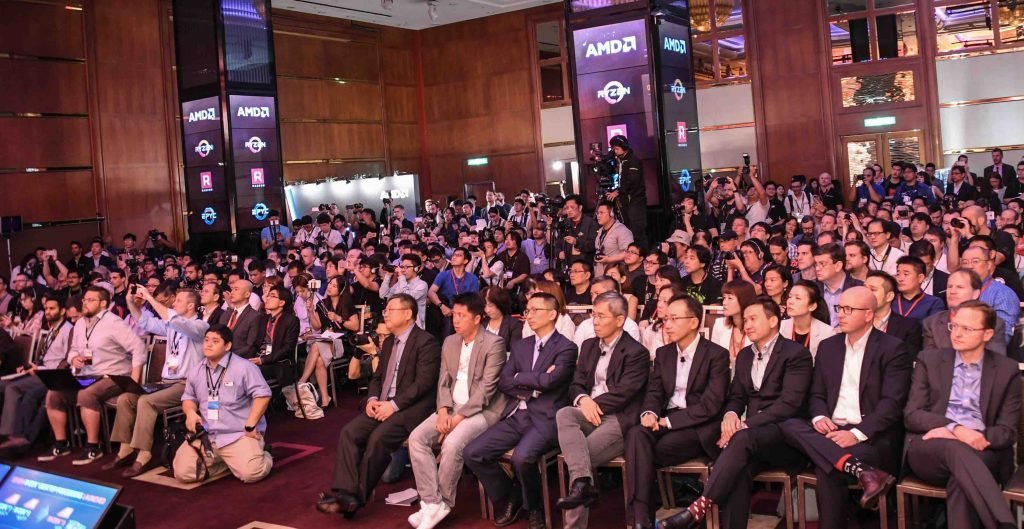 EPYC Launch
At Computex 2017, AMD announced the worldwide launch date for EPYC, the new AMD family of high-performance processors for cloud-based and traditional on-premise datacenters, previously codenamed Naples, which will deliver the highly-successful “Zen” x86 processing engine scaling up to 32 physical cores. The first EPYC processor-based servers are scheduled to launch on June 20th 2017, with widespread support expected from original equipment manufacturers (OEMs) and channel partners, ushering in a new era for high-performance server processors and the datacenter. With its high core count, superior memory bandwidth, and unparalleled support for high-speed input/output (I/O) channels in a single chip, EPYC aims to revolutionize the dual-socket server market while simultaneously reshaping expectations for single-socket servers. 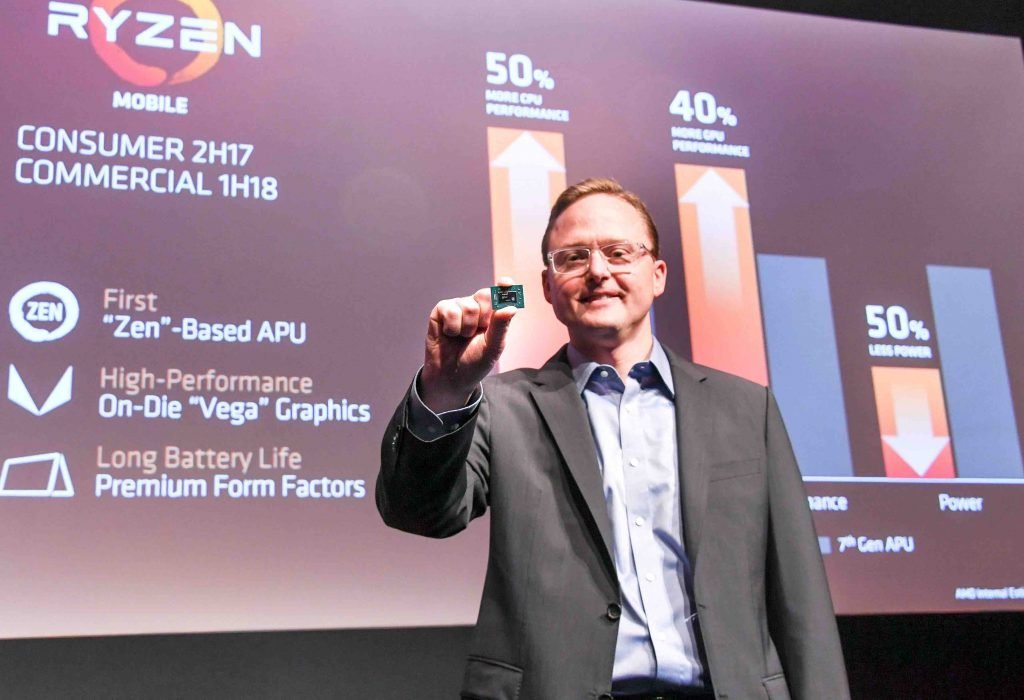 Ryzen Momentum
Following the recent launches of seven AMD Ryzen desktop processors, including AMD Ryzen 7 and AMD Ryzen 5, designed to bring innovation and competition back to the full spectrum of premium PC markets, AMD outlined continued momentum for Ryzen. Building on the Ryzen channel foundation, AMD announced that all of the top global PC OEMs expect to have Ryzen-based designs in the market by end of Q2 2017, giving consumers a wide range of premium and gaming towers, and all-in-ones, powered by Ryzen 7 and Ryzen 5 desktop processors. The Ryzen-powered Windows®-based systems from Acer, Asus, Dell and Lenovo on display at Computex 2017 include:

“Announcing the Acer Aspire GX-281 desktop with AMD Ryzen processors in late April, we are proud to be on the forefront of AMD’s new technology,” said Jerry Kao, president of IT Products Business at Acer. “We look forward to continuing our partnership with AMD to bring more exciting products to the market together.” 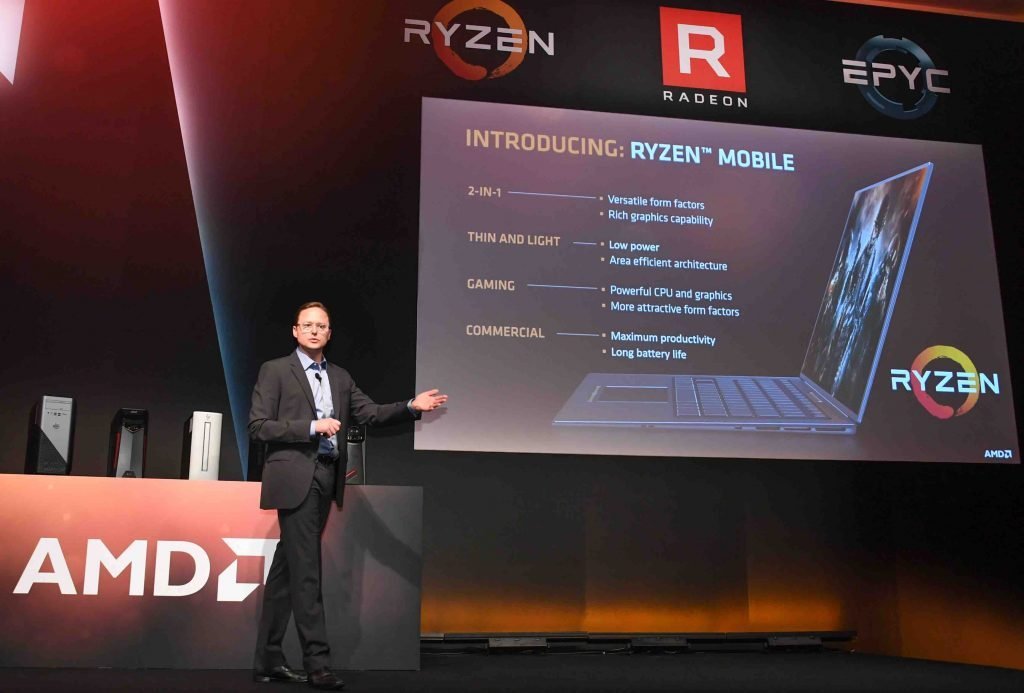 “ASUS Republic of Gamers (ROG) is dedicated to delivering the most innovative hardcore hardware for truly dedicated gamers,” said the Chief Operating Officer of ASUS, S.Y. Shian. “We are excited to announce our brand new powerful ROG mobile platform – the Strix GL702ZC. This system, equipped with AMD’s latest 8-core Ryzen processor and an AMD Radeon RX580 GPU, is the first ROG product that we’ve designed around AMD and it is a gaming powerhouse.”

“HP is focused on delivering bold innovation in the gaming space, including virtual reality and eSports, with a portfolio that offers extreme performance and the best possible experience for all gamers,” said Kevin Frost, vice president and general manager of consumer personal systems, HP Inc. “AMD’s recent launch of Ryzen processors has generated great excitement in the market and we believe there is a set of customers who will benefit from devices powered by Ryzen.”

“Desktop PCs are no longer just for work – consumers use them for watching their favorite movie on Netflix, editing their digital photo collection and even gaming. They expect top performance and a smooth experience,” said Tony Chen, executive director of Lenovo’s Consumer PC Product and Portfolio Management. “Our Lenovo IdeaCentre desktops with the latest AMD Ryzen processor give users outstanding multitasking capabilities, alongside the high performance they need for next-gen personalized computing experiences, such as VR and high-quality streaming.”

In addition, AMD announced cutting-edge high-performance motherboard designs from ASRock, Asus, Gigabyte and MSI, built upon the X399 chipset. The X399 chipset motherboards for the new socketTR4 platform are designed for the highest tier of PC enthusiast society, who demand cutting-edge features such as 16 core/32 thread processors, quad channel memory with support up to 2TB of RAM, superior IO, and who choose the ultimate processor and motherboards as an extension of their personal brand.

“The reception and response from both consumers and enthusiasts for Ryzen has been remarkable, and we’re just getting started as we roll out a full line-up of Ryzen processors that deliver exceptional performance for premium and high-performance desktops and notebooks,” said Jim Anderson, senior vice president and general manager, AMD Compute and Graphics business group. “Additionally, the ecosystem enthusiasm is evident as we start to see the first wave of Ryzen-based systems from top OEMs join the hundreds of motherboards and system integrator systems already in-market. It’s clear that the industry and consumers were hungry for the innovation Ryzen has brought back to the PC market.”

Radeon “Vega” Updates
Following the announcement that the first graphics card based on the “Vega” architecture will be the Radeon Vega Frontier Edition, a premier solution for both machine learning and advanced visualization, AMD announced that this powerful new graphics card is expected to arrive on shelf on June 27th, 2017. In addition, AMD showcased the highly-anticipated Radeon RX Vega graphics card, asserting that the “Vega” architecture based gaming powerhouse is expected to launch at SIGGRAPH 2017, the world’s largest and most influential conference for computer graphics and interactive techniques, hosted in Los Angeles, California. 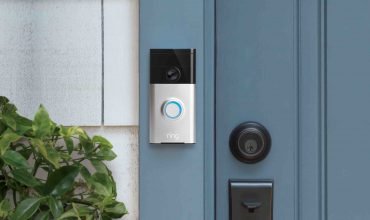 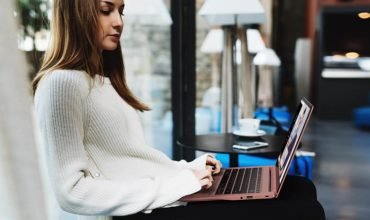