Home » Is anxious the new normal?

A new Kaspersky Lab report has shown that Generation Z is the most anxious to date, with the vast majority of young people admitting they are worried about something in their lives, and the majority do not seek professional advice to help them cope with it. In line with its global commitment to turn insecurity into security, Kaspersky Lab has joined forces with digital youth charity The Mix to help young people from around the world embrace their own insecurities, and show that they are not barriers to achieve happiness, through a new campaign – #AndOwningIt.

With their world dominated by online news and social media, nearly half of Generation Z (young people aged between 13 and 23) said they feel more anxious about their appearance than about their career prospects, money, terrorism and being bullied.

The study revealed that these anxious feelings, or worries, can impact young people’s behaviour, including how they approach social media. For example, it is quite common for Generation Z to create a more manufactured, or perfect, perception of how they look. Most young people also spend up to half an hour editing their images or videos ahead of posting them on social media platforms, in order to create a flawless image.

One more important finding is that girls are more insecure than boys, as they feel much more anxious about their appearance than their male counterparts. Nearly double the number of female Gen Z-ers, when compared to male Gen Z-ers, also admit to changing their eating habits (such as overeating or refraining from eating) because of appearance related anxieties. Body improvement and fitness content on social media makes young women feel worse than young men, and females have admitted to skipping a social event in the past year due to social anxiety.

What’s more important is that Generation Z does not seek help on what to do when they are feeling anxious. The majority young people do not visit a doctor for advice on how to cope with their anxieties. So, while many young people are struggling, they are not sure about how to deal with their feelings.

In order to tackle this, Kaspersky Lab has joined forces with The Mix, a digital youth charity supporting people under the age of 25, to launch a new campaign to help turn Generation Z insecurities into securities. This new campaign – #AndOwningIt – aims to help young people lead happier lives by empowering them to embrace the very things that make them feel insecure and allowing them realize these insecurities are not barriers to happiness. Why? Because the first step to turning an insecurity into a strength is owning it.

The campaign will be supported by custom t-shirts, featuring the most common insecurities young people have, encouraging them to accept their insecurities and start a conversation. All of the profits from selling the t-shirts will go to The Mix.

Chris Martin, CEO at The Mix said: “Across the world there are global issues which all Gen Z citizens face but there is still a stigma surrounding how they share their feelings and talking openly about mental health. Feeling anxious or worried can become very isolating for young people – but the truth is that there are many who struggle with how they feel, and things do get better. Our new campaign will help young people show others that they are not held back by any of their insecurities and the often hostile atmosphere of social media does not have to impact them. We are delighted to join forces with Kaspersky Lab and continue our important work of helping Generation Z open up about their mental health and empowering them to flourish. We’re calling for everyone to own the aspect of their lives that others may criticise, or they are worried about, to prove there are no boundaries in becoming confident and successful.”

Kaspersky Lab and The Mix are urging Generation Z, along with their friends, to join the conversation across social media with the #AndOwningIt hashtag, as well as purchasing a t-shirt to show their support.

Ilijana Vavan, Managing Director, Europe, at Kaspersky Lab said:“For many years, Kaspersky Lab has helped families and businesses fight online insecurity and remain protected from cyberthreats. Now we want to help young people around the globe turn their insecurities into securities and overcome their real-life anxieties, as they try to prosper in a digital age that no other generation has faced before. They fear they won’t be able to be successful and happy due to circumstances that are both in and out of their control. This campaign is to help Generation Z realise they only create these barriers inside themselves and it’s in their own hands to get past these insecurities and own them.”

As part of its study, Kaspersky Lab surveyed 1,003 13 to 23-year-olds in the UK to discover more about their insecurities and what they feel anxious about. To find out more and read the report findings, head to the Kaspersky Lab website. For specific help in continuing to tackle anxiety or other mental health challenges, reach out to The Mix – the information and support they offer is universal and can be accessed internationally. 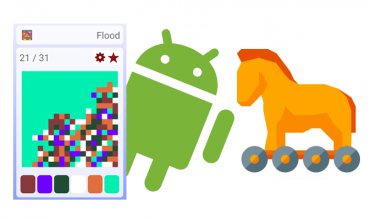 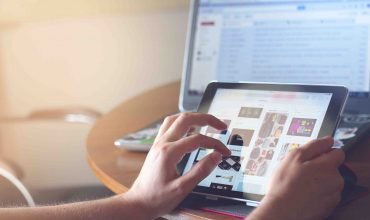