STARZPLAY, has today reported a five-fold increase in its number of monthly subscribers, driven by the addition of exciting new sports content.

Average revenue per user has also increased by 30 per cent as they subscribe to more sports packages, particularly Premier Sports League (live rugby) and the ICC Men’s T20 World Cup 2021. The sporting leagues created an influx of organic demand leading to a 41 per cent reduction in the cost of acquiring subscriptions.

The platform reported a robust 479% increase in overall subscriptions from the same time last year and a 161% increase from the highest growth achieved during the lockdown peak in 2020.

Maaz Sheikh, CEO STARZPLAY, said “Live sports have the power to bring people together. We saw an untapped opportunity to invest in live sports, which has tremendously benefitted our business as well as helped transform the OTT landscape. We launched our first live sports channel in 2021 and our recent study shows that the sports category on our platform has witnessed stupendous growth, which is a testament to the growing demand for exclusive and live sports content.”

“In fact, for the first time ever in the region a streaming platform hosted the power-packed ICC Men’s T20 World Cup 2021. The league has been a huge success with STARZPLAY breaking records of the last six years for the number of single-day signups, revenue and concurrent users. Our study shows that STARZPLAY has truly evolved as the streaming platform of choice for sports lovers, and we will continue to innovate in this niche sector to drive our growth and leadership in the region,” he added.

STARZPLAY had won the exclusive rights to live stream the ICC Men’s T20 World Cup and the data shows significant gains in terms of daily sign-ups, consumption and play time in minutes. The daily consumption increased by 145 per cent during ICC T20 semifinal from current daily average and 17 per cent from the lockdown peak in April 2020. Concurrent plays were at an all-time high of a 380 per cent over increase from an average weekend.

The ICC Men’s T20 World Cup witnessed one of the biggest sports matches in the cricket world with the action-packed India vs Pakistan match being followed by millions of fans around the world. STARZPLAY witnessed a 123 per cent uplift in the daily consumption minutes compared to the pre-cricket daily average.

STARZPLAY is also named as the ‘Super Streaming App’ highlighting its credentials not only as a destination for TV shows and movies but also popular sports and factual entertainment.  Winning the exclusive rights for the coveted football competitions like AFC Asian Cup and FIFA World Cup 2022 qualifiers, led to a phenomenal increase in STARZPLAY’s app downloads resulting in STARZPLAY gaining the first position in the UAE entertainment chart as well as the overall chart for all app categories within Apple store. 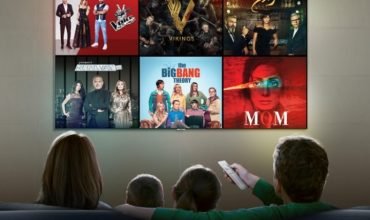 Starz Play on its consolidation drive 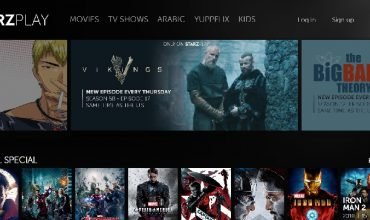