While gamers are waiting for the announcement of the latest graphics card series from NVIDIA, a new leaked image of the upcoming GeForce RTX 3090 graphics card has emerged, showcasing the front and back portion of the device. If the device in the image is indeed the real deal, then the Founders Edition of the RTX 3090 graphics card is longer and wider than the current NVIDIA GeForce RTX 2080 graphics card. It also appears that the RTX 3090 may occupy over three slots on the motherboard and the I/O bracket on the card seems to be 3 fingers wide. The card pictured here clearly resembles the RTX 3080 that was leaked a few months ago. The cards feature a new design that has fans on both the front and rear sides of the card. The previously leaked image of the NVIDIA RTX 3080 is expected to occupy two slots. There is also the RTX 3090 label on the backplate of the device but the image but is a bit blurry. The NVIDIA RTX 3090 card that was leaked is expected to be priced at 1400 dollars (Approx. 5142 AED). 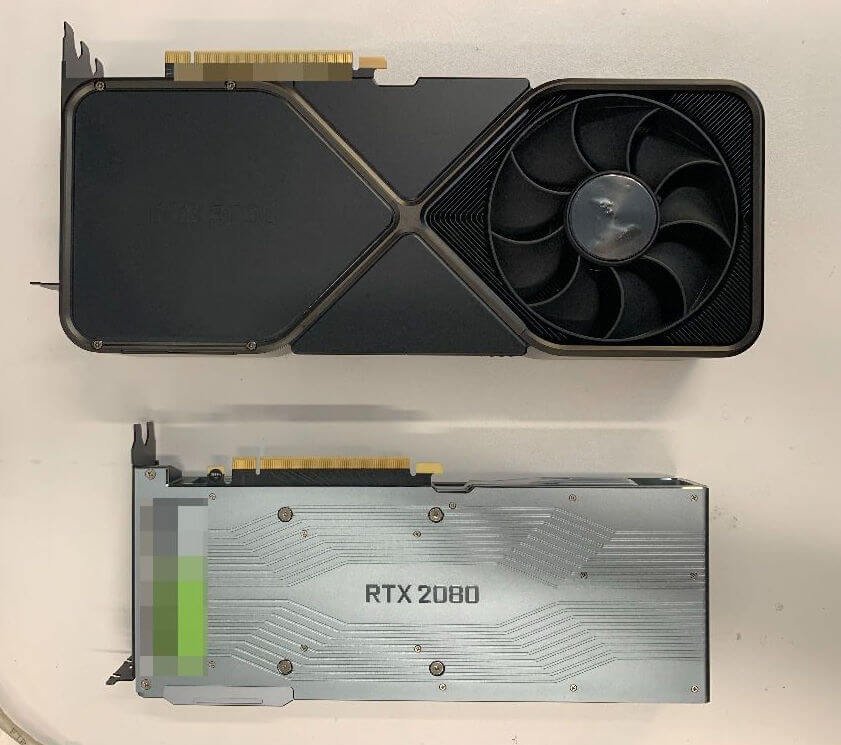 While there aren’t any confirmed specifications of the card, the RTX 3090 is expected to feature the rumored Ampere-based GA102 GPU with a CUDA count of 5248 cores, and the card could have a whopping 24GB GDDR6X RAM. On the contrary, the current flagship RTX 2080 has 11GB GDDR6 RAM and the RTX Titan with 24GB GDDR6 RAM. The upcoming NVIDIA Ampere cards are also expected to deliver improved ray-tracing performances.

While AMD prepares to launch the latest RDNA 2 graphics cards later this year, NVIDIA is all set to announce the Ampere graphics card series very soon by the end of the month. 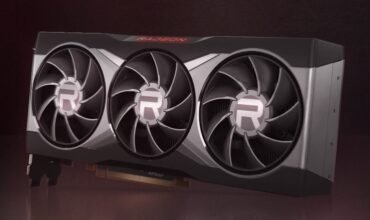 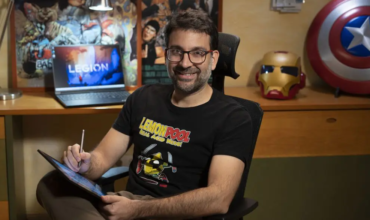